End-to-end trade-up service Knock is adding nine markets in Florida, including Naples and Fort Myers, bringing the reach of the company’s Home Swap service to 49 markets in 10 states coast-to-coast.

Knock partners with real estate brokers and agents to allow homeowners to make non-contingent offers to close on a new home that’s financed by Knock before listing their existing residence.

Since making Home Swap available in Florida last fall, Knock said it’s partnered with more than 40 brokerages in the state, and that “nearly all” Florida homeowners now have access to its services.

“Buying a home when you have one to sell is never easy,” said Knock co-founder and CEO Sean Black, in a statement. Home Swap has “given thousands of homeowners the confidence they need to make the move that’s right for them, and we’re excited to make the Home Swap available throughout the state of Florida.”

In expanding its services, Knock is partnering with seven Keller Williams brokerages and two brokerages affiliated with RE/MAX and Better Homes and Gardens: 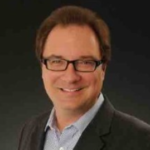 “In today’s competitive market, some homeowners are afraid to list their home because they’re not sure they’ll be able to find a new one,” said Mark Olesh, regional director of Keller Williams’ South Florida Region, in a statement. “Since the Knock Home Swap allows you to buy first, you have the time you need to find the home you dream about, and then sell your home for the maximum price. Homeowners have the upper hand,” said Olesh, who is also the operating principal of Keller Williams Realty Fort Myers & The Islands.

Having raised $600 million and hired Goldman Sachs to help it prepare for a public offering, Knock plans to hire nearly 400 employees this year to pursue its ambitious plans to be in more than 100 markets by 2023.