After being mentored, program participants will find real estate-oriented projects they want to work on in their communities. Those projects will be financed from a charitable fund PeerStreet has set up with the Tides Foundation, a “nonprofit accelerator” that focuses on social justice issues.

Finally, once the ENUF participants’ work starts generating a profit, some of that money will be reinvested to fund future projects by more entrepreneurs in underserved communities.

PeerStreet is best known as a platform that promises to let people “invest in real estate, without the hassle or expense of managing property.” CEO Brew Johnson co-founded the company in 2013, and the idea is to connect investors and real estate entrepreneurs, helping both build wealth along the way. Typically, entrepreneurs working through the PeerStreet system will buy properties, fix them up, then either sell or rent them.

In Wednesday statement on ENUF, Johnson said his company has created a “wealth-generating machine,” though wealth in the U.S. is not evenly distributed.

“There is a massive wealth gap in America and the numbers are just shocking: the average white family is ten times wealthier than the average black family,” Johnson said. “To make matters worse, because black families on average have fewer assets, it’s harder for them to access capital to start creating wealth. It’s a negative flywheel. The goal with ENUF is to reverse that flywheel.”

PeerStreet’s new program comes amid a renewed interest generally in correcting long-standing shortfalls when it comes to diversity in real estate. Just this week, for example, HomeLight launched a new program to increase the number of Black real estate agents. Last fall, the National Association of Realtors also issued an apology for its part in past housing discrimination, and earlier in 2020 Coldwell Banker debuted a program to increase diversity among its ranks.

The list of recent diversity-oriented initiatives could go on, but the point is that after a year of protests over discrimination in policing, as well as reports of rampant discrimination among real estate agents themselves, a number of industry players have launched efforts to boost diversity in real estate. 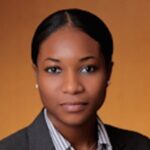 In the case of PeerStreet’s new program, Ashley Flucas — a general partner at venture firm Flucas Ventures — will serve as a founding advisor.

In a statement Wednesday, she described real estate as a “powerful economic driver” for building wealth, adding that “helping others to be able to grow wealth through real estate is very exciting.”