This is the fourth installment in Inman’s Inventory Insanity series on the current supply shortage. Don’t miss part 1, Why are there no homes for sale in America?, part 2, Notes from exhausted agents on the front lines of the inventory shortage. and part 3, The secret economic forces fueling the housing shortage. And check back tomorrow for the final installment.

Lauren Wasteney knew buying a house would be tough. She just didn’t know it’d be this tough.

Wasteney is one of millions of Americans who have decided to buy a home recently, and who subsequently crashed head first into a market with historically low inventory. The situation has left agents across the country exhausted and overworked as they spend months taking clients to showings that translate into failed offers. And it has worried economists, who see problems with housing affordability getting worse and worse.

But at the most fundamental level, the inventory shortage is a problem first for consumers. They’re the ones putting up more and more money for houses whose appreciation seems unstoppable.

And when they lose one bidding war after another, they’re the ones who can’t get into the housing they need. Stories of struggling consumers abound, but below are two that highlight what it’s like to be a middle-class buyer in a market that seems to no longer have room for everyone.

Buying in the Bay Area

Wasteney began searching for a home in February, though she had been, in her own words, “haunting Zillow” for long before that. Her budget topped out in the high $400,000 range, and she explained that while she would have liked to save for a few more years, she ultimately decided to move forward because interest rates are so low.

Wasteney’s search focused on the eastern side of California’s Bay Area, where cities like Oakland and Alameda have traditionally been somewhat more affordable than San Francisco itself.

Wasteney told Inman the first home she zeroed in on was listed for around $460,000. She knew she would have to offer more than the property’s asking price, and $475,000 seemed reasonable to her.

But that price was a nonstarter: Before Westerly could even submit an offer, her agent called and revealed the seller had already received offers for more than $500,000. Westerly ultimately gave up on the property and never sent her offer in.

“It was more of a derailed sort of offer,” she said.

Undeterred, though, Wasteney moved on to another property she said was “really slapdash” and an obvious flip. The home was asking $430,000 and Wasteney decided to offer $450,000 — although she did so reluctantly.

But someone else apparently did, because Wasteney once again lost the bid and never even heard what the final price was.

Finally, she found a third property. This one was a condo in Richmond, at the northern tip of the San Francisco Bay. It was listed for $450,000 and seemed promising because most lenders wouldn’t finance a loan on the property — meaning the competition should have been less fierce. On top of that, the condo was located a short distance from Wasteney’s work, making it even more attractive to her.

She ultimately offered $480,000. She spent a week agonizing without hearing back. And then, she lost again.

“I didn’t necessarily expect to be accepted,” she said, “but it’s always still a punch in the gut. You do start imagining yourself in it.”

These numbers may not sound wild to battle-hardened observers of the Bay Area housing scene, where some listings have recently sold for as much as $1 million over their asking prices. But they do highlight how not everyone in the region is a tech millionaire, and how people with otherwise middle-class lifestyles are being squeezed out entirely.

As of this writing, for example, Richmond — where Wasteney was looking and which has a population over 100,000 — had just 33 properties listed for sale on Zillow (and some are lots, rather than houses). Every house in the city is listed for less than $500,000, meaning it should be exactly the kind of place someone like Wasteney could afford.

However, a review of homes that sold over the last month shows that five homes in Richmond went for over $1 million, and 25 home sold between $700,000 and $1 million. Only 15 homes sold for less than $500,000 during that time period, the majority of them well over their asking prices.

In one case, a home that sold for $420,000 in October appears to have sold again two weeks ago for $650,000. That means a buyer like Wasteney has been priced out of one of the last affordable enclaves in the region in just five months.

Wasteney still didn’t have a house when she talked to Inman, and her voice was tinged with the same sense of exhaustion that many agents seemed to have when they too spoke with Inman.

Most recently she has been considering a home that’s subject to a probate sale. But Wasteney said it’s obvious the home needs work, though there’s no inspection report right now so it’s not clear how deep the property’s issues run. She said it “would be pretty risky” to put an offer on the house, but in the Bay Area high risk has become par for the course.

“I think my experience is pretty common, there’s always someone who is offering more,” Wasteney concluded. “Basically it sucks. It really sucks.” 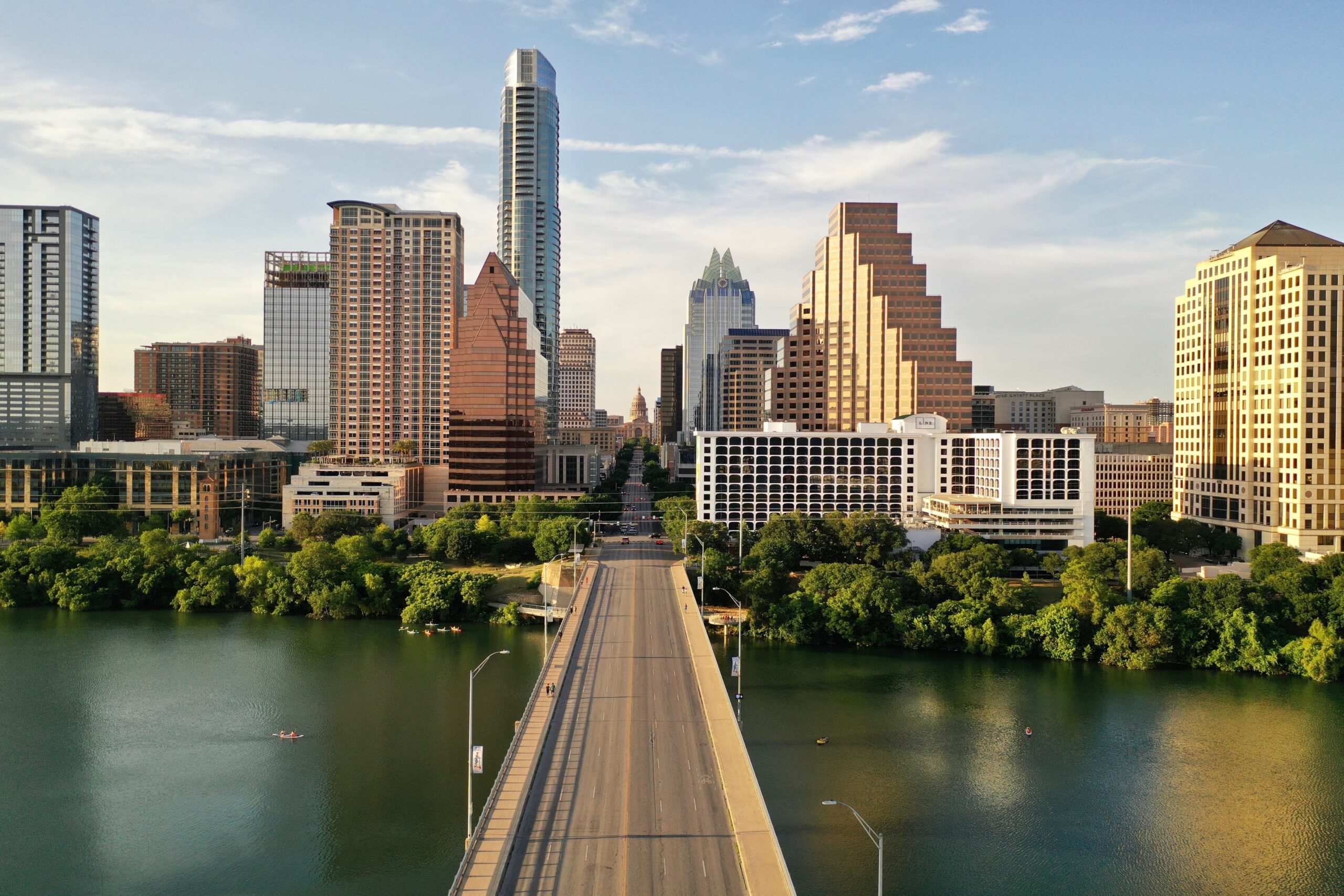 The Bay Area isn’t the only place that’s brutal for buyers right now. Case in point: One Texas woman, who asked to speak anonymously, said that she’s spent the last several months trying to buy a condo in Austin. The would-be homebuyer had a friend who sold a property in a condo complex 18 months ago for just under $390,000, so she began her home search in that same complex.

Very quickly, however, the woman had a rude awakening: A unit comparable to her friend’s was now listed for $499,000.

The price jump was too hard a pill to swallow, so the woman didn’t make an offer.

By January, she had found another property in Austin listed for $599,000. After consulting with her agent, the woman offered $630,000 but days later found out she was “on the low end” among the offers the seller received.

“I was mystified, confused,” she said, “because the listing price doesn’t have any meaning. It’s arbitrary.”

She also discovered she had offered the lowest amount of earnest money, and that her financing contingency had made her less competitive.

By March, she was looking once again at the same condo complex where her friend had owned. But now, a comparable unit was listed for more than $600,000. Moreover, the owners wanted to stay in the home after the sale, rent free, for at least 60 days.

The woman was out of town when the condo hit the market, and sellers in Austin have come to expect responses almost immediately. So she made an offer sight-unseen while traveling in a different state. But it was half-hearted effort that only upped the offer price by about $10,000, and which ultimately proved fruitless.

“I didn’t know how I’d feel paying over $600,000 for something I could have bought a year and a half ago for $389,000,” she concluded, adding that she still hasn’t found a place in the city and maybe never will. “I’m to the point where I’m about to give up on Austin.”

Instead, she has focused her efforts on Houston, where she currently lives. In Houston, she lost her first bidding war after offering $75,000 over the asking price on a single family home. She had also offered to cover closing costs, and told the buyer she’d match other offers.

This story, at least, has something close to a happy ending: The woman is currently closing on a house in Houston.

The home is located in a gated community where one of the woman’s friends lives. She found the property by having the friend chat up the guard at the gate, who happened to have the inside scoop on couple in the community that was planning to sell. The friend then knocked on the couple’s door, and ultimately connected the prospective buyers and sellers.

It was the kind of rigmarole that would have sounded like overkill years ago, but which increasingly is the way buyers have to approach the market.

“You just have to get creative,” the woman said. “You do whatever you have to.”

This is the fourth installment in Inman’s Inventory Insanity series on the current supply shortage. Don’t miss part 1, Why are there no homes for sale in America?, part 2, Notes from exhausted agents on the front lines of the inventory shortage. and part 3, The secret economic forces fueling the housing shortage. And check back tomorrow for the final installment.

10 Pandemic-Tested Truths About Homebuying This Year