After years of back-and-forth with the previous U.S. Department of Housing and Urban Development’s leadership, LGBTQ+ advocates gained ground in their fight for housing equality.

Following President Biden’s executive order “Preventing and Combating Discrimination on the Basis of Gender Identity or Sexual Orientation,” HUD announced on Thursday housing discrimination based on sexual orientation and gender identity is prohibited, as recent court rulings have lumped them under the Fair Housing Act’s protected class for sex.

“Housing discrimination on the basis of sexual orientation and gender identity demands urgent enforcement action,” Office of Fair Housing and Equal Opportunity Acting Assistant Secretary Jeanine M. Worden said in a press release. “That is why HUD, under the Biden Administration, will fully enforce the Fair Housing Act to prohibit discrimination on the basis of gender identity or sexual orientation.”

“Every person should be able to secure a roof over their head free from discrimination, and the action we are taking today will move us closer to that goal,” Worden added.

HUD pointed to Bostock v. Clayton County as the legal basis for its interpretation of sex discrimination, which historically has applied to women who experienced sexual harassment from landlords, property managers or “other potential abusers.” In the case, Supreme Court justices determined in a majority opinion that Title VII of the Civil Rights Act, which bars sex discrimination in the workplace, also covers gender identity and sexual orientation.

“An employer who fired an individual for being homosexual or transgender fires that person for traits or actions it would not have questioned in members of a different sex,” Justice Neil Gorsuch wrote in the opinion. “Sex plays a necessary and undisguisable role in the decision, exactly what Title VII forbids.”

“Those who adopted the Civil Rights Act might not have anticipated their work would lead to this particular result,” Gorsuch added. “But the limits of the drafters’ imagination supply no reason to ignore the law’s demands. Only the written word is the law, and all persons are entitled to its benefit.”

Beyond Bostock v. Clayton County, there have been multiple federal judges over the past four years who ruled in favor of plaintiffs who claimed they faced housing discrimination due to their gender identity or sexual orientation. In each case, the judges echoed Justice Gorsuch’s ruling and said it was reasonable to interpret sex discrimination including gender identity and sexual orientation.

“In this case, the Smiths contend that discrimination against women (like them) for failure to conform to stereotype norms concerning to or with whom a woman should be attracted, should marry, and/or should have children is discrimination on the basis of sex under the FHA. The Court agrees,” U.S. District Judge Raymond P. Moore said during his 2017 ruling in favor of a cisgender and transgender couple. 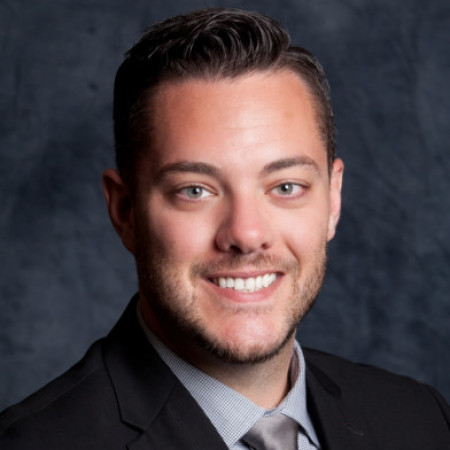 “Well, it’s no secret that the previous administration (despite its own claims) was not friendly toward the LGBTQ+ community,” he said. “Many of us feel that they took every possible opportunity to show this ranging from adoption, to shelter, to military service, to economic abilities.”

“President Biden, however, is a friend of the community and is walking the walk,” he added. “With his signature on several executive orders immediately after inauguration, he started the process of walking back the hateful and discriminatory policies of the former regime.”

Although he supports Biden’s executive order and HUD’s policy announcement, Weyandt said both are ultimately temporary fixes that could easily be reversed through another set of executive orders by a future administration.

“Our past few presidents really have been governing largely by executive order. It’s a mess,” he said. “Convenient for the beneficiary of the EO at the time, but overall, a mess of red tape and paperwork for the next administration to work with or erase.”

“This is a Band-Aid, but this Band-Aid gives us some time to figure out a long-term solution to ending discrimination on a policy level,” he added.

What the LGBTQ+ community needs, Weyandt said, is the passage of the Equality Act, which would amend the Civil Rights Act of 1964 to include sexual orientation and gender identity. The House of Representatives passed the Equality Act in 2019, but it’s been stalled despite support from the National Association of Realtors and other real estate powerhouses, such as Realogy, Zillow and Keller Williams.

“We need the Equality Act to get back through the House, through the Senate, and onto the Resolute Desk for signature,” he explained. “That can’t come soon enough, and once it happens, [it] will signify a fundamental shift in the work we do at the Alliance from focusing on equal rights protections for our community, to focusing on LGBTQ+ homeownership numbers and, as a result, increasing generational wealth.”

Weyandt said he expects a wave of complaints to be filed, as HUD’s policy change allows complainants to report cases of discrimination from 2020 as well. But he trusts HUD will “swiftly and justly” review complaints from individuals and advocacy groups such as the LGBTQ+ Real Estate Alliance and the National Fair Housing Alliance.

“It’s hard to enact change without government enforcement. That all changed on Thursday,” he said. “There are finally consequences for discrimination in this country again.”

Although HUD’s announcement has given Weyandt hope, he said the change will “get controversial,” as he’s already noticed comments from real estate professionals saying HUD doesn’t have the power to change the interpretation of the Fair Housing Act.

“I’ve been watching real estate professionals for two days now post on social media that this is a huge overstep, that HUD doesn’t have the power to make this interpretation and flex its muscle in prosecution of this hate,” he said.  “I disagree with that strongly, but it shows that not everyone is on the same page here.”

Despite the events of the past four years, which has included stories of agents discriminating against LGBTQ+ consumers and colleagues, Weyandt said “changing hearts and minds takes time,” and he’s dedicated to seeing the passage of the Equality Act through.

“The first step was put into play with enforcement. The next step falls on organizations like The Alliance to go out there and work with our communities to foster understanding and education and encourage allyship,” he concluded. “We’re excited for the challenge, and we welcome HUD’s much-needed policy shifts.”