For Stephanie Anton, recruiting and retention are all about culture.

“Retention is all about culture because I think when you build culture, you build loyalty,” she said Tuesday. “And retention is just re-recruiting your agents.”

Anton — who is a senior vice president at Corcoran — made the comments Tuesday during Inman Connect in a session dubbed “Operating at the Speed of Now: Recruiting and Retaining Talent in 2021 and Beyond.” The session also included Sven Andersen, president and CEO of Andersen Group Realty in Massachusetts, and focused on concrete tips real estate leaders can use to attract the best talent in the industry.

The gist of the session was that agents need to feel supported and connected to their brokerage. But here are the specifics that Anton and Andersen use themselves, and which they recommended to other leaders:

Anton said she has spent much of her multi-decade career working with top producers, and the reality is that “they want to be treated differently.” Doing so, then, is one of they keys to ensuring they don’t jump ship to another brokerage.

“Recognition is something you need to do year round,” she added.

Anton specifically recommended providing networking opportunities with other top producers, offering top-producers a higher level of support, and giving them “things like badges they can use.” The objective, she said, is to build more than just an intellectual connection with agents.

“You can make an intellectual connection with someone,” she said, “but emotionally, that’s when they’ll stay.”

Both Anton and Andersen said they like to use social media to connect with potential agents. But Anton said she specifically like to directly message people — a practice known colloquially as sliding into a person’s DMs — on Instagram because on other platforms people sometime never see messages from non-contacts.

“You can ignore all the email that comes in, but I pay a lot more attention when someone DMs me,” she said. “Especially when it’s on Instagram. On Instagram I find that I see it. It’s a way to stand out and connect.”

Andersen added that in some cases he likes to simply comment on people’s social media posts in order to build a relationship with them. The goal isn’t to explicitly sell them on the idea of joining or staying at a brokerage, but instead to show that you care.

“We just need to make sure we stay top of mind,” he explained, “and those little things we do make a difference.”

Additionally, Andersen said he has had success reaching out to people on LinkedIn.

Look for talent outside real estate

“We find that the people in these sectors are humble and hungry,” he explained.

Anton agreed and said that some of the best people she has worked with started off waiting tables and loving it.

“They are people that, A) are motivated by money, B) are high-service, and C) that do their job better when they’re in the weeds,” Anton said.

The specific industries that generate the best real estate recruits may vary by location, but both leaders’ point was that other industries can be fertile recruiting grounds 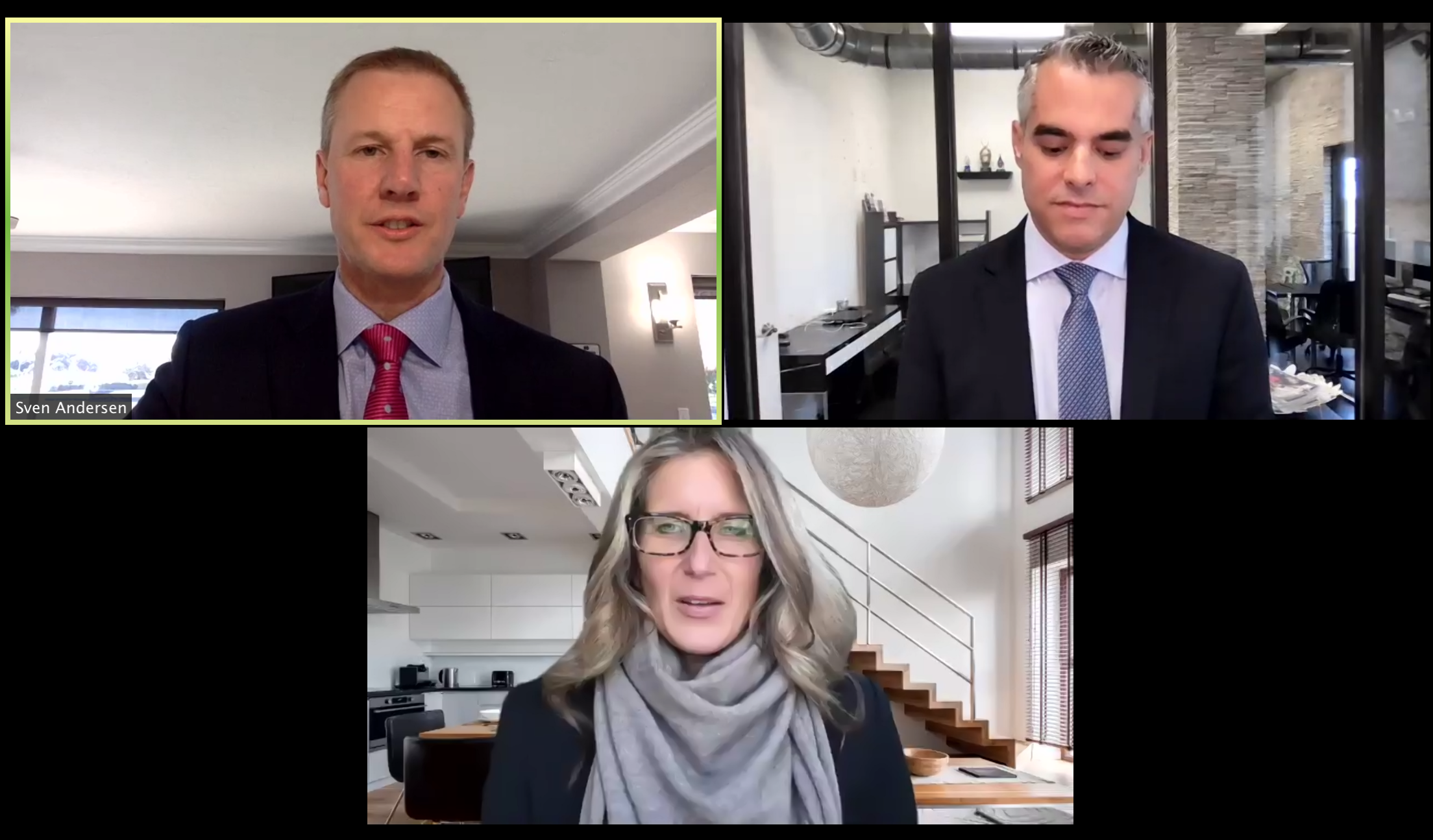 Reach out to agents on the other side of deals

Anton said that it’s important for company leaders to congratulate and communicate with their own agents, but there’s no reason they have to stop there. If they’re interested in hiring , they can also ping the people who are working with their agents.

“Reach out to the agents on the other side of your agent’s transactions,” Anton suggested. “Send them a note of congratulations.”

Focus on culture and communication

In the end, there isn’t one magic recipe for building a brokerage full of successful agents. But both Andersen and Anton said its important to stay in communication with agents and to build a culture they want to be a part of. That specifically happens when, among other things, brokerages have a consistent message.

“They have a very clear brand message and they can articulate that,” Anton said of successful companies.

Andersen added that he has also focused his efforts on things like training and, during the coronavirus pandemic, holding virtual events to make sure his people still interact with one another.

“This whole pandemic changes the things we do,” he said. “You’ve just gotta think out of the box.”

It’s Not Too Late: 5 Ways To ‘Futurecast’ Your Business Plans For 2021

Don’t Understand Instagram? Here’s What To Know In 45 Seconds

The 6 kitchen design wishlist features from buyers who love hosting

5 Ways To Level Up Your Local Expertise

Getting the gang back together

Is social engineering the next big cyber risk?

Workers of the world, unite (twice a week)