Lower will use the funds to expand its product line and accelerate its growth. The company’s website currently lists more than two dozen employment opportunities.

Lower, a home finance platform that provides mortgages, real estate brokerage services and insurance through a family of companies, is hiring after raising $100 million in a Series A funding round led by venture capital firm Accel.

Launched in 2018 as an AI-powered “smart mortgage lending” provider, Lower now provides bundled services, promising to help consumers “no matter where they are in their homeownership journey.”

The Columbus, Ohio-based company says it’s generated more than $300 million in revenue to date, and is “already profitable and growing rapidly.” Lower will use the funds to expand its product line and accelerate its growth. The company’s website currently lists more than two dozen openings for positions in marketing, operations, sales and technology.

“More investment means faster growth and more impact,” Lower co-founder and CEO Dan Snyder said in a statement. “Homeownership is the greatest wealth creator for Americans and Accel’s history of supporting bootstrap companies and their investment means we can help more people achieve it faster.” 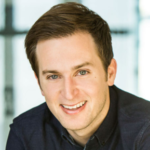 Accel partner John Locke, who is joining Lower’s board of directors, called Lower “one of the most interesting fintech companies in the U.S. Lower has a unique opportunity to break down barriers to home ownership.” In announcing the deal, Accel said Lower is the “largest bootstrapped fintech company we’ve ever seen,” and the biggest Series A funding round of an Ohio company.

Last month, Lower rolled out a new mobile app, that allows consumers to open an interest bearing FDIC-insured deposit account to save up for a home, and earn a dollar-for-dollar match on the first $1,000 saved. The HomeFund app utilizes an API-based payments processing platform provided by Galileo Financial Technologies, with accounts held at Evolve Bank & Trust.

And just last week, Columbus’ Major League Soccer team, the Columbus Crew, said the team’s new $313.9 million, 20,000-seat stadium will be named Lower.com field. According to Sports Business Journal reporter Mark J. Burns, Lower will pay $3 million to $4 million per year for the the multi-year naming rights to the stadium, which hosts its first game on July 3.

“We have nearly 1,000 local team members, have funded billions in loans, and have been named the top workplace in Columbus, and yet, we’re still relatively unknown as a company,” Snyder said of the naming rights deal. “So, this partnership, to some extent, is the coming-out party for our brand.”

This month Flyhomes, a pioneer of the end-to-end homebuyer model, announced $150 million in Series C funding that it will use to expand beyond its current markets of Seattle, the San Francisco Bay Area, Los Angeles, San Diego, Portland and Boston.

Refinancing A Pain, But Survey Finds Most Homeowners Considering It

Home Offers Facing Competing Bids Have Plunged Over Past 6 Months