During Inman Connect, the former Zillow Group exec discussed his new startup and why he sees a future where most brokers will merge tech-enabled services with traditional, human-touch assistance.

“We’ve made a lot of profits out of offering a relatively disjointed customer experience [thus far],” Schwartz said in conversation with Clelia Peters during at Inman Connect on Thursday. “But that doesn’t mean you need to go to an industry that’s run by tech only.”

Schwartz, former president of media and marketplace at Zillow Group, recently co-founded Tomo, a digital mortgage startup that aims to “approach the market from a bit of a different lens.”

Schwartz said the mortgage process should be made more painless for consumers, likening it to “the PayPal of the housing industry.” To that end, Tomo’s first product will be a purchase digital mortgage tool with agents and customers in mind.

“It will address a lot of the friction we hear from both of those parties,” he said.

He went on to say that things like data comparison and other repetitive processes should be left to automated systems, while components like comparing neighborhoods and knowing if a home is well-priced should fall under an agent’s responsibility.

He used the analogy of “the elephants and the ants” in the real estate industry, with big institutions that have a lot of market power but move more slowly being the elephants, and smaller startups that can test and codify new ideas quickly being the ants.

“The elephant steps on an ant, not because it wants to, but because it can’t even see it,” Schwartz said. “That’s how customers and agents are being treated by an industry that isn’t bad.”

During the session Schwartz expressed a sincere pledge to maintaining humanity in the industry, rather than allowing it to become overrun by industrialization.

“There’s got to be humanity in the industry,” Schwartz said. “I see two very different visions for what’s ahead.”

Schwartz described one vision of industrialized real estate agents who “turn into units of production” and essentially lose their agency “in the name of customer experience,” and another vision of entrepreneurial agents who are allowed to be “set free” from tech, but served with better tools in the future. 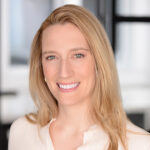 Zillow has been known to elicit mixed feelings from agents, with some rallying against it because of the power its gained in the industry. So, Peters pointedly asked Schwartz, “Can you still say you’re an advocate for humanity?”

“I think so,” Schwartz replied. “The time I enjoyed the most and the things I’m most proud of aren’t the things you read about … it’s about relationships.”

“I think the friends you travel your career with speak way louder than worries online,” he added.

Schwartz went on to tell Peters that he thought investors were largely motivated to support his new venture because of three primary factors: 1) the team (“they want to see a history of success”), the total addressable market, and 3) the product or strategy.

“The U.S. real estate market is huge,” Schwartz said. “[And] we’ll be out there with a bold vision, so that brought some support from some great investors.”

Although he couldn’t reveal details, Schwartz hinted that the company may be able to rollout a product sometime during the summer.

“We’re going to be going day and night certainly until summertime,” he said. “I hope we can take some time off in summer.”