A month and a half after HousingWire acquired Real Trends, a pair of former executives from the influential real estate ranking firm have officially launched a consulting company.

The new company is called RTC Consulting and is the brainchild of Steve Murray, who co-founded and previously served as president of Real Trends, as well as Scott Wright, former Real Trends vice president. According to a statement, RTC Consulting is a “real estate research and management consulting firm” that will advise companies on “valuations, mergers and acquisitions, and business planning services.”

The statement goes on to tout Murray and Wright’s past experience consulting on those issues.

Murray co-founded Real Trends more than three decades ago, and over the years grew it into a well-respected consulting, ranking and research company. The Real Trends 500 — which ranks companies by transaction sides — is routinely covered by the media, including Inman, and landing a top spot on the list is a prestigious accomplishment that brokers and firms often foreground in their marketing.

Most recently, HomeServices of America scored the leading spot on the list.

However, in December real estate and mortgage news website HousingWire announced that it had bought Real Trends. HousingWire plans to continue publishing Real Trends’ rankings, and Murray will keep producing content for the company. Beyond that, though, the deal involved him stepping down from his top leadership role and, in his own words, “staying out of the way” as the HousingWire team works to grow the brand.

In Tuesday’s statement on his new company, Murray said “innovation and transformation are of fundamental importance in our plans for RTC Consulting.”

Both Murray and Wright will be partners in the new company. 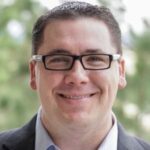 Wright added in the statement that Murray “wrote the book for valuing residential brokerage firms, and his reputation and credentials are unmatched in this industry.”

“I am thrilled to be joining him in this venture that is 40 years in the making,” Wright added. “Together, we will create new momentum in our drive to deliver undeniable benefits to our clients.”

DocuSign Partners with the California Association of Realtors