After a year of downward action, foreclosure rates have hit a historic 22.5-year low: 0.2 percent.

Total delinquency rates fell to 4.4 percent in June, down 2.7 percentage points from last year, according to data released Tuesday from property analytics provider CoreLogic. Such historically low numbers show that initial fears that the pandemic would trigger a string of foreclosures are proving to be unfounded — although, experts warn, that could change as various government forbearance programs end.

“The downward trend in delinquencies, especially serious cases, is very encouraging — and a testimony to the impact of the significant economic rebound over the past six months, as well as government stimuli, record-low mortgage rates and loan modification options,” CoreLogic CEO Frank Martell said in a statement. “Providing resources to homeowners experiencing distress to help educate them on available government and private-sector support will aide in shrinking delinquency and foreclosure rates even more over the remainder of this year.” 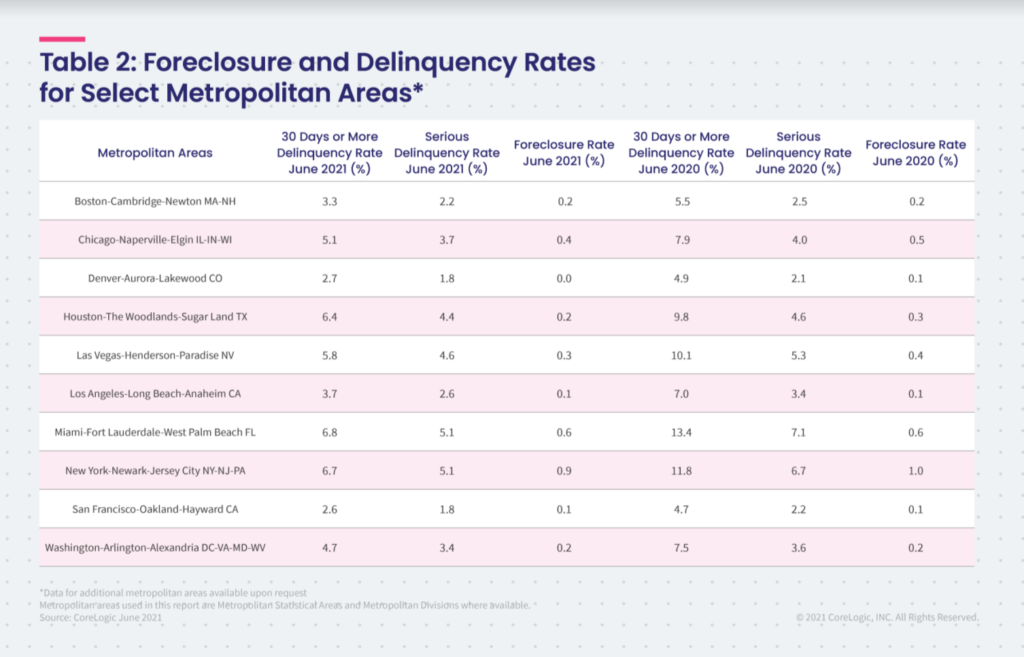 “While job and income growth has helped to push delinquency rates down, there are many families that remain in financial distress,” CoreLogic Chief Economist Dr. Frank Nothaft said in a statement. “More than one million borrowers had missed six or more payments as of June, triple the number of borrowers pre-pandemic.”

Broken down, the numbers continue to be encouraging — every U.S. state saw a drop in delinquency rates, with New Jersey, New York and Florida leading the way. While cities like Odessa and Laredo in Texas continue to have elevated delinquency rates, the situation across the country is quite strong overall — in large part due to skyrocketing home values that put anyone who owns a home at a major advantage.

By admin
28 mins ago