Fathom Holdings, the parent company of cloud-based brokerage Fathom Realty, raked in $55.8 million in a third quarter that included its IPO as the company inched closer to profitability.

Fathom Holdings, the parent company of cloud-based brokerage Fathom Realty, experienced a 74 percent increase in revenue during the third quarter of 2020, according to an earnings brief released Wednesday. The company pulled in $55.8 million as a result of double-digit growth in transactions, average revenue per transaction and agent count.

The company also reported its earnings results for the year thus far, with revenue increasing 58 percent year over year from $78 million to $123.4 million as of Sept. 30.

“By all accounts, the third quarter was a resounding success,” Fathom Holdings CEO Josh Harley said in a statement. “Our significant revenue growth reflected our expanded agent network, focus on increasing agent productivity, and improving market conditions, including continued rising home prices both in our mature and newer markets.”

“I’m especially proud of our results, which exceeded expectations, as we were only public and funded for a little over half of the quarter,” he added. “Clearly, our growth is a result of our tenacity, amazing team, and disruptive model that is attracting hundreds of agents each month.”

During the third quarter, Fathom’s agent count increased 38 percent year over year to 5,026 agents. As a result, the brokerage’s transaction volume ballooned to 8,100 (+56 percent) with an average revenue per transaction of $6,895 (+12 percent).

With its July initial public offering in the rearview, the company is inching closer to profitability with its generally accepted accounting principles (GAAP) net loss closing from $239,000 in Q3 2019 to $184,000 in Q3 2020. The GAAP net loss in both quarters equates to a loss of $0.02 per share for shareholders.

Meanwhile, the company’s adjusted earnings before interest, taxes, depreciation, and amortization (EBITDA), which is a non-GAAP financial measure, increased to $5,800 from an adjusted EBITDA loss of $170,000 during Q3 2019. 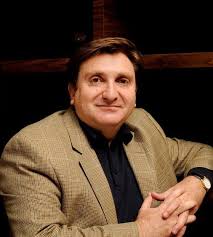 “Our balance sheet is strong and flexible, providing us the opportunity to execute our growth plans,” Fathom President and CFO Marco Fregenal said. “Despite the pandemic-related challenges of 2020, Fathom’s market remains strong, we are recruiting new agents at a rapid pace, and, at the same time, we are working to solidify and expand our market position.”

Harley said the company’s $31.1 million July IPO placed the company in the perfect position to experience strong and consistent growth through market expansion and acquisition of companies to build Fathom’s consumer and agent offerings.

“We are prudently and strategically using our IPO funds to accelerate growth, including our planned acquisition of Verus Title, which we announced earlier this month, hiring new leaders to accelerate our growth, and geographic expansion into the Oklahoma and West Virginia markets,” Harley explained. “We are continuing to identify additional opportunities to give us the ability to better serve our agents, including expanding our footprint and increasing our revenue through vertical integration.”

“Fathom has built what we believe is an exceptional company dedicated to serving others, which is one of our key missions, and is reflected in both our agent and transaction growth,” he added. “Fathom is founded on a culture of service, which assists with our agent recruiting and retention efforts [and] I believe our future is very bright.”

Insurers ask to hike rates by 25%

Inman Connect Las Vegas Prices Are Going Up On July 1