Diminished travel to large U.S. cities drove the overall drop in revenue earned from stays during February, a factor that typically accounts for 45 percent of units sold during that month. In the 50 largest U.S. cities by population, demand was down 55 percent from the previous year with urban areas seeing sharper declines than city suburbs (-60 percent and -50 percent demand change YOY, respectively).

San Jose/Palo Alto (down 76 percent), New York (down 75 percent) and San Francisco (down 70 percent) saw the sharpest declines in demand. Florida markets were most resilient to cooled demand in February, likely as a result of the Super Bowl and spring breakers. Demand was down by only 20 percent in Tampa, 25 percent in St. Petersburg and 28 percent in Jacksonville during that month.

“Never before have we seen such a large delta between current industry performance and that of new monthly bookings for future travel,” Jamie Lane, vice president of research at AirDNA, said in a statement. “The first time since May 2020 we have reported lower demand for all of the location types than the year prior.” 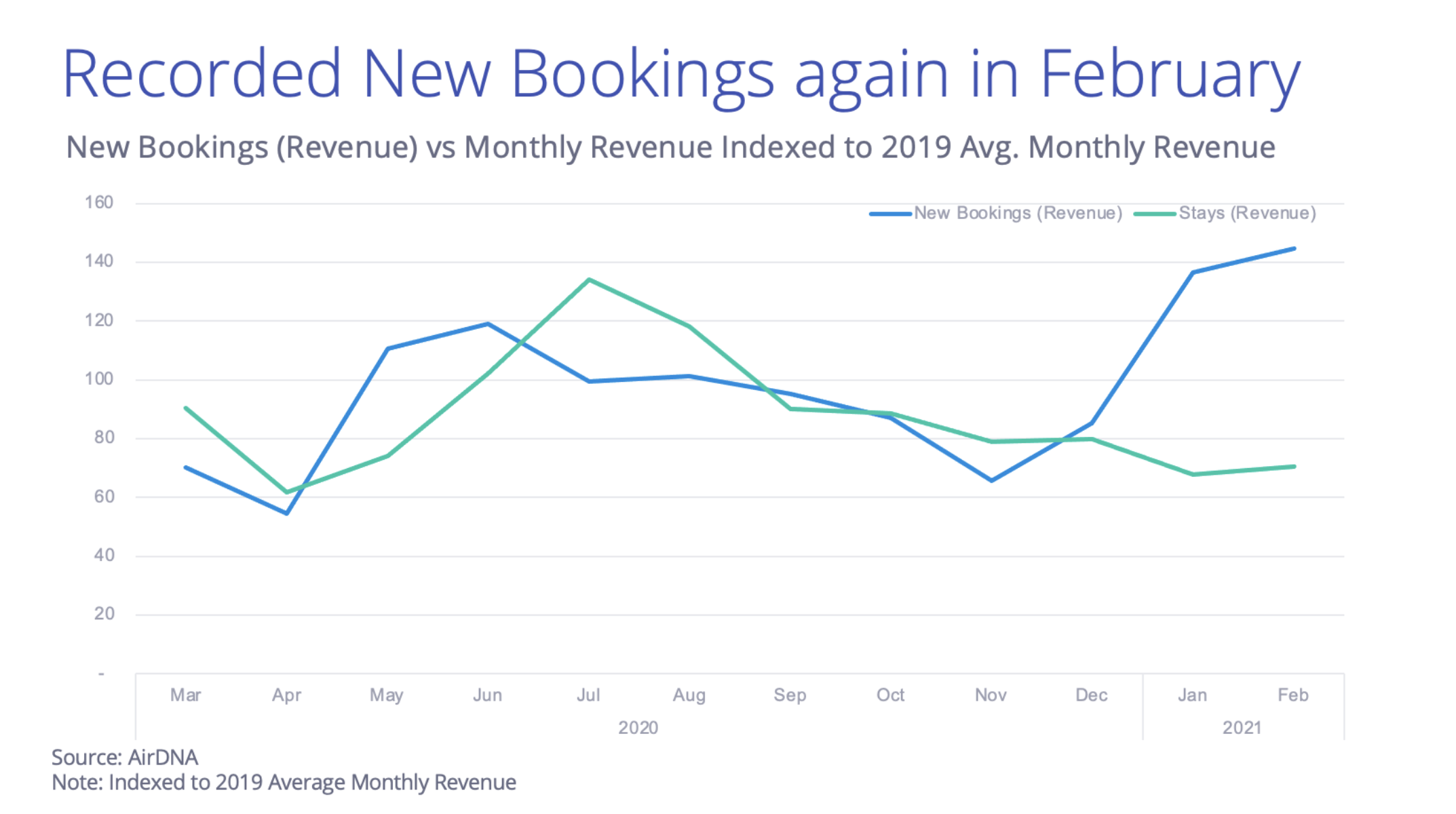 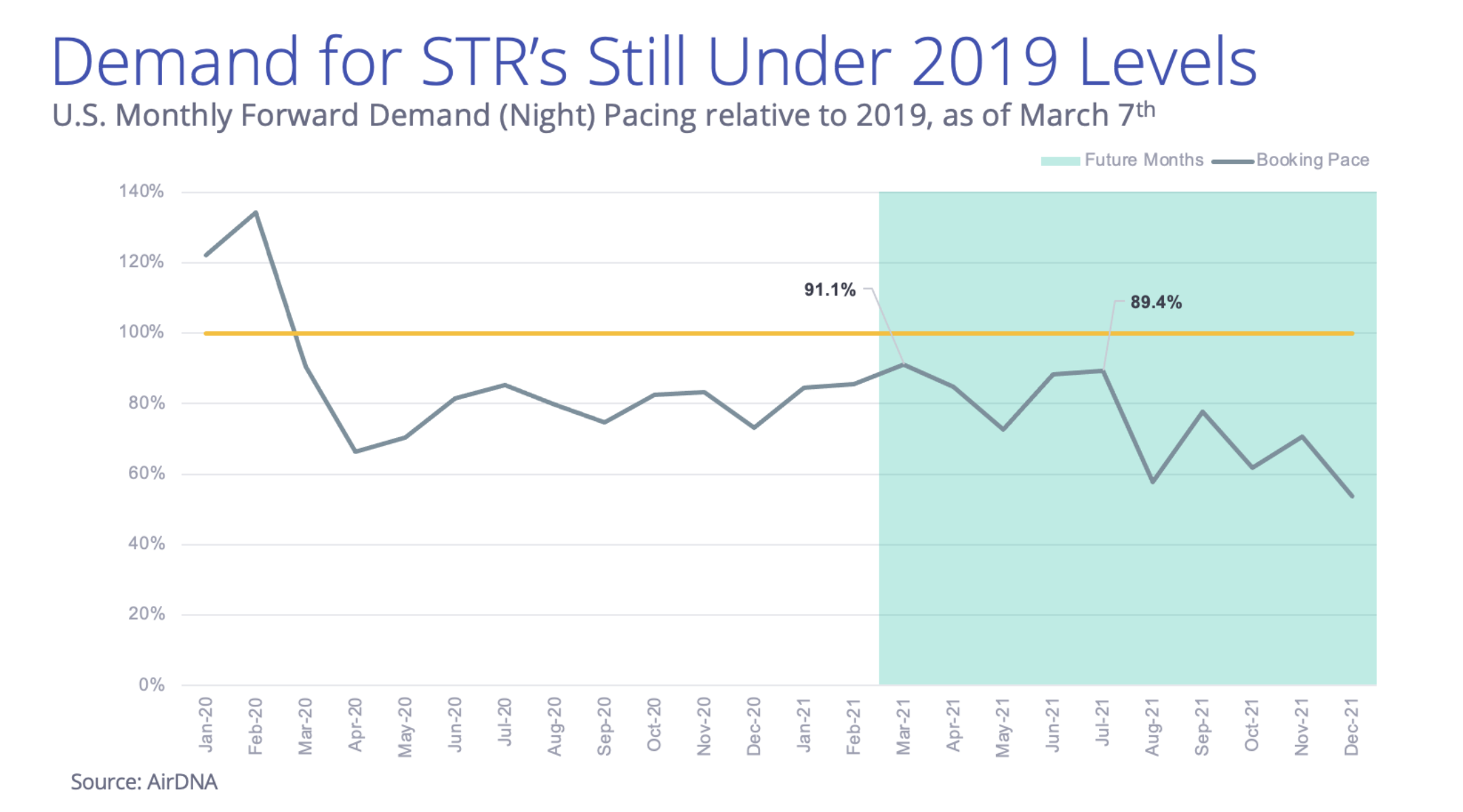 As of reservations made at the beginning of March 2021, March bookings are 43 percent occupied, which is only down 9 percent from the previous year. Similarly, short-term rentals in the U.S. are currently pacing at only 11 percent fewer nights reserved for June and July than in March of 2019.

“The data highlights the growing optimism around the end of the pandemic and signals to a surge in summer travel now that vaccine distribution is underway and COVID-19 cases are falling,” Scott Shatford, AirDNA’s CEO, said in a statement.

Adapting And Refreshing Your Coaching And Training Programs For 2023