The Adam Olsen team is based in Houston, Texas, and is at least the fourth big get for eXp in April alone.

In what is at least the fourth major coup of its kind, eXp Realty this week scooped up the Adam Olsen Team, a high-performing outfit based in Houston, Texas.

Prior to joining eXp, the team was independent. It has 40 members, including founder Adam Olsen. A statement noted that the team has done more than 500 transactions in the last 12 months, “ranks in the top 1.5 percent of all residential real estate sales professionals in the US,” and is one of the top teams in the Houston area. In addition to Houston, the team also has offices in Dallas, Waco and several other Texas communities.

April has been a banner month for eXp’s recruiting efforts. On April 2, the virtual brokerage announced it had picked up a high-performing Keller Williams team in Salt Lake City. Days later, a RE/MAX team in the Washington, D.C., area also joined eXp. And then midway through the month the brokerage lured in an independent team in the St. Louis area.

Different teams have cited different reasons for jumping to eXp, but recurring themes in these moves include the company’s virtual orientation that allows for more streamlined expansion, as well as its compensation programs. Among other things, eXp rewards agents with company stock.

In Olsen’s case, he founded his team in 2015. Prior to that, he spent three years at RE/MAX, and did an earlier stint at Keller Williams. 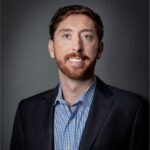 In the statement, Andrew Franklin — leader of eXp’s top team — said he was excited for Olsen to join the company and praised the team’s work.

“What they have built in the short time their team has been around in the Houston area,” Franklin said, “is nothing short of spectacular.”