When personal finance guru Dave Ramsey began kicking eXp Realty agents out of his elite referral program earlier this month, it was the shot heard round the real estate world. Agents told Inman they felt betrayed, and with radio silence from Ramsey’s company Ramsey Solutions, the incident prompted widespread industry debate about what exactly was going on.

But this conflict has also turned a spotlight on a world of lead generation that is bigger and more complex than is immediately apparent. And it has ignited a debate about what responsibilities members of that world have to both agents and consumers.

Ramsey isn’t the only big name with a referral program. In fact there are several others that operate with a broadly similar concept. And Matt Wagner has helped build them.

Wagner is the president of a marketing company called Radio and Television Experts. The company’s bread and butter is getting big-name endorsements for real estate agents that air on radio and TV. So for example, Sean Hannity might record a brief blurb recommending a particular agent in a particular place.

But years ago Wagner also ended up building a referral program for conservative media personality Glenn Beck. Wagner told Inman he first started working with Beck more than a decade ago, and the referral program itself launched about seven years ago, emerging from Beck’s negative experiences finding a good real estate agent.

“Glenn was on a mission,” Wagner recalled. “He took it upon himself to help his listeners not go through the pain he did.” 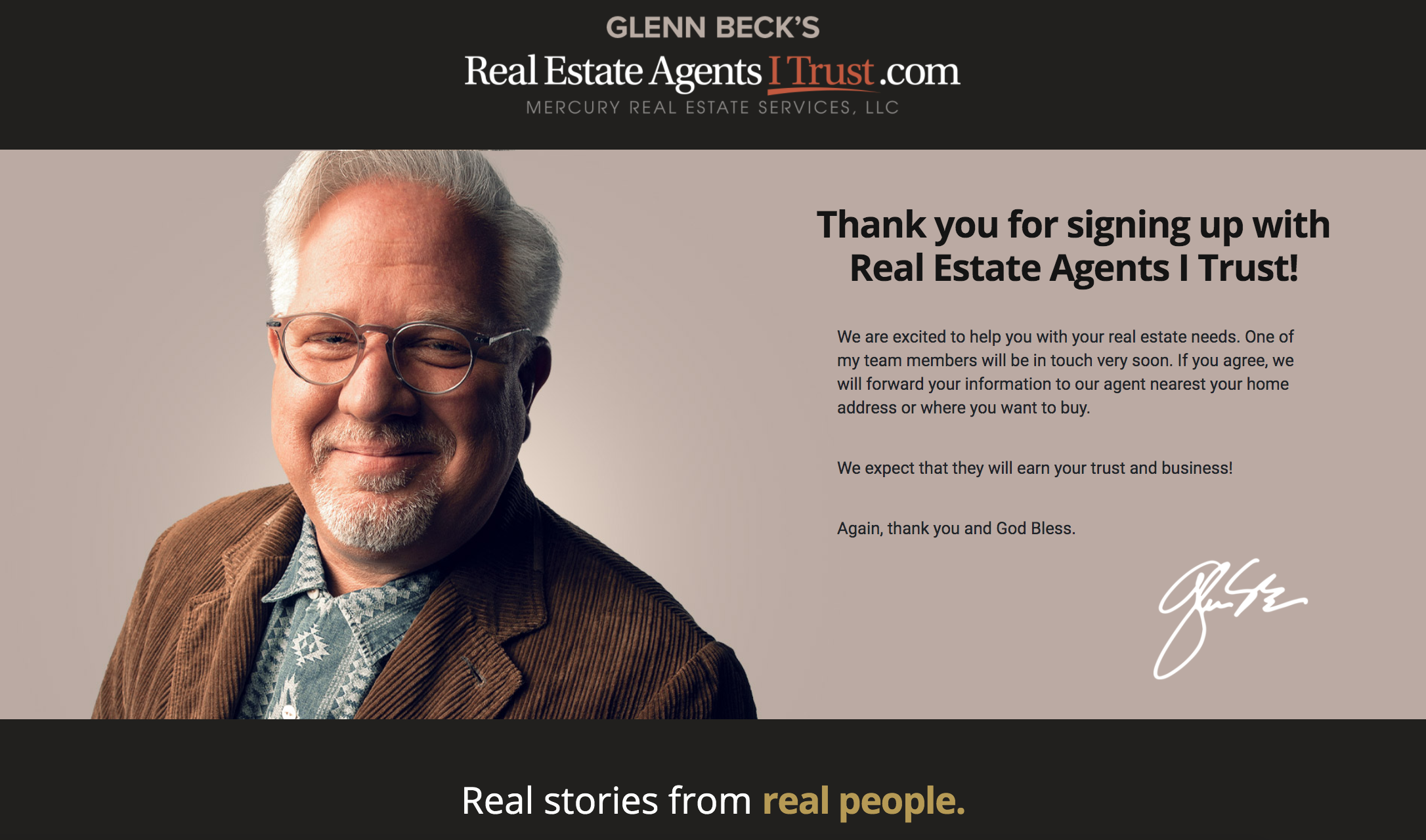 Today, that program still exists and is called “Real Estate Agents I Trust.” Wagner — who has since turned over operations of the program to Beck’s team — said Beck plugs the program in his radio and TV shows, as well as in his newsletter. Consumers who hear those promotions and who are looking for an agent can then visit the program’s website and have their contact information delivered to a participating agent.

In this way, Beck’s program is similar to Ramsey’s, which also receives promotion and generates leads via Ramsey’s media appearances. Ramsey’s program also collects 30 percent of the participating agent’s gross commission, which Wagner said was similar to Beck’s offering.

About 8 years ago, Wagner also built a referral program for real estate tycoon and TV star Barbara Corcoran. Wagner said the program began after he reached out to Corcoran to appear at an event he was hosting.

“She invites me up to her dressing room,” he said. “And she’s just drilling me with questions.”

That moment eventually evolved into today’s program, which Wagner said involves ads on TV, social media, movie theaters and a variety of other venues. The ads can generate leads on their own, and participating agents can also display their involvement in the program on their own sites — which Wagner argued gives them an added sense of credibility. 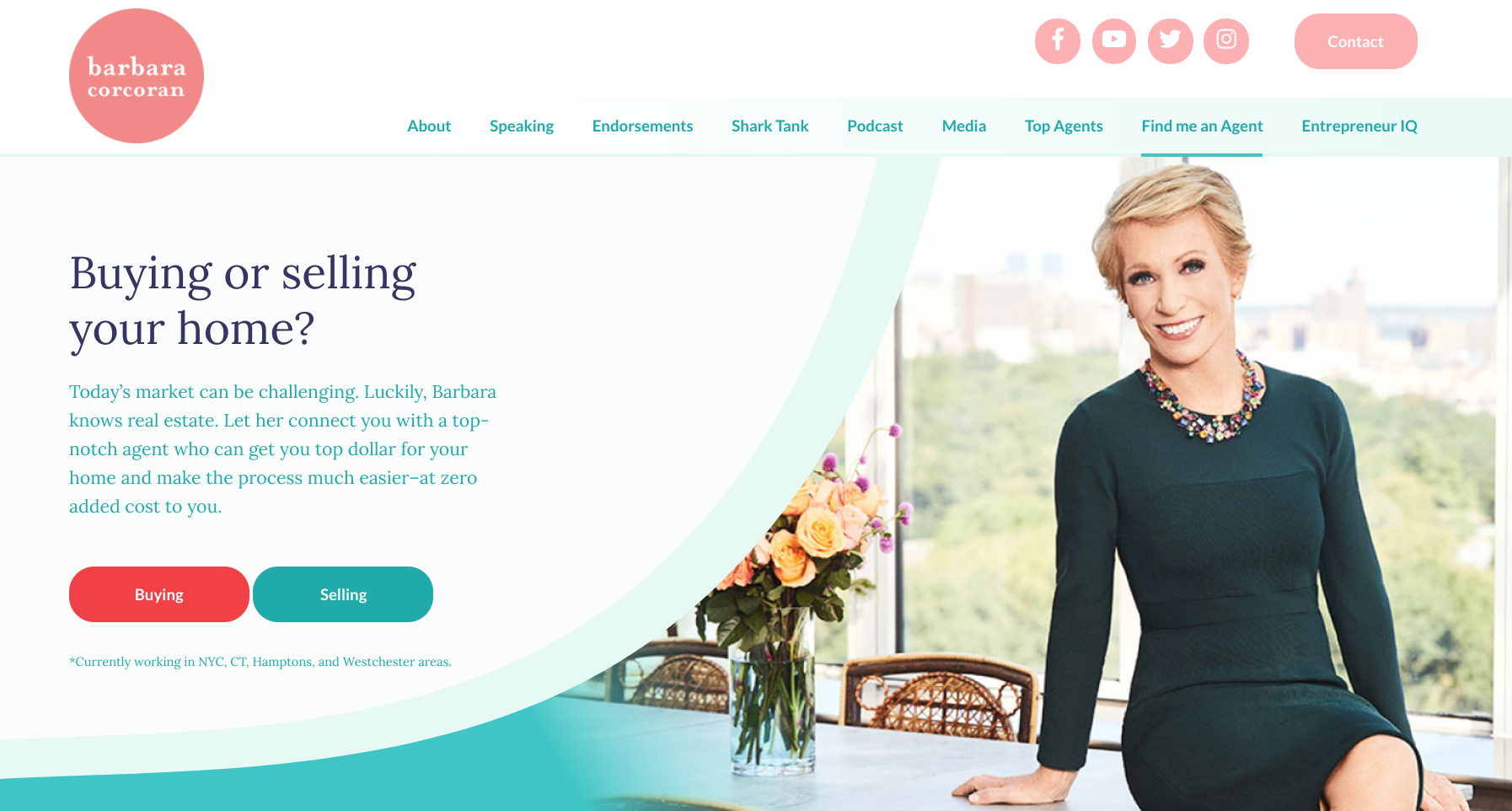 Wagner — who still operates Corcoran’s program — declined to say exactly how much agents pay to participate, but said the cost is lower than the fees that both Beck and Ramsey collect.

Beck and Corcoran did not immediately respond to Inman’s request for comment.

In any case, the idea here is not that there’s anything wrong with these programs. Indeed, Morgan Carey — who also worked on Beck’s referral platform and who now owns technology firm Real Estate Webmasters — told Inman many of his clients use these types of programs. And, he added, “the concept of leveraging celebrity for your market is not new or novel.”

Rather, the point is to emphasize that Ramsey’s referral program isn’t necessarily unique. Though there may be little obvious overlap between fans of Corcoran’s show Shark Tank and acolytes of Ramsey’s debt-free life coaching, when the curtain is pulled back these programs start to look like they share the same basic DNA: Big media names use their clout to direct fans to a select group of agents, and those agents then split their commissions with the source of the referral.

Participating agents all generally have to be among the top industry members in their market, with Wagner explaining that when he has vetted agents he looks both for a successful track record as well as for someone who has a team or staff to handle a large number of inbound leads.

Why agents use these programs

There’s one simple reason these programs exist: They work for some agents.

Wagner said that because leads from these programs come from a committed community of fans, they tend to be more reliable than those from other sources. In the case of Beck’s program, for example, he said the conversion rate is about “20 or 30 percent.”

Even agents caught up in the recent eXp-Ramsey conflict told Inman they’ve seen significant success from these kinds of referral programs. For instance, David DeVoe, who leads an eXp team in New Jersey, said that he spent years in Ramsey’s Endorsed Local Partners (ELP) program. He’s since been kicked out along with other eXp agents, but said he liked the program because it meant competing against fewer agents as well as higher quality leads. 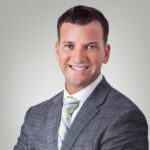 “The idea was that the leads were going to be more sophisticated and stickier and therefore loyal,” he said. “The idea is that they’re a part of the Dave Ramsey community.”

DeVoe said he began seeing leads from Ramsey’s program pick up about four years ago. And while they never made up the majority of his business, they were nevertheless an important piece of the overall puzzle.

“As the leads started increasing I was just crushing it,” he recalled. “I started to convert very well.”

DeVoe acknowledged that these kinds of referral programs can be expensive, but added that in his case he sees them as “synergistic,” meaning they benefit both the agent and the source of the referral.

This was a recurring theme in conversations for both this story and in Inman’s original report on the eXp-Ramsey conflict. And DeVoe’s comments highlight the fact that while not every agent uses these kinds of programs, many do see them as a big part of their overall strategy.

There are basically two takeaways regarding referral programs in the wake of the eXp-Ramsey conflict. The first is that many eXp agents caught in the middle feel stung by what happened. DeVoe, for example, said that he enjoyed the Ramsey community, and that “a lot of Dave’s message resonated with me.”

Another eXp agent in California, who asked not to be named because she didn’t want to incur Ramsey’s ire, told Inman she used Ramsey’s programs to get out of debt herself, and she still uses Ramsey-inspired principles in her work and personal life.

“The program itself is solid,” she said of Ramsey’s financial advice.

But she also became increasingly skeptical of the the ELP program as the costs ticked up over the years, particularly when she started having to pay a $350 monthly fee on top of her commission split. Her point wasn’t that she was an enemy of Ramsey. In fact it’s just the opposite; she was a fan who felt burned.

The other big takeaway is that the conflict has become an opportunity for other agents to characterize the referral world as a kind of Wild West that few consumers understand, and which might benefit from greater transparency. For example Renee Royall, a Keller Williams broker in South Carolina, told Inman she generally likes Ramsey, Beck and Corcoran. But she also questioned whether the programs actually deliver on their promise to consumers. 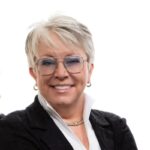 “What’s misleading is, are you truly getting the best agents for where you live?” Royall wondered. “I’ve been number one or number one in this community since 2007. But when you search, and I’ve done it, my name doesn’t come up anywhere as the best agent for this neighborhood. And it’s because I don’t pay them.”

Mike Jaquish, owner of independent brokerage Realty Arts in North Carolina, made a similar criticism and added that when consumers call referral programs they don’t know who they’re specifically reaching or how the system works.

“We’re not a transparent industry,” Jaquish said, adding that a lack of transparency can undermine consumer trust in real estate agents.

Jaquish argued that consumers should know where their money is going, and that if their agent is going to be paying a referral guru like Ramsey 30 percent, that fact should be stated “right up front.” 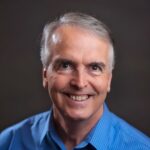 “It would be more honest,” he continued.

These criticisms aren’t universal and, again, there are many fans of referral programs.

But what’s significant now is that the eXp-Ramsey conflict has drawn more attention to the debate — and in the case of some agents, the simmering tensions — over what referral programs should do, who they benefit and what consumers should (or do) know about them. And if there’s one thing that’s clear now, it’s that the debate is likely not going away soon.

“The vast majority of people I work with in this business are wonderful folks,” Jaquish said. “I just have a hard place in my heart for shenanigans that mislead consumers.”

The Real Word: Is Blackstone Deal A Sign The Market Will Stay Hot?

Make A List, Check It Twice: How to Show Gratitude This Holiday Season

Make A List, Check It Twice: How to Show Gratitude This Holiday Season