Sales of single-family homes in the Hamptons have soared 39.4 percent year over year while the total dollar value of home sales increased 90.9 percent to $2.1 billion during the same period.

While talk of returning to cities has increased in recent months as COVID-19 vaccination rates rise, demand for luxury locales like the Hamptons hasn’t cooled down just yet, according to a new report from Brown Harris Stevens.

Sales of single-family homes in the Hamptons on Long Island have soared 39.4 percent year over year while the total dollar value of home sales increased 90.9 percent to $2.127 billion during the same period, according to the report.

When the coronavirus arrived in the United States in early 2020, New York’s wealthiest residents evacuated the city for locales like the Hamptons and Greenwich, Connecticut. Hamptons home prices skyrocketed to such an extent that, in one extreme case, a man paid $2 million to rent a home in Bridgehampton from April to September 2020.

Some analysts speculated that high demand would lead to a bubble but, so far, that hasn’t materialized. In fact, the average sales price has increased 37 percent to just over $3 million compared to the second quarter of last year. Both the average and the median price of $1.855 million are the highest on record.

The Southampton areas beat all other cities with $557 million of sales. While the area is home to numerous celebrities and ultra-expensive homes, there was simply more inventory to switch hands — 151 sales compared to 56 in Bridgehampton and 73 in Amangassett/Montauk. 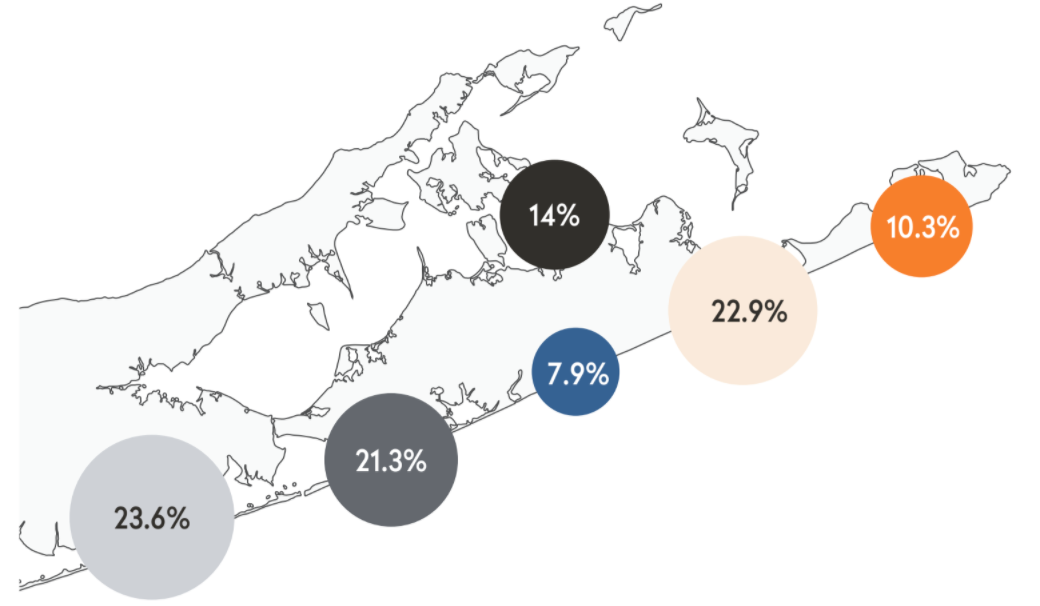 Homes within the $1 million and $2 million range are by far the most popular in Hampton East since they are accessible to a greater buyer pool, according to agents who spoke previously to Inman. In Hamptons East of the Shinnecock Canal, they made up 31.4 percent of transactions with 170 sales.

As prices goes up, however, the buyer pool and number of transactions narrow. Hamptons West of the Shinnecock Canal boasts more affordable properties and so homes within the $500,000 to $1 million range made up 48.3 percent of all transactions with 55 sales.

In both areas, homes above $10 million made up less than 5 percent of all transactions.

“After a year of frenzied buying activity accelerated by the COVID-19 pandemic, it appears that the market is entering a more stable, less reactive environment,” Robert Nelson, executive director at BHS, said in a statement. “Although we continue to be in a strong seller’s market — with demand outpacing inventory — as more new sellers are motivated to put their home on the market due to rising sale prices, there will tend to be fewer buyers able or willing to pay the higher prices, or at least more likely to wait rather than make an impulsive offer.”

By admin
55 mins ago