In early 2020, the real estate market was buzzing along. There was talk of a mysterious illness overseas, but the thought of it upending life in the U.S. hadn’t come close to the mainstream.

There was no way for Chris Nye in Washington to know what would happen when the virus reached his state.

“My first, maybe my second reaction was, ‘Holy cow, our customers are going to cancel their listings. They’re going to not sell. This industry is going to flip. There goes my livelihood,’” said Nye, a broker and owner of MLS4Owners.com in Washington.

The first case of SARS-CoV-2 in the U.S. was confirmed on Jan. 20, 2020, in Snohomish County, Washington. It would begin its invisible spread into homes across the planet.

It would also mark the beginning of the COVID housing market in the U.S., a time of unexpected reactions by buyers hungry for a change in lifestyle, sellers unwilling or unable to take advantage of record prices and agents and brokers working through it all.

The state of Washington disabled the NWMLS, and real estate professionals there weren’t considered essential workers for a time. Brokers across the nation braced for collapse.

“When that hit, at first I was like this can’t be happening,” Nye said, “You can’t tell an industry to shutdown.”

Charles Olson, a Realtor with Keller Williams Realty Empire in Brooklyn, remembers the exact home he was listing when New York had its first confirmed case in March, when the city was on its way to becoming the nation’s early pandemic epicenter.

“Nobody really knew what was going on then. Nobody was coming out,” Olson said of the listing. “Everything just stopped. Closings stopped. Everything stopped.”

And then something unexpected happened: The market continued to boom. The ensuing 24 months has set records, defied expectations and indefinitely changed the way Americans live.

Nearly 70 million Americans have been infected. Close to 900,000 have died. New strains have led to case surges. Vaccines developed at rapid speed provided a welcome level of protection before a new strain, Omicron, propelled the virus to unimaginable levels at warp speed.

Yet through it all, the nation’s real estate market appears to have taken an unlikely path to all kinds of records. The events from the past 24 months have led to a standoff between buyers facing record-low inventory and record-high prices, and sellers either priced out of relocating or deciding whether to list before rising mortgage rates cool the market.

At the onset, office workers fearing the arrival of the mysterious virus bunkered down at home.

Weeks of anticipation that the nation could stymie the virus turned to months. Temporary remote-work policies became permanent. Workers looking for more space began shuffling across the nation, many of them in search of bigger homes.

They flocked to mid-sized markets like Colorado Springs, Fort Wayne, Indiana, and Topeka, Kansas. Nye in Washington noticed more customers than ever were taking off for places like Boise, Idaho.

“When this hit there was a pattern, still is,” Nye said. “They’re moving to Idaho, Montana, Arkansas, Florida, Arizona and Texas.”

Brokers in smaller markets started noticing a change in clientele. 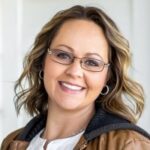 Lisa Binggeli, an associate broker with Hunter of Homes near Boise, Idaho, said she noticed more clients from the West Coast early in the pandemic.

“We were already having people relocate here,” said Lisa Binggeli, an associate broker with Hunter of Homes near Boise. “What was unforeseen was that…because so many companies went to working from home permanently, then we saw the influx even more.”

The first year of the pandemic brought the emergence of the ‘Peloton Room,’ or at least a personal workout space. By late 2021, Peloton sales and usage slowed, and agents reported clients seemed to put less importance on space for the high-tech stationary bikes.

“The thing we also couldn’t really see, for everybody — this was countrywide, the frenzy,” Binggeli said. “The demand, the FOMO that people were starting to feel if they couldn’t get a property. They had to have a property right now. Like there weren’t going to be any more properties.”

Owners who weren’t selling took advantage of historically low interest rates, and the number of people who refinanced more than doubled. Prices climbed to new heights as the number of available homes began its ongoing plunge.

Inventory has remained low throughout the pandemic. The supply of available homes fell to the lowest level since tracking started more than two decades ago.

“This extremely constrained level of supply limits the ability for households to a) shift to homeownership and buy a home, b) move up or c) downsize, and in-turn, vacate the stock they currently occupy,” the National Association of Realtors said in a June report.

That left buyers in a position to either wait and hope more homes hit the market or purchase what was available.

They chose the latter.

Despite extremely constrained supply, existing home sales in 2021 were stronger than at any point in the past 15 years, according to the National Association of Realtors, with an estimated 6 million homes selling.

Home values have been on a steady upward trajectory nationwide since bottoming out in February 2012. The pace rapidly changed in July 2020, marking the first of 17 straight months with double-digit price gains that continues today.

“The question though — and I keep trying to ask this — [is] where are these people coming from?” said Nye, the broker from Washington.

All the unexpected pent-up demand and short supply rapidly drove up the cost of housing, and forecasters now expect housing — whether for-sale or rental — will remain permanently higher than before the pandemic began.

Several agents told Inman they’ve seen signs that supply is starting to improve, and some forecasters believe inventory will improve as homesellers make a move to list in early 2022 before mortgage rates continue their expected rise.

Whether an ensuing sales cycle lasts all year is anyone’s guess. Starting the year with low inventory, high prices, rising mortgage rates and huge numbers of millennials entering the homebuying market has set up a game of chicken of sorts.

The impending standoff of 2022

The U.S. is starting the year with record-shattering numbers of people sickened by the coronavirus, a surge fed by a vaccine-evading new strain.

It has rattled the now-steeled nerves of agents across the country, with nearly two-thirds telling Inman in a recent survey they were somewhat or very concerned about the COVID-19 at this point.

Zillow recently asked a panel of more than 100 economists and housing experts whether sales will rise or fall this year compared to 2021.

If homeowners move to capitalize on historic price gains by listing their homes and the country sees a sales boom, prices could settle. If buyers continue to withstand high prices amid still-generous mortgage rates, the price increases will continue.

It’s “a big game of musical chairs,” said Jeff Tucker, senior economist at Zillow. “No one wants to get up from their chair if they don’t think they can find another one, a better one to sit down in and be left stranded.” 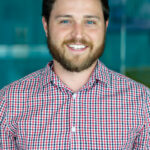 That’s the case for homeowners like Melissa and Chaz Denton, who live in Salt Lake City, where inventory was down 46% year-over-year in December. The couple has been looking to relocate within the city, but the few homes on the MLS are out of their budget.

“This was our first home purchase and we feel kind of stuck, but also we have kind of made that situation for ourselves since we have some pretty set in stone requirements for our next place,” Melissa Denton said. “Thankfully we bought at the end of 2018 so we have good equity, but it’s still not enough to stay in SLC.”

Brokers who spoke with Inman are heading into the third year of a pandemic with confidence.