Spring Madness is a week-long Inman series analyzing this year’s spring homebuying season. We’re digging into the state of the housing market, the impact of rising mortgage rates, the role of open houses and the rapidly vanishing starter home, among other big issues. It’s total madness, all week long.

In 2021, companies stopped stringing along expected returns to the office, remote-work policies became permanent and the migration dug in its heels.

If those were the first and second waves of the COVID housing market, the third doesn’t have to do with a virus. It’s about high prices and low inventory pushing people to move to new markets all over the country.

The anticipated ongoing American reshuffling has made it more important than ever for brokers to put in place referral networks that have them ready for clients to come or go.

“People are really open to getting referred to a great agent in some area they’ve never been to,” said Gary Gold, executive vice president at Hilton & Hyland in Beverly Hills. “You’re really doing them a huge favor. Can you imagine moving someplace and ending up with some dud of a real estate agent in a hot market and just feeling helpless?”

There’s evidence the migration of Americans that started shortly after the onset of the coronavirus pandemic is continuing.

Redfin reported last month that nearly 1 in 3 people are looking to move to a different metro area, the most since the firm started tracking migration data in 2017. People are largely targeting the warm areas in the Sun Belt, led by Miami, Phoenix and Tampa.

What many people are likely to find is a market with scant homes to buy.

“Inventory is 50 percent less than it was a year ago. That’s really almost across the board. Every sector. Every price range,” said Gerry Liguori, a broker/owner at Premier Estate Properties in south Florida. “I’ve been in this business for 30 years. I’ve never seen a market like this.”

The makings of the third wave

Brokers in gateway and secondary markets across the U.S. told Inman they were gearing up for 2022 to be a perpetuation of what started years ago and continued through the pandemic.

After all, they’ve had some practice. 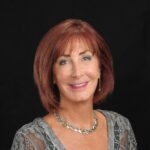 The exodus Murphy sees involves people selling small, high-priced homes along the coast and buying something much bigger in the Golden State’s more conservative inland regions.

“They can sell their small house in Los Angeles and buy an over 3,000-square-foot house on land, with an office and kind of insulate themselves,” she said.

The median price of homes sold in the U.S. surpassed $400,000 for the first time in late 2021, driven by a mix of millennials buying homes with historically low interest rates and in new markets.

The rapid buying has effectively sped up price appreciation, brokers and others say.

“We’re seeing appreciation which would have taken probably 5 years, it condensed into months,” Liguori said. “We could have never anticipated that much appreciation. Instead of years it was just months. That was just mind-boggling.”

The rapid rise in housing prices has led to the increased interest in relocation.

“Last year, I think the reason people were moving more than before the pandemic was because of remote work,” Redfin’s Fairweather said. “That’s still happening, but it’s not the pandemic that’s driving it. It’s more affordability and inflation.

“Before the pandemic, Austin was underpriced,” she added. “Now, Austin is losing people to San Antonio.”

In San Antonio, 80 miles southwest of the Texas capital, home prices have still climbed, albeit at a slower rate, since 2020. Buyers can now buy homes at median prices that are less than half of the median in Austin.

That may be what helped land San Antonio on Redfin’s list of top markets people are considering moving to this year. Its top city of origin for people looking to move? Austin.

“Austin is getting crazy in terms of pricing,” said Dana Philips, a Realtor and associate broker with Phillips & Associates in San Antonio. 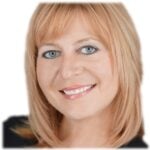 Phillips said she’s seeing people relocating within Texas but also from secondary markets nationally that became the transitory darlings during the first and second waves.

“The places that got hit the hardest, Florida, Arizona and California, their prices were so low and it was great,” Phillips said. “But now they’re rising like they used to. Quite a bit and quickly.”

All that movement has put a spotlight on the importance of having a referral system in place.

The growing importance of referrals

In some ways, Liguori and his team in southern Florida had been building a network in anticipation of something they didn’t know was coming.

He said he spent the past decade building a referral pipeline in markets all over the world. 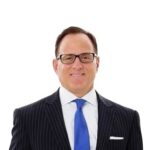 “It is our global affiliations that are in these other what we call feeder markets — London, Munich, Milan, California, Chicago,” Liguori said.

He said his system includes a “global affiliations,” with Premier listings being advertised on websites that spread the message to their affiliates in what he called “the ripple effect.”

“It gets put into our website and then it gets data-fed out to our affiliations,” Liguori said. “Our listings go to their websites. Their websites go out to other websites. It just ripples through the whole international market.”

That system, as well as rapid price evaluation in the luxury market they operate in, helped a few dozen agents double their performance in 2021, to $3.1 billion in sales.

With so much movement both nationally and internationally, brokers stressed the importance of having solid referral systems in place.

For brokers like Gold, in Beverly Hills, that involves a hands-on approach maintaining personal relationships all over the world.

He said he puts in work referring clients to top agents he knows in markets they might be interested in moving into. When that happens, he said, he becomes part of their moving process.

“They’re having all these really exciting conversations with you. You become part of their journey,” Gold said. “When that happens and they sell here, you’re going to get that call. Every seller or buyer knows 10 other agents.”

Others turn to online referral systems. In San Antonio, Phillips uses a referral system where she can input information on clients she knows are moving and let the website track the data for any sales on her behalf.

“They watch it for me. I don’t have to call that agent and say, ‘Hey, you forgot to pay me for the referral,’” Phillips said. “I love to use those as opposed to one-on-one referrals. I’m a busy agent. I don’t just sit back and wait for one deal to close.”

Munich Re pauses new business in Russia and Belarus

When It Comes To Real Estate And Data, Keep It Local

These Are The Mistakes That Thwart Brokers’ Success

AIG director retires from board

When It Comes To Real Estate And Data, Keep It Local