After some debate, a committee of the National Association of Realtors has approved a controversial proposal to require listings to include a property address upon submission to a multiple listing service.

The committee, meeting at NAR’s midyear Realtors Legislative Meetings, also approved a policy requiring sold listings (without a sales price) to be included in data feeds in non-disclosure states and guidance on MLS best practices. The proposed policies will now move to the NAR board of directors, which will meet on Friday, May 14.

The 1.4-million-member trade group’s Multiple Listing Issues and Policies Committee previously shelved the address proposal at NAR’s annual conference in November following a spirited debate for and against the mandate. After re-consideration by the committee’s MLS Technology and Emerging Issues Advisory Board, the proposal was once again brought forward with added language about including a parcel number or a legal description if an address is not available.

The policy would not require that an address be made public, just that it would be immediately available to other MLS subscribers.

The rationale for the proposal in the committee meeting agenda emphasized that property location is needed by brokers and agents to serve the interests of their clients. Moreover, disclosing the information when a listing is submitted to the MLS “is consistent with the MLS’s three tenets of: efficiency, transparency, and collaboration,” the agenda said.

Fear of another Clear Cooperation loophole

On Friday, members of the committee debated whether or not to make the proposed policy mandatory for all Realtor-affiliated MLSs or optional at local discretion. Several times over the course of the discussion at the committee meeting and at the conference’s MLS Forum on Thursday, committee members and other attendees referenced a rule that is not being voted on: NAR’s contentious Clear Cooperation Policy, which requires listing brokers to submit a listing to their MLS within one business day of marketing a property to the public.

The rule was meant to effectively end the growing practice of publicizing listings for days or weeks without making them universally available to other agents, in part to address fair housing concerns. The Clear Cooperation Policy went into effect on January 1, 2020, and its implementation deadline was May 1, 2020. Some MLSs have instituted hefty fines to enforce it.

But the rule exempts office exclusives, or listings marketed entirely within a brokerage without submitting them to an MLS, reportedly leading to an increased number of such listings. Some real estate brokers have threatened mutiny over the exemption, which they argue inadvertently benefits large, national brokerages at the expense of smaller, independent brokerages.

“Frankly [making the address rule optional] doesn’t do any good,” said Greg Zadel, chair of the committee’s advisory board and broker-owner of Zadel Realty, at the meeting Friday.

“That doesn’t mean anything different from what we’re doing. Part of this thought is to have some consistency across MLSs for the brokers. We’re concerned about there being a potential loophole since we’ve seen so much change in what’s happened with office exclusives after we passed Clear Cooperation that the advisory board felt pretty strong about all of a sudden address could be a loophole.

“Even though the folks bringing [the optional rule] are well intended and narrow in scope, that doesn’t mean that the participants might not take advantage of something different. So I’d really encourage everybody to move forward with this as a mandatory new rule.”

Committee member Ryan Ole Hass, broker-owner at Align RE, then formally proposed an amendment to the policy that would make it optional, rather than mandatory. His own MLS in the Los Angeles area has created a separate property type called “Privacy” that allows subscribers to enter an assessor’s parcel number (APN) instead of an address so that other subscribers have that information in the “very rare cases” where sellers have privacy issues, he said. Only nine listings are currently in that status, according to Hass. 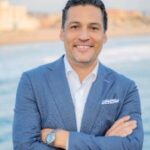 “We know that there is a lot of abuse; we’ve seen it,” Hass said. “There are numbers out there. We’ve seen the articles, we’ve seen the different podcasts and everything about the abuse of office exclusives when CCP was enacted. That was an unintended consequence, but we’re definitely seeing it in our markets.”

Making the policy optional would allow local MLSs to create separate property types or statuses and also would ensure the listing ends up in the MLS, according to Hass.

Of those who spoke, a majority spoke against the idea of making the policy optional. Art Carter, CEO of California Regional MLS, opposed it because of the impact it could have on consumers.

“The idea … that we would hide some very important part of a listing from the consumer, from other participants, I think is not something that the MLS really is, what it should stand for,” Carter said.

“One of the resonating issues behind CCP was trying to fix some of the fair housing issues that we saw when it came to exclusion of certain individuals because they did not have access to the information, for a wide variety of reasons, in a pocket situation. This really just takes it to the next level, that there is that risk of some of that same abuse.”

Rick Harris, principal broker at John L. Scott Ashland, opposed the amendment, noting that a privacy status still allowed subscribers to have the location of the listing, but did not make that location public. 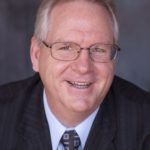 “This policy before you is to put it in front of the MLS participant,” Harris said. “Categories that exclude private information from the public is not addressed in this policy. This is about making addresses or property location available to the participants and subscribers of the MLS, which is a key function of being able to properly analyze and promote the marketplace.” 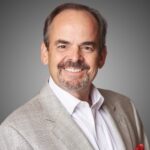 Jon Coile, the committee’s chair, added that listing brokers still have the option of not distributing a listing online through IDX feeds or syndication feeds to third-party sites. At the forum, attendees also suggested that, in addition to withholding a listing from internet marketing, a listing broker could conceal the sellers’ names on a property deed or include detailed showing instructions that would limit showings to pre-qualified purchasers. 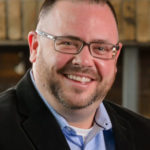 Chris Carrillo of Metro MLS agreed that there were already ways to protect privacy in the MLS and worried about the impact of not making the policy national.

“If you allow specific carve-outs within policy, then unfortunately many within our ranks will weaponize that in a way that satisfies and enriches their own company or their own business model, rather than promote transparency to consumers as a whole,” he said.

Stanley Martin, COO of the Austin Board of Realtors, spoke in favor of the amendment, noting the MLSs in Houston, San Antonio and Austin had chosen to implement a privacy status similar to the one Hass mentioned, which spoke to a “limited need for exceptions.” 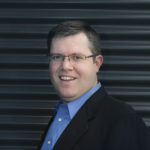 Hass encouraged the committee to consider national policies on office exclusives and “Coming Soon” listings, regardless of how it voted on the address policy.

“Coming Soon” rules, which are local, have emerged as a way that MLSs compete, rather than through member benefits or features, according to Hass.

“I would encourage this group to continue to look at closing some of those loopholes in CCP, to allow a more even playing field for all of us to have access to that data,” he said.

Diving into ‘an ugly mess’

At the forum, Carter noted that the California Association of Realtors had recently taken a stab at defining “Coming Soon” and it was “an ugly mess” because there were so many differing opinions. Because some MLSs don’t count days on market when a listing is in Coming Soon status, that is leading to consumer confusion, anger and angst, he said. A consistent policy would level the playing field no matter which MLS the data comes from, he added.

The amendment to make the address policy optional failed and the proposal passed as written. The committee did not share the vote count publicly.

At the end of the meeting, Zadel noted that the committee’s advisory board would take up several issues this year, including putting together a cross-committee work group with the Professional Standards Committee on office exclusives and developing Q&As around CCP to provide more guidance on the policy.

The advisory board will also consider requests to allow local discretion to shorten the time that a subscriber has to enter a listing into the MLS after publicly advertising it to one day, instead of one business day. CRMLS has already chosen to change its definition of one business day to include Saturday as a business day.

The advisory board will also take up MLS data access and use, minimum MLS standards, and a cross-committee work group with the Realtor Safety Committee to discuss adding MLS fields for Realtor safety.

The committee approved the policy requiring sold listings to be included in data feeds in non-disclosure states and guidance on MLS best practices without any discussion. Background on those policies can be found here.

5 keys to rock your recruitment and retention

Inman Interactive: Where Housing Costs Are Straining Budgets Most

This top growth marketer shares how to grow your business online