The brokerage lost $7M last quarter, a vast improvement over both the previous quarter and last year. The results earned plaudits from investors. Here’s what you need to know.

Compass took in nearly $2 billion in revenue between April and June of this year, a new high-water mark for the company. The brokerage also managed to vastly cut its losses, according to a new earnings report released on Monday.

“This past quarter Compass agents strongly outperformed their peers in one of the most competitive real estate markets in recent memory, delivering nearly $2 billion of revenue and $71 million of Adjusted EBITDA as the Compass platform continued to drive growth in agent productivity,” Reffkin said.

Compass stock spent most of Monday steadily climbing and was trading at around $15.28 per share when the markets closed. That was up from recent days when shares were trading at less than $13, but down compared to April, when the company’s shares first debuted and briefly fetched more than $20.

Compass shares spiked Monday in after hours trading after the company published its earnings. 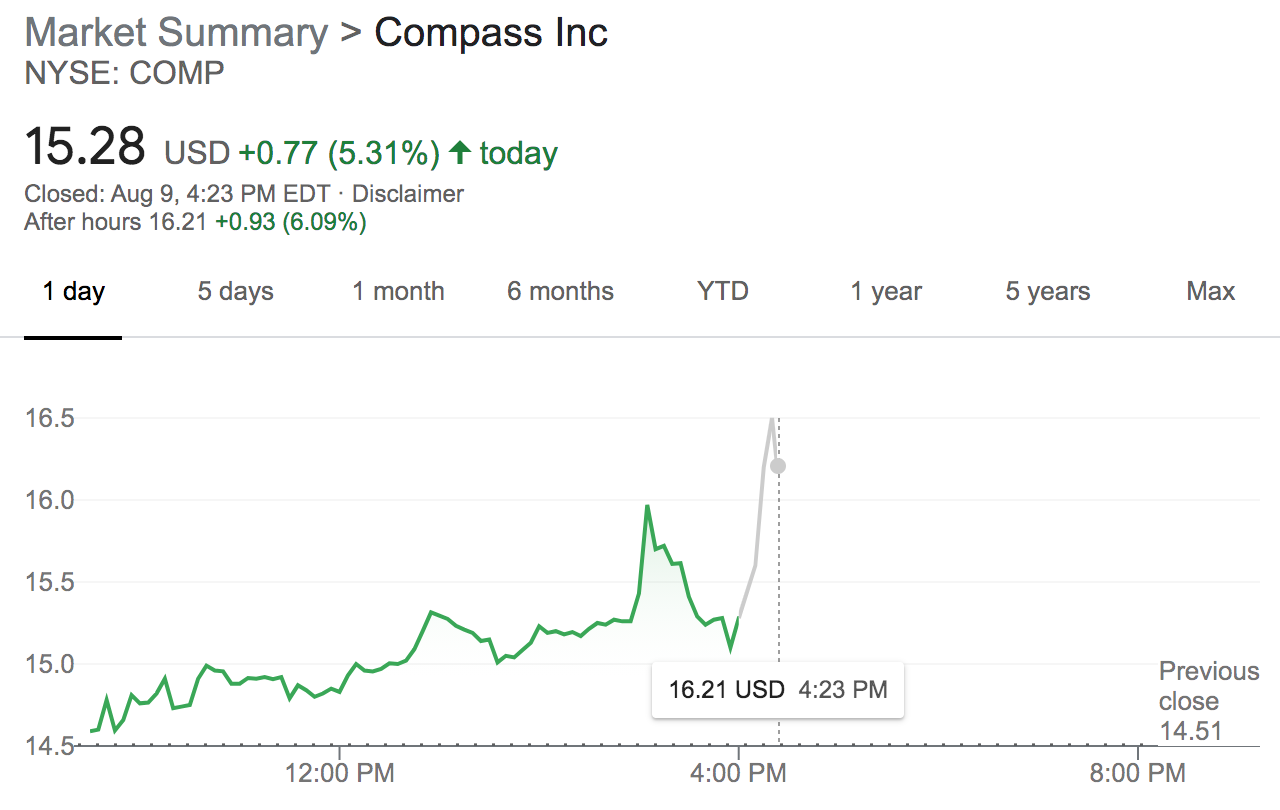 Compass had a market cap of just over $6 billion as of the time the stock market closed Monday.