Tech-focused brokerage Compass dove further into ancillary services Tuesday when it announced plans to acquire a title insurance company based in the Dallas, Texas, area.

“At Compass, when we hear that agents love something, we take notice, and when we look at the Dallas market, it’s clear that Compass agents are overwhelmingly choosing to work with LegacyTexas Title,” Compass CEO Robert Reffkin added in the statement. “We’re thrilled to welcome LegacyTexas Title to Compass, their incredible reputation and their track record of impeccable service makes them an ideal partner for Compass as we grow our adjacent services business throughout all our markets.”

Neither company disclosed financial details of the deal, though the statement did note that the acquisition is “contingent upon regulatory approval and is expected to close before the end of the year.” The statement also described LegacyTexas Title’s team, which will continue on through the acquisition, as “among the most trusted in the region.”

“The Compass acquisition of LegacyTexas Title will build upon the many existing relationships between Compass agents and this respected provider of title services,” the statement further noted.

Tuesday’s acquisition is not Compass’ first time picking up a title company. In February, for example, Compass bought KVS Title.

Several months earlier, Compass also acquired Modus, a title and escrow software startup. Both the Modus and KVS acquisitions came as Compass prepared to go public, which it ultimately did this spring.

All of Compass’ title acquisitions also represent steps in the company’s quest to build an end-to-end platform that handles multiple aspects of a real estate transaction. Such a platform has become a sort of holy grail for numerous real estate companies in recent years, with many firms making efforts to branch out from bread-and-butter services offered by their brokerage arms.

In Compass’ case, once the LegacyTexas Title deal is wrapped up the company’s title services will be available in California, Florida, Washington State, Maryland, Virginia, Washington D.C. and Texas, Tuesday’s statement notes. 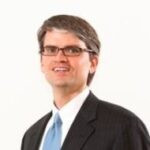 LegacyTexas Title President Laurence Henry added in the statement that both his company and Compass “approach customer service the same way — we both believe that when you combine a reliable process with exceptional customer service you’re able to create a best-in-class experience for your customers.”

“We’re excited to join Compass during this pivotal time in the real estate industry,” Henry concluded, “and we look forward to taking our company to the next level.”

7 Ways To Find Dependable Renters Now That Moratoriums Are Ending