If it’s January, it’s Agent Appreciation Month at Inman. Join us all month to celebrate all that agents do, and come together with us virtually at Inman Connect, Jan. 26-28.

Even as a child growing up in a small town in Venezuela, Tobias Barrios already held a passion for creating beautiful things.

From the ages of 10 to 17, Barrios attended an art school in his modest town, learning how to paint, create sculptures and explore other forms of art. Now, many years later as a Coldwell Banker real estate agent in Miami, Barrios has learned to seamlessly meld his love of art with his passion for real estate in a variety of ways to market his properties. 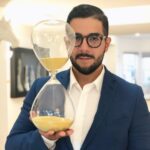 “Since the beginning, when I started my real estate career, I was always considering a way to do real estate that involved my talents as an artist because I love to create, I love to do painting, sculpture … and I love to make all these beautiful pieces of art,” Barrios told Inman. “And I found that the best way to show people the things that I’m able to do [with art] is with real estate, when I have my listings.”

In every property that Barrios lists with a client, he creates some form of art to add to the home, whether that’s a mural, a painting, a sculpture, or something else.

“I always believed that a space has energy, and the best way to show the best energy, and love, is with art,” Barrios said.

Not only is it a great way to channel his artistic energy, but incorporating his striking art into the properties he lists helps Barrios catch the buyer’s attention and sell properties quickly. His confidence in marketing has grown such that he offers his clients a $10,000 rebate if the property doesn’t go under contract within the first 20 days of listing — and as of yet, he’s never had to follow through on that promise. 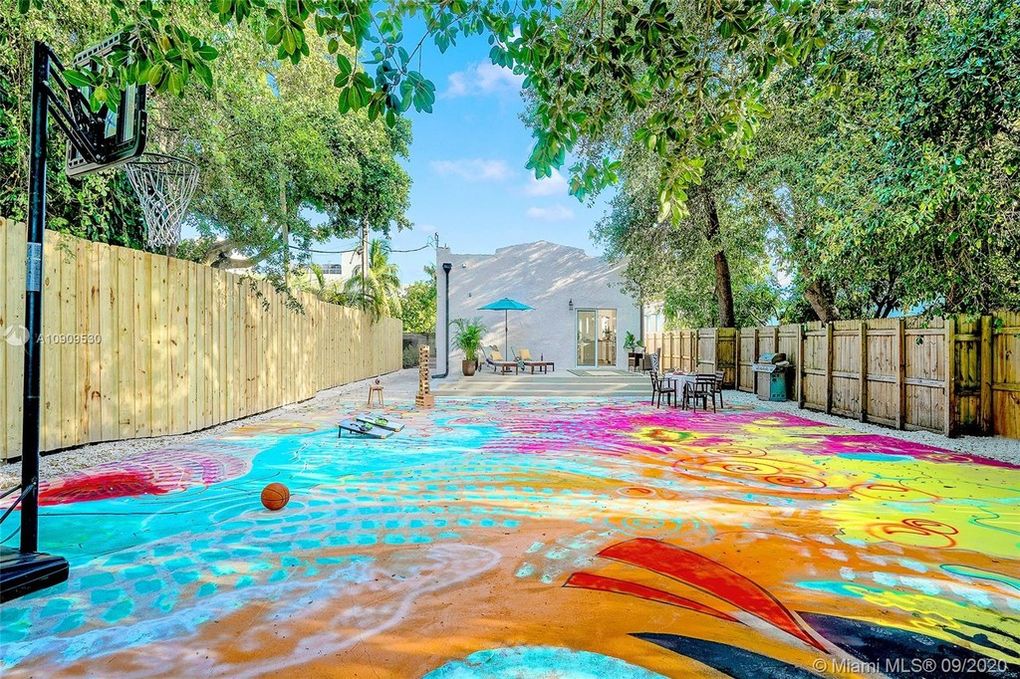 A concrete patio Barrios recently converted into a mural | Realtor.com

One recent property at which Barrios created a colorful mural on the backyard’s concrete patio received multiple offers within the first two days of listing and went under contract within three days. The seller initially wanted to demolish the concrete slab until Barrios convinced her that transforming the concrete into art would be attractive to buyers seeking a low-maintenance, but beautiful, outdoor space.

But the creativity that Barrios employs to market his listings isn’t limited to his own creations — he also invites other local artists to display their work in his listings, and Barrios and his boyfriend have created their own separate staging company called “Toband LLC,” both to market his own listings and those of other agents in the area.

“If you have the opportunity to be an artist, but at the same time to make money, to work in real estate, to do something good, you also have to help other people that have the same inspiration for life,” Barrios said. “In this case, I try to help them, I try to create a connection … and expose their art. It’s a great experience.”

Barrios also collects articles of clothing from a local designer to display in the closets of the properties he sells, “kind of like you are in a very fancy store,” he explained.

Of course, putting so much effort into marketing each specific property takes a significant amount of Barrios’ time. Therefore, he’s very selective about the clients that he takes on, and limits his listings to just a few at a time.

“I’m very particular because so many times I put so much heart, so much time, so much work into my listings and into my properties that I don’t have time to have like 20 clients at the same time, because it takes time,” Barrios told Inman. “That’s why my style is very, like, boutique, personal, you know, and I love that, I don’t want to change it.”

“The kind of connection that I want to create with my clients starts with art, and that makes a huge difference,” he added. 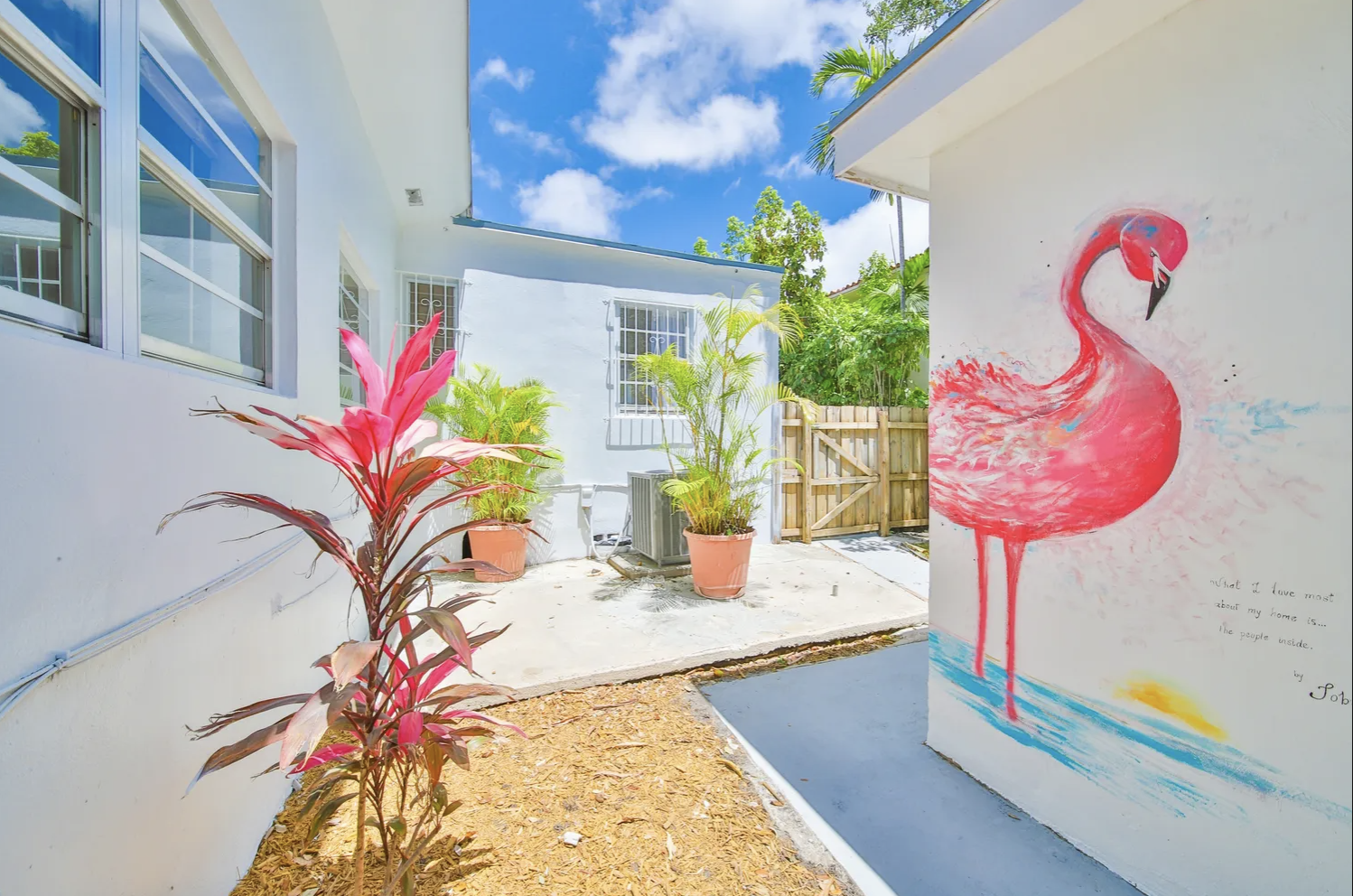 While his artistic sensibility is what makes Barrios’ properties stand apart from the rest, a hat from his native Venezuela is what gives Barrios his own signature look on the streets of Miami.

“Some people say, ‘Hey, that’s your personal style.’ I say, ‘yes, definitely,’ because I come from the mountains, I come from Venezuela, as I told you before, and we always wear hats because we are kind of like cub [scouts].”

“Sometimes here in Miami in summer, it’s really hot to wear your hat,” he added. “But I try.”

Top tips from Barrios for marketing a property with style:

Look at a property with an eye for potential

Incorporate a part of the seller’s history into staging

“We always try to create something chic and fun and trendy that connects people with their childhood,” Barrios explained. “That they feel also like [their] grandmother [or] like their mom’s soul is in the house.”

“I always try to do something special to give to the seller, to give to my client, because I feel that’s a way that we can connect,” he added.

Design spaces that are adaptable to different kinds of people

“I always try to make a staging and preparation for the property that can be for every single [person],” Barrios said. “For example I try to mix furniture — modern, contemporary, with some [other] pieces because the most important thing is, we all have to know that we have a little bit of … you know, a stereotype of personality. Like … one day, we could be the businessman, the businesswoman, and the next day, Saturday, you want to feel, like, chill, and you are in Miami, and you want to have a hammock in your backyard.”

“If you see [a] piece of art, and you don’t see any commercial items that you can buy in any store, you will feel the difference,” Barrios said. “You will feel like this is someone who has good taste, and always make people dream that that’s the house that they can have.”

Make an open house stand out

During normal, virus-free times, Barrios likes to make his open houses feel like a party, pulling out all the stops, and also adding detailed touches like informational brochures that include facts about the home’s history and average monthly expenses.

“My open houses, they are like [an] open house party. [There’s] brunch, a chef, DJs … I pay a lot for my marketing, I give a lot and I always see that that comes back to me, for sure.”

Agent Plus is back and we’re continuing to highlight agents with extraordinary stories. Do you know someone who should be highlighted for their work inside and outside of the office? Send your nominations to AgentPlus@inman.com.

How thinking like a publication can boost your marketing efforts

“We are called upon to do more”: DEI pioneer Nzinga Shaw on the growth of an industry movement