EXp founder Glenn Sanford said his company should have half a million agents in five years. We asked some experts if that was realistic.

Last week during EXPCON, eXp Realty’s gathering in Las Vegas, company founder Glenn Sanford made a bold claim: Within five years, his company should have 500,000 agents across the world.

Sanford has long been open about his ambitions to grow eXp, and last year was forecasting 100,000 agents in “the next few years.” The company is now inching toward that goal, with more than 68,000 agents in its ranks so far.

During his remarks at EXPCON, Sanford also said his company has maintained at least 50 percent year-over-year growth for many years now. Extrapolating from those numbers, the 500,000 target “is not that much of a stretch goal,” Sanford ultimately concluded.

Even so, 500,000 agents is a massive number. To put that in context, Keller Williams — a rival of eXp’s as well as a much older company — recently revealed that it has a total of 188,244 agents worldwide. Realogy has about 337,000 agents across the world, though those agents are spread across numerous brands including Coldwell Banker, Corcoran, Better Homes and Gardens and others.

All of this means that if eXp were to reach 500,000 agents it would, by far, outpace all other rivals in the industry.

To get a sense of how plausible such a goal is, Inman reached out to several industry observers and experts. Responses varied, but one thing that’s clear is eXp will likely to be a force in the industry for some time.

‘I wouldn’t bet against Glenn’

Eric Stegemann, CEO of real estate software developer Tribus, told Inman he met Sanford in 2009 “when no one heard of eXp.”

“I saw someone at a table by themselves and I went over and struck up a conversation,” Stegemann said. “We chatted, and in the next two hours, he outlined his vision for eXp. In the 12 years since then, he executed on that vision perfectly, against what some might believe is all odds.”

Stegemann ultimately described 500,000 agents as “an aggressive goal.” But he also concluded, “I wouldn’t bet against Glenn.” 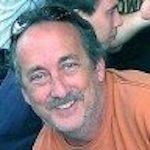 Jay Thompson — a former broker and Zillow staffer, as well as a regular Inman contributor — told Inman he doesn’t think eXp or anyone else can hit 500,000 agents. And the reason, he explained, is because it “would take about a third of all Realtors to agree on something. That many can’t agree on anything, much less where to hang their license.”

On the other hand, Thompson said eXp’s virtual brokerage model probably has the capacity to support half a million agents because it doesn’t have overhead associated with physical spaces.

“They just need more bandwidth, which is relatively cheap,” he said. “As long as they can scale and shift when needed (and I think they can) in what they offer their agents, in theory they have no upper constraint.”

Still, Thompson thinks the biggest constraint is simply that the industry itself isn’t big enough.

“I just don’t think there are enough agent bodies out there for any single brokerage to have 500,000,” he concluded.

‘It just gets very hard to continue the hyper-growth pace’

Russ Cofano — CEO of real estate marketing firm Collabra Technology and the former president and general counsel of eXp parent eXp World Holdings — told Inman he believes there is “little chance that any real estate brokerage firm or brand, including eXp, will ever reach 500,000 agents.”

That’s because, Cofano continued, there are three major headwinds ambitious companies have to contend with. First, though eXp is expanding globally, Cofano argued that the “vast majority of this number would likely have to come from the U.S. agent population.” And Cofano believes the U.S. agent population is at a peak right now, with potentially significant declines in the coming years.

“EXp is a pioneer and has done a great job leading the industry with a new model,” Cofano said, “but nothing in that model is inherently protectable and there will be continued new competitors to eXp offering similar (or better) value propositions.”

This is already happening, with firms such as the Real Brokerage and Fathom Realty similarly offering alternatives to more traditional models, and seeing rising agent counts as a result. In order for any one company to hit 500,000 agents, then, it would have to not just lure personnel away from legacy brands but also counter the rise of other upstarts.

Finally, Cofano said real estate “has always functioned under a multi-brand environment which has acted similar to an invisible ceiling on brand growth and I expect that to continue.” To illustrate that idea, he pointed to Keller Williams, which has the world’s largest agent count but “has only grown about 20 percent in the last five years.”

The point is that at a certain point and a certain size, it simply becomes harder to get bigger.

“It just gets very hard,” Cofano said, “to continue the hyper-growth pace that eXp and any new model might come to market with.”

By admin
41 mins ago