After 43 years with the California Association of Realtors, CEO Joel Singer will be retiring at the end of the year, according to an announcement on Friday.

California Association of Realtors CEO Joel Singer is saying goodbye to the Association after 43 years of service, according to an announcement on Friday.

“Joel has had a distinguished four-decade-plus career at CAR, with more than 30 of those years as CEO, overseeing the association’s objectives, business development, strategic planning, legislative policies and product creation so real estate professionals can succeed in today’s changing real estate market,” CAR President Dave Walsh said in a written statement. “On behalf of CAR’s leadership, staff, and more than 200,000 members, I thank Joel for his dedication and hard work, which has had a lasting and meaningful impact on the real estate industry, and I congratulate him on his retirement.”

In addition to contributions as CAR’s CEO and former chief economist and public affairs director, Singer also helped the Association become a formidable presence in California politics by advocating for several real estate and housing policies.

In addition to his work with CAR, Singer has been praised as one of the industry’s first tech innovators. In 1996, Singer created the California Living Network, which is considered one of the first online listing and real estate information portals. Singer also led transaction management provider zipLogix for 18 years as president and CEO, until LoneWolf acquired the company in 2019. 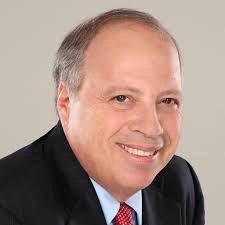 As a result of his work, Singer has been a mainstay on industry best lists, including the Swanepoel Power 200 and two Inman lists of the industry’s top doers and influencers. He also received the National Association of  William R. Magel Award of Excellence in 2004, which is presented annually to an individual who has truly excelled in his or her role as a Realtor association executive.

“It will be very difficult to leave, but it is the right time for me personally,” Singer said in an emailed statement. “I also know that CAR is in excellent hands from both a volunteer leadership and staff standpoint and that this change will open new doors for the organization.”

CAR is forming a search committee to find Singer’s replacement.

IGI back to profitability in first quarter