This is the second installment of Inman’s five-part Bubble Trouble series on the housing market’s unpredictable rise. Check back Wednesday for part three and click here for part one, Bubble trouble: Is the market on a collision course with disaster?

Tom Bailey became a real estate agent in 2008 — as the housing market was going from really good to really bad. It wasn’t easy.

“I did everything,” Bailey, a broker with Margaret Rudd & Associates in Southport, North Carolina, recently told Inman. “I was calling expired listings. Calling [for-sale-by-owner listings]. I’d get out and knock on doors.”

More than a decade later, Bailey’s then-fledgling career has survived and conditions are very different. Before, inventory was abundant. Now it’s tight. Before, many consumers had little equity in their homes. Now, most people put down 20 percent. And overall, despite ever-rising prices, most economists don’t currently think that the housing market is about to fall off a cliff.

Still, Bailey compared now to the bubble of 2008, explaining that he “started out in this business in another market similar to this one.”

The comment highlights that while the specifics today are very different than they were in 2008, other factors — work loads, stress levels, anxiety among consumers, among many other things — are, if not the same, at least similarly wild.

In that light, Inman recently spoke to over half a dozen agents who have been in the industry for more than a decade to see how this particular moment stacks up to the Great Recession.

The takeaway from these conversations is that much as in the past, surviving today requires a combination of grit, long-term thinking and extra work.

At the same time, there’s one big difference between now and the lead up to the last housing crash: Pretty much everyone is talking to each other about bubbles now, and agents are working extra hard to educate their clients about what a correction might look like.

How agents are having the “bubble talk”

One of the most noteworthy things that came up in Inman’s conversations with agents for this story was that every single one said they’ve had conversations with clients about whether or not the market is heading into a bubble. And that wasn’t generally the case for most consumers in 2006 and 2007, as the market continued climbing up and up seemingly with no stop.

Lorraine Baldwin, the designated broker at Nexus Realty in the Seattle area and a 22-year industry veteran, is among those who said her clients are bringing the topic up on their own. 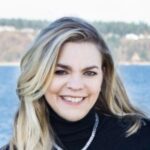 “Everyone is like, ‘I want to wait for the foreclosures,’” she explained. “So I really explain the differences. You have people who have a large amount of equity in their homes now. And back then they didn’t. That’s just not the market we’re in right now. This is not the same scenario.”

Baldwin said the conversations — which also take place among the 80 other brokers she manages at her company — have become so common that she recently prepared a document to highlight the differences between the Great Recession and the present.

“It’s basically like a hypothetical scenario,” she said, noting that the document puts a home purchased over a decade ago side-by-side with one purchased today. “I explain what a balanced market is. We never had inventory levels this low, ever. So, there isn’t really anything you can go back to.”

Baldwin’s experience highlights a challenge many agents are currently facing, which is that while consumers are aware bubbles exist, they may not fully grasp the underlying economics that create them. Breaking down why some rising prices are a bubble and why some are most likely not, is consequently a task many agents are undertaking right now. 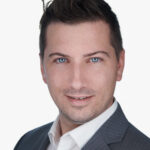 “It comes up,” Brent Robertson, a Douglas Elliman agent in the Palm Beach, Florida, area, told Inman. “Everyone wants to say it’s the next 2008, or compare it to 2008.”

Robertson said that his strategy has been to educate his clients on the causes of the last crash. He walks them through what the market was doing at that time and why the housing industry was on weak ground, then proceeds to highlight the differences between today’s market, pointing to things like inventory and rising material costs.

Most agents who spoke with Inman said they’re taking a similar approach, breaking down the differences between today and the 2008 bubble. But many also added that they’re having hard conversations about potential market corrections as well, telling their clients that today’s high appreciation rates are unlikely to last forever. 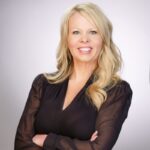 Traci Ratzlaff, for example, is an agent with Real Broker, in Hutchinson, Kansas. She said that like much of the country her area is seeing rapid price appreciation and multiple offers on most homes — things that are extremely unusual for the normally more docile local market. And for Ratzlaff that has prompted her to proactively bring up the possibility of a bubble even when clients themselves don’t ask about it.

“I want to make sure we have that conversation,” she said. “I’d rather have it up front.”

The point in these conversations, Ratzlaff went on to explain, is to help her clients better understand how markets work. Though she, like others who spoke with Inman, doesn’t envision a sudden housing collapse on the horizon, she does explain to clients that corrections eventually happen and homeowners need to be prepared for the day when that comes. And so far, these discussions haven’t dissuaded anyone from actually buying.

“It hasn’t stopped them from making the purchase they want to make,” she said. “It hasn’t changed anyone’s mind.” 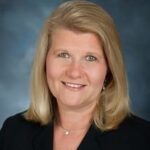 Stephanie Prisock Nix, who has been an agent since 1996 and is today with RE/MAX in the Jackson, Mississippi, area, also proactively brings up the possibility of a correction with her clients. She explains how prices do rise and fall over time, and that today’s conditions won’t last forever. For her, the conversation also typically involves investigating what a person’s long-term plans are for the property.

“I’ll ask them, ‘How long do you see yourself being in this property? Is it something you see yourself in long term?’” she said. “For those younger people who maybe want to move up in three to five years, there’s a potential there that if this is a bubble and it corrects, they could be hurt.”

Nix also specifically encourages clients not to buy at the absolutely limit of what they can afford. While these can be tough conversations to have, she sees them as important foundation-laying for future business.

“I don’t want them to come back and say, ‘You didn’t tell me this could happen,’” she said.

The agents who spoke with Inman for this story were ultimately evenly divided between those who bring up the possibility of a bubble, or at least a correction, and those who said their clients are mentioning the topic first. But either way, these conversations appear to be nearly ubiquitous right now, and they’re a big differentiating factor compared to the last housing crash.

In other words, while consumers are still apparently willing to pay top dollar for homes, both they and their agents are steeling themselves for a world that’s less certain than the one that appeared to exist in 2006 and 2007.

What agents learned from the last, craziest time in real estate

While today’s market bears little similarity to that of the Great Recession in terms of its financial underpinnings, the lived experience on the ground for some agents is not altogether dissimilar. For example, Ratzlaff — who joined the real estate industry in 2001 — recalled that during the collapse she adapted to work with short sellers, which meant “we worked 10 times as hard for that one transaction.”

“It was better than not having a transaction,” she noted.

But Ratzlaff’s description of having to work significantly harder for each sale closely parallels the way numerous buyers’ agents have described today’s market. When there’s so little inventory, after all, agents spend more time with clients and have to hustle more than ever to close deals. The workload is greater.

Ratzlaff added that she also has seen at least one hint that the market may be leaning slightly back into bubble-like practices: “I heard about hard money lending for the first time last week since” the bubble in 2008.

Whether more bubble conditions return in any meaningful way remains to be seen. But other agents who spoke with Inman similarly said there are lessons to learn from the last, craziest time in the industry. 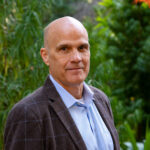 Andrew Oldham, a Bay Area agent who with his wife Jennifer Oldham runs the Oldham Group within Compass, has been in real estate for more than two decades and said that when the bubble popped last time, his brokerage at the time went from doing “120 deals a month to four or five.”

Like others who spoke with Inman, Oldham is having conversations about a potential correction with clients. But whatever happens he said that the takeaway from the last collapse is that it’s important to “keep your head about yourself.”

“Understand that markets shift and markets change,” he said. “What we saw in 2006 and 2007, really it was greed. That market was driven by greed and cheap money. This market is driven more by supply and demand. There’s a completely different aspect to it, but that doesn’t mean that the market isn’t going to shift.”

Which is to say, the universal truth that unites today and the past is that shifts do come, and agents have to prepare.

Other agents who weathered the last crisis offered similar advice, saying that they made it through hard times by sticking to fundamentals. Nix, for instance, said that agents need to focus now on building relationships with clients because those relationships will be what gets them through leaner times in the future. And Baldwin said agents need to “save, save, save.”

“One of the things that I personally have learned is to save,” she said. “When you’ve got all these deals and it’s going really well — save. Because the market does change. I’m stacking my pennies right now.”

Last chance to be named a Top Insurance Employer