A beloved Nebraska real estate agent who had been missing since going to a home showing on Monday night has been found dead in an a west Omaha house.

Omaha outlets were the first to report that the Douglas County Sheriff’s Office is investigating the death as a potential homicide. Mickey Sodoro, a 70-year-old agent with the local NP Dodge, had not been heard from by his team since entering a home at 193rd Avenue and W Streets for a showing on Monday night.

By Tuesday night, Sodoro’s body had been found at 19350 W St., a nearby house that NP Dodge currently has listed as a rental. A truck identified to be Sodoro’s has also been located about a half mile away.

While no people have yet been charged or taken into custody, local investigators told news outlets that they believe Sodoro was showing the rental property to a potential client. A full investigation is ongoing.

“It is with a heavy heart I share that the family of our respected and longtime associate, Mickey Sodoro, has confirmed his passing,” Mike Riedmann, the president of residential sales at NP Dodge, told Inman in a prepared statement also sent to his team of agents. “I have spoken with Mickey’s son and he wanted everyone to know that first and foremost, Mickey was a family man, and his family meant everything to him. They were the reason he worked so hard and he loved his coworkers. We are grateful for the 27 years Mickey spent with our NP Dodge family. He was loved and valued and will be missed by all.”

Sodoro had been working at NP Dodge for nearly 30 years and, when news of his death broke, colleagues and associates expressed words of regret on social media. He was described as a kind, caring man who cared deeply about getting clients the best home and often mentored younger agents.

“Mickey was one of the first agents I met when I started in real estate and in many ways acted as one of my mentors,” Kyle Schulze, an agent with Berkshire Hathaway HomeServices in Omaha, wrote on Facebook. “He was the top agent in our office and one of the busiest people I knew but he took the time to talk to me even though it benefited him in no way other than filling his warm and generous heart to help a kid he said reminded him of his own son.” 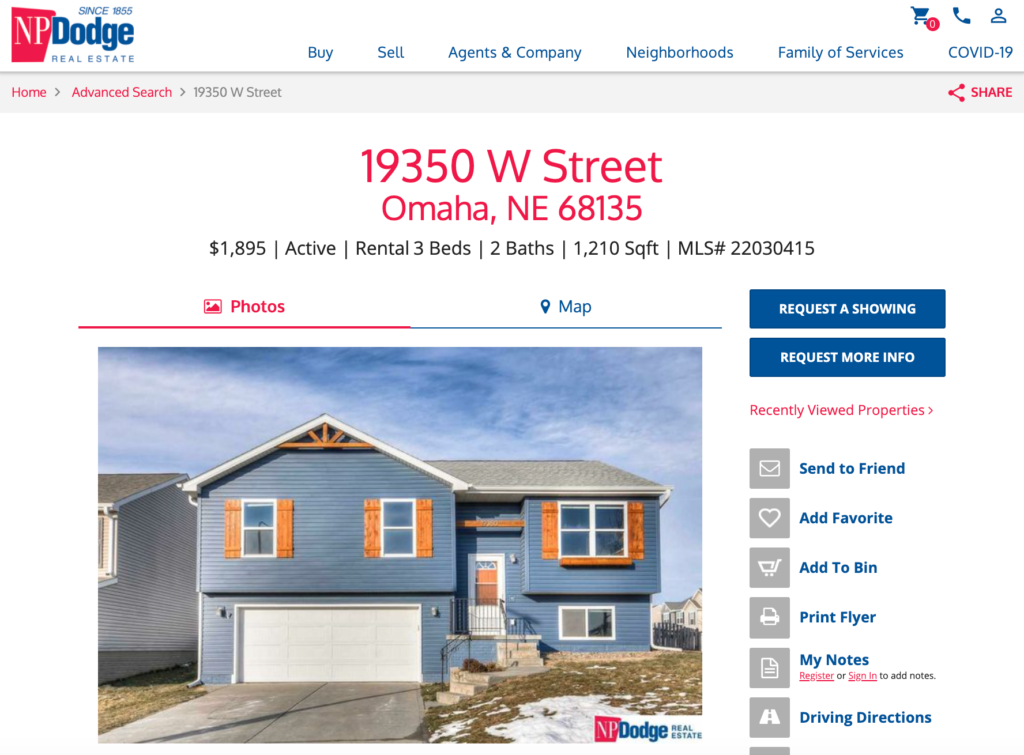 Discussions of agent safety often reignite after a death or attack at an open house or showing. In May, Kellers Williams Realty agent Lenora Farrington was showing an open house in Huddleston, Virginia when a man walked in and hit her over the head multiple times with a wrench. In August, two men were arrested on charges of waiting out for a female agent outside a home showing while plotting to abduct her.

Various safety advocacy groups give similar suggestions about vetting potential visitors, knowing the exit of every room, reading body cues and always having an easy-to-access alarm activated on one’s phone. DCSO Captain Eric Sellers also advised agents in Omaha to only show homes in pairs until the investigation into Sodoro’s death is complete.

Today I am deeply saddened by the death of my friend, fellow Realtor and a true professional, Mickey Sodoro. When I…

The need to remain highly visible online and constantly meet with strangers makes real estate an inherently dangerous job — a fact that, as colleagues who did not know Sodoro personally but still expressed their shock and sadness wrote on Facebook, agents always need to remember both for themselves and when looking out for their colleagues.

“With so much focus being placed on taking COVID safety precautions and personal goals for production, it’s easy for complacency to creep in our business processes,” Carl Carter Jr., who launched the Beverly Carter Foundation after his mother was kidnapped and killed at an open house in 2014, told Inman. “As a starting point, I recommend two best practices related to working with new clients. First, do your best to identify your client and their buying qualifications.  Keep their information secure and accessible by a trusted colleague.  Secondly, don’t be afraid to ask for help.  It’s been proven there is safety in numbers.”

Pulse: What Are Your New Year’s Resolutions For 2021?

The ABCs Of Choosing And Installing A New Dishwasher