The combined company will have nearly 600 agents spread out across much of Northern California.

Sereno Group, the largest independent brokerage operating in Northern California, announced Friday that it is merging with Dwell Realtors, another indie that has made waves in the region.

The two companies framed the move in a statement as “joining forces,” saying that the combine firm will have “575 experienced agents producing $6 billion in annual sales.” In an email, a company spokesperson further described the relationship as a “merger,” noting that Dwell will eventually be rebranded to operate under the Sereno banner.

The companies did not disclose financial details of the deal or say when exactly that rebranding process would be complete.

However, the deal is par for the course for Sereno, which last summer acquired East Bay brokerage J. Rockcliff. The company’s statement further notes that Dwell represents “the fourth addition in less than 10 months.”

In the company statement, Sereno CEO Chris Trapani said “words cannot begin to express how honored and inspired we are to unite with the esteemed Dwell Realtors.”

“We remain convinced that professional and caring realtors provide the most comprehensive service to the clients they serve,” Trapani added. “Sereno intends to invest further into this reality for many years to come.”

Trapani co-founded Sereno in 2006, eventually growing the company to have 14 offices across California’s Bay Area, Silicon Valley, Lake Tahoe and other regions. 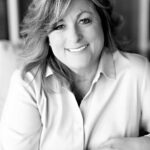 Dwell, meanwhile, began operations in early 2015 and is based in San Carlos, about 30 minutes south of downtown San Francisco. Agent-partners Laura Bertolacci, Bob Bredel, Tatum Clarke, Joyce Romeo and Alana Corso lead Dwell and will stay on through the merger.

In Friday’s statement, Bertolacci said the merger will allow “us to further our quest for a better client experience and expand our community reach while providing the same exceptional service clients have come to expect from Dwell.”

“There’s a natural synergy that has occurred between these two companies,” Clarke said in the statement, “and I couldn’t be more excited for our agents, clients and our community to experience it.”

Compass Expands To 30A, Brings On Spears Group, More Agents

The new landscape of financing: what you need know

Compass Expands To 30A, Brings On Spears Group, More Agents