The Inventory Inquiry is a week-long Inman series analyzing the ongoing housing shortage. We’re digging into the state of the construction industry, the listing void that startups are vying to fill and the own-to-rent boom causing inventory schisms nationwide, among other big issues. Check back for more on the inventory imbroglio, all week long.

In 2019, before the coronavirus reached the shores of his Hawaiian clients, Greg Burns’ buyers were already growing unhappy with the selection available.

When the Hawaii real estate agent’s clients struggled to find the right home amid limited inventory, he found the best solution was often hidden off the MLS. It just involved painstaking data collection to find these homeowners and reach out to them with a competitive offer.

“And so at that moment, I’m like, OK, if I can connect these silos of data in a way that, with a few quick clicks of a button on an app, an agent can do something in minutes [that] would take me hours, if not days, to do…” said Burns, co-founder and CEO of the tech startup DropOffer, which aims to connect agents with off-market properties.

Now Burns’ company is one of a group of tech players looking to tap into new real estate inventory by coaxing more homeowners into listing their properties, or selling them off market.

This new class of startups collects data and leverages their own private marketplaces to either connect buyers with reluctant sellers, or lure homeowners to list with the promise of fewer headaches and more reliable terms.

If successful, the efforts of these tech providers could free up a new class of inventory in this historically tight market — and produce a financial windfall for investors.

Despite some signs of recovery in the late summer and early fall of 2021, the inventory crisis heading into the spring is now deeper than ever.

At the end of February, fewer than 730,000 homes were listed for sale, the fewest in any month since the pandemic began, according to Zillow Research. Twice as much inventory was available in February 2019, when Burns had his big idea.

Even in the relatively normal market of two years ago, Burns felt agents who could connect their buyers with off-market sellers would be highly valued by clients. They just lacked the technology to make this process efficient, he said.

“There is a problem when you have 150 million homes in the United States and there’s under a million on market at any given time,” Burns said. “That creates a housing crisis.”

Off-market homes were often a better fit for his buyers’ needs, he said. Some of them might have been eyeing homes in a particular neighborhood, for example. And they were sometimes willing to pay above-market prices to get the right home.

“Our idea is, we’re saying every home is for sale — for the right price,” Burns said. “And so we’re trying to open up inventory.”

While no plans for this have been announced, this is an area the Top Agent Network has been watching closely, its CEO David Faudman told Inman. 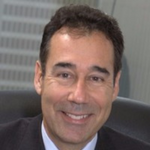 “What we’re really working on is trying to loosen up this hidden inventory … from reluctant sellers who would consider a sale if the hassle factor was low, the price was good and the terms were excellent,” Faudman said. “Once we do that, then we hopefully break some of this bottleneck that we’re in, because the market is really stuck.”

Faudman’s organization offers networking resources for its member agents, generally the top 10 percent in their respective markets. These resources include a so-called “quiet sellers” tool, which helps agents of willing sellers seek an off-market deal without marketing the property widely.

The Top Agent Network’s quiet sellers tool is one way that tech providers have been offering off-MLS options for agents, who are bound by National Association of Realtors policy to list on the MLS any publicly marketed property.

Every data-based company that dabbles in the off-market space is operating in the shadow of the National Association of Realtors’ clear cooperation policy.

The policy, which went into effect nearly two years ago, requires NAR members to list their properties on the MLS within one day of publicly marketing them.

“Agents used to be able to talk freely amongst each other about their properties, even if they weren’t on the MLS,” Faudman said.

While Faudman says the Top Agent Network’s quiet sellers tool was developed before NAR approved clear cooperation, it has been able to coexist with the policy because the sellers’ agents who use the tool never publicly market the properties.

Instead, the tool pairs agents one-on-one with other agents whose buyers may be interested in an off-market home like the one being listed.

In the San Francisco Bay Area, the real estate tech company Aalto had originally marketed its off-market services to real estate agents. When NAR announced clear cooperation, however, the company decided to pivot to a direct seller’s platform. 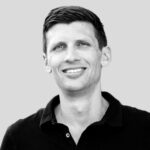 “We kind of learned that if we wanted to change the rules to put consumers first, then we would have to create our own marketplace,” said Nick Narodny, Aalto’s founder and CEO. “Which is why it’s not really off market. It’s a different market.”

The typical Aalto seller is in an earlier stage of their home search, dipping their toes in the market before they’ve even spoken with an agent, Narodny told Inman.

If an Aalto seller ends up finding a buyer through the platform, the transaction will bypass a seller’s agent entirely. Instead, the client will work with Aalto’s adviser team.

Aalto spokesperson ​​David Clavens said this team consists of “agents in a previous life” who are not members of NAR, and perform a different series of tasks to help the off-market sale cross the finish line.

For sellers, Aalto’s pitch centers on a low-stakes “listing” with no ticking clock, and lower fees than the typical seller’s agent charges.

For each of the startup executives Inman spoke with for this piece, convincing sellers of the benefits of the off-market approach was crucial. A place in the MLS can come with headaches and disadvantages for homeowners, they argue — but it also undeniably draws eyeballs.

Access to new, less competitive homes would come as welcome news to many frustrated buyers, especially those who have already gone through the heartbreaking process of losing out on home after home.

An increasing number of prospective clients who approach Harrison Beacher’s firm in the Washington D.C. area now ask if they can see off-market properties. Their hope, Beacher said, is to avoid the exhausting process of competing with other buyers. 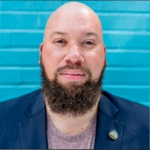 “Consumers are now believing that they have to get to something off market,” said Beacher, a Keller Williams agent who serves as president of the Greater Capital Area Association of Realtors.

But for the typical seller, it’s rarely in their best interest to keep their home off the MLS, Beacher said. This type of transaction is more common in higher price points, or in cases where homeowners want to keep their name out of the headlines, he said.

In some cases, tech startups are trying to appeal to seller clients not by running from the MLS, but supplementing it. 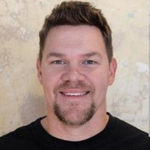 Doorsey CEO Jordan Allen still sees the MLS transaction — and the agent-assisted deal — as the most promising avenue to revenue for his real estate startup.

Buyers too often misunderstand the terms their seller is looking for, and as a result make suboptimal offers, Allen said.

Doorsey was designed to address this problem, by allowing sellers to specify the exact terms they expect at the outset — such as a non-negotiable move-out date, or the waiving of a specific contingency. Buyers interested in offering on those terms then bid against each other on Doorsey’s platform in an auction-style transaction.

But unlike some other platforms in this space, none of Doorsey’s seller customers skip listing on the MLS. What use is an auction-style offer platform, he asks, if fewer people are getting in on the bidding?

As a whole, Allen said he suspects an increase in off-market deals could hurt the real estate agent community.

“As a consumer, when I find out there was a house that I really wanted and it just got marked as pending and wasn’t even listed, I’m mad at my agent,” Allen said. “Who wouldn’t be?”

Burns, of DropOffer, disagrees with this notion. Agents who can locate and win off-market properties can leave a stronger impression on their buyer clients, he argues. And if agents can find enough of these opportunities, he said, they can start to make a real dent in America’s inventory shortage.

“Ultimately what we’re hoping for is it opens up this bottleneck of inventory that is creating a housing crisis,” Burns said.

How To Extend The Life Of A Real Estate Conference