With the presidential inauguration of Joe Biden imminent, the Capitol, and the country, are preparing for a sea change.

But real estate professionals in the greater Washington, D.C., metro area say the turnover that occurs in the market with a presidential transition is much more understated than most people might initially think.

“Like many things in life, the reality is perhaps not quite as dramatic as what the expectations are,” David DeSantis, a managing broker with TTR Sotheby’s International Realty, told Inman. He explained that 40 or 50 years ago, “Washington, D.C. was kind of a small one-company town.”

“Government was really it, and so when administrations changed it was a much bigger deal than it is now,” he said. “Now we’re living in a metro area of over 5 million people. We have huge numbers of well-developed industries outside of government like tech and biotech and all sorts of other things. And so when you add up all of the people who come and go during an administration change, or even really during a Congressional election, it’s frankly a blip in terms of the number of properties that we are selling on an annual basis in the current environment.”

Particularly during an election year that’s been charged by wildly polarized political views, DeSantis noted that the biggest change in the greater metro area is a psychological one. But that could still have a palpable impact on the market.

“I think that everybody, whether you’re happy about this or perhaps not so happy, sees it as a very significant change, psychologically, and in every other way,” DeSantis added. “So I think that will probably lead to higher activity in the D.C. market in the spring.”

Like many markets in the United States, the city is seeing historically low inventory levels, so DeSantis said that even before the election, it was not easy to be a buyer in the D.C. market, particularly in Washington, D.C.-proper.

“We were down to a month’s inventory at any one time, and when you get down to a level that low, it starts to get very competitive and sometimes nasty,” he said, adding that he hopes a changing of the guard may spark a mindset change in some potential sellers and spur them to list. “It’s like, ‘Oh, a new administration, a fresh change, the pandemic is ending — let’s go out and buy a new house.’ We hope that will be the case.”

Still, Chris Perry, an agent with Coldwell Banker, said his colleagues have already seen a bit of traffic from incoming members of the Biden administration.

But, he added, “I haven’t really seen a big influx of inventory on the market with people moving out of the area from the Trump administration, but we do expect that pretty soon.”

Many of the more upper-level members of Biden’s administration are Washington veterans, and therefore, are probably well-established in their homes and unlikely to move. But, DeSantis noted that an ample number of Biden’s low- and mid-level employees may not be in a position to buy a home right now, a factor that could give a slight boost to D.C.’s rental market.

“Obviously, we all hear about the high-profile people that are coming in with any administration, but as you can imagine, there are also a lot of lower- and mid-level employees that are turning over and those folks may or may not be in a position to buy, certainly right away,” DeSantis told Inman. “I expect that that will have kind of a positive impact on the rental market here in D.C., which frankly could probably use a little shot in the arm. The rental business across America has been impacted fairly strongly by the pandemic, so anything we can do to prop that up a little bit is probably a good thing.”

Perry said political newcomers to the area are likely to either choose one of D.C.’s posh Northwestern neighborhoods (Georgetown, Kalorama, Mass Ave Heights, for instance), or neighborhoods close to the Capitol.

“People like being close to where they have to work,” Perry said. “Capitol Hill, I think, is really going to explode when the new administration really comes in.”

Although DeSantis and Perry both expressed optimism about the D.C. market for the upcoming year, some might wonder if the Jan. 6 riot at the Capitol — which alarmed onlookers across the world — might leave some buyers looking to avoid or move out of D.C. in the near future until the dust settles.

But they and other agents Inman spoke with said they expected things to be relatively peaceful from here on out, and ultimately, the incident wouldn’t likely detract from everything else people love about the city. 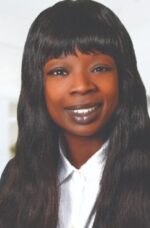 “I’m keeping my eye out just to make sure there aren’t trouble makers here,” Bernadette Coates, an agent with Keller Williams in Annapolis, Maryland (about 30 miles outside of D.C.), told Inman. “I will let someone know if there seems to be any ruckus. But no one’s been wild, I haven’t seen any gatherings or anything like that … So, I can’t say I’ve really seen any impact.”

“I’m sure that there are people who do feel uncomfortable — and not to make light of what happened at all, because, needless to say, it was a very, very serious thing — but I think that it took everybody by surprise and D.C., as a city, is a fairly secure place,” DeSantis said. “I think we’re all kind of reeling because we live here and we love this city and you walk out your door and you see National Guard trucks driving down Connecticut Avenue to the White House. It’s jarring, it’s certainly unpleasant and we’re all hopeful that it ends sooner rather than later. But yeah, there may be some lingering impact, but I think overall most people still feel like this is a great place to live.”

Putting the insurrection at the Capitol aside, everything that the city has been through over the past several months with the pandemic, racial protests, political tension and more has made a lot of people reassess their priorities and make new life choices, Jenn Smira, Executive Vice President of the Jenn Smira Team at Compass, told Inman. 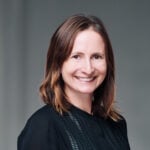 “I have a set of clients that were going to move from Silver Spring to Potomac, and having gone through the last several months, they realized this isn’t even where they want to be and where they want to continue to raise their children, so they’re moving to the Bay Area,” Smira said.

The certification of the election results also significantly impacted her clients, Smira said. She noted that with the outcome of the election now clear, she thought many D.C. residents felt they could “take a deep breath.” (The District typically swings Democratic, and in the 2020 election, 92.1 percent of votes went to Biden, according to the Washington Post.)

“I think now there’s a level of certainty and people can go on about their life and with their game plans,” Smira said. “I even had clients that were saying, ‘If Trump wins, we’re moving to Loudoun County [in Northern Virginia]. If Biden wins, we’re staying and moving to Chevy Chase [on the D.C.-Maryland border].’ Now that the outcome is clear, people know that they’re going to be here in the city, they’re going to be working in this region, and hopefully we’ll see more inventory go on the market, and we’ll see more activity.”

“Regardless of who is in the White House, we’re still moving real estate,” Smira added. “It’s just new energy, and a new time in D.C., and I feel that every agent I speak to is just feeling more upbeat.”