Rochester, New York, is a city that’s been heating up for well over a year now.

The modestly sized city located to the south of Lake Ontario has a rich history as the birthplace of well-known brands like Kodak, Xerox and Bausch + Lomb, as well as home to prominent figures of the 19th century like George Eastman, Susan B. Anthony and Frederick Douglass.

But in addition to its history, the city has a thriving arts scene, is plentiful in parks and access to nature, and has a strong economy with major employers like the University of Rochester, Rochester Regional Health and Wegmans Food Markets employing tens of thousands of the area’s residents (among other prominent employers in the area like Harris Corp. and Paychex Inc., which also employ thousands of workers).

The city started showing up people’s radar as an attractive place to live before the pandemic, driving a housing boom never seen before in some Realtors’ lifetimes. But since the pandemic began, agents told Inman that even more people have started to flock to the city from pricier markets downstate, as work-from-home policies became the norm and homeowners realized they could enjoy more space and a lower cost of living.

As competition in the city’s housing market intensified, buyers started to seek out alternatives to some of the city’s traditionally more trendy neighborhoods, which has allowed neighborhoods like North Winton Village to take the spotlight.

It may not be quite as jam-packed with businesses as some other nearby neighborhoods in the city like Park Ave or South Wedge, but North Winton Village has a substantial offering of both long-standing and new businesses within walking distance of homes, which has helped it attract new residents.

What is North Winton Village?

North Winton Village is roughly three miles east of downtown Rochester. Its southern border runs along train tracks parallel to University Avenue (one of the city’s main streets), and its eastern border is largely demarcated by New York State Route 590. The neighborhood’s western border is marked by Culver Road, which is home to several restaurants and stores, while its northern border is a bit more irregular, but largely bound by Colebourne Road.

About 20 years ago, North Winton felt like “kind of a distant neighborhood to the city,” Brian Callahan, an agent with RE/MAX Plus, told Inman. But because of that distance from the city’s core, its more affordable prices helped it gain in popularity over the years. And as city amenities have expanded outwards from downtown over the years, North Winton has become even more attractive and felt less far away from the action.

Sponsored Content“In markets like North Winton, where houses are flying off the market in fewer than 10 days, speed is the name of the game. That means homebuyers need to work with a mortgage lender that will provide them the necessary resources to secure the home with confidence. For those who get their loan with Rocket Mortgage, a Verified Approval will allow them to operate with speed, ease and certainty because all of their income and assets are reviewed ahead of time, allowing them to compete with cash buyers.”— Bill Banfield, Executive Vice President of Capital Markets, Rocket Mortgage

North Winton is also adjacent to other neighborhoods with interesting offerings. Cobbs Hill to the south has a few parks and is host to a number of annual arts and music festivals, and to the west and southwest, East Avenue is home to the George Eastman Museum and the Rochester Museum and Science Center, while Park Avenue offers a variety of restaurants and shops. The upper northeast corner of North Winton, meanwhile, spills over onto Tryon Park, which boasts 82 acres of undeveloped trails. 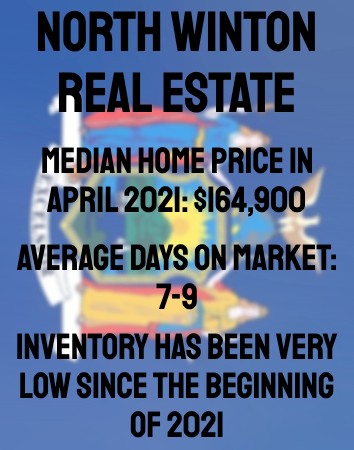 North Winton is one of the city’s older neighborhoods, and as such, has plenty of mature trees lining the streets, as well as an active neighborhood association that hosts annual festivals and engages in regular neighborhood beautification projects.

Most homes in the area were built between the 1920s and 1960s in a variety of styles: Cape Cods, bungalows, American Foursquares, cottage-styles, colonials and split-level homes are all represented. The neighborhood has a good mix of single-family homes, half doubles and properties broken up into rental units, as well as a couple apartment buildings.

A search of listings available in the neighborhood on Zillow as of mid-April turned up four available listings, one of which was a 4,500-square-foot plot of land. The other three available listings were all three to four bedroom homes built between the ’30s and ’50s priced in the low to mid-$100,000s. 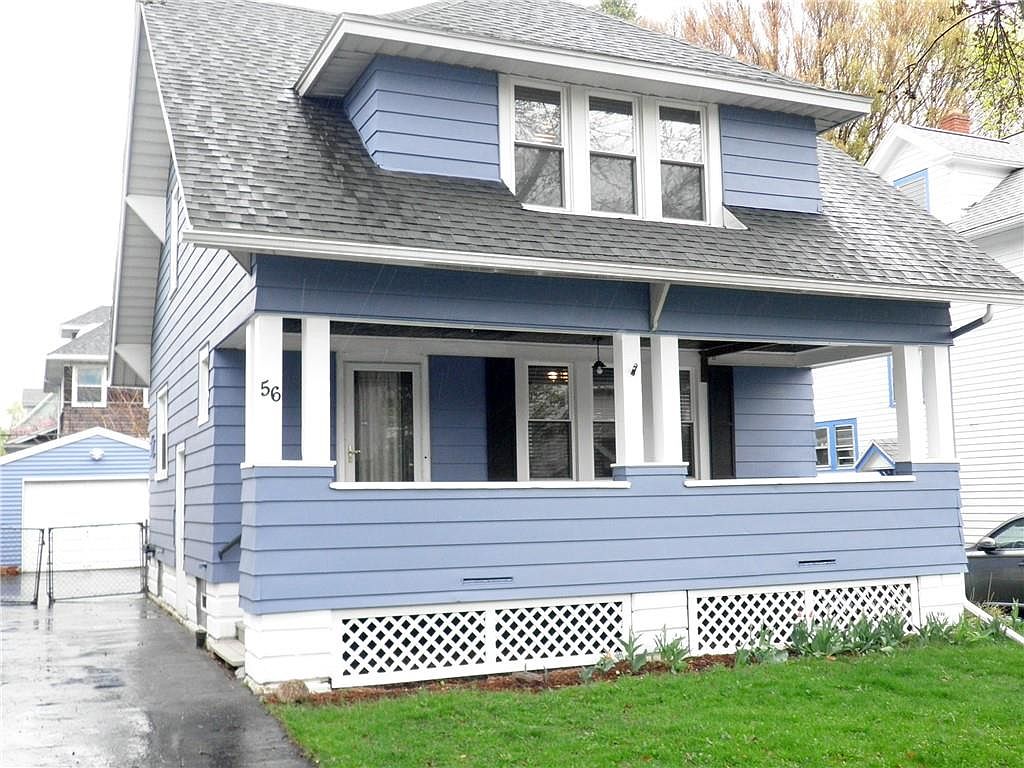 A home listed in North Winton Village in mid-April for $149,900 | Credit: Zillow

In addition to strong price growth in recent years, the limited time properties in North Winton stay on the market further indicates the neighborhood’s popularity. According to Zillow, properties were on the market for about nine days until they became pending in December 2020.

Homesnap’s more recent data shows that this hasn’t changed much in the last few months. As of mid-April 2021, sold homes spent an average of eight days on market before becoming pending. Days on market data received from Redfin was even lower, with homes typically spending about seven days on market each month since July 2020.

Years ago, the neighborhood was largely seen as an affordable alternative to pricier neighborhoods nearby. But now with its popularity growing, those bargain prices are a bit more difficult to find.

“More people and owner-occupants are refurbishing the houses and making them nicer. It’s been really growing for the past 20 years, and in the past 10, it’s just skyrocketed,” Callahan told Inman.

Some of that price differential can partly be attributed to the Rochester market as a whole being undervalued for several years in the wake of the financial crisis of 2008, Callahan added. “We’re catching up to even places like Buffalo and Syracuse that were not as depressed for so long.” 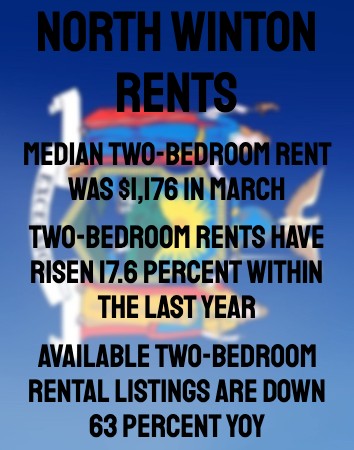 Rita Pettinaro, an agent with Keller Williams Realty Greater Rochester, told Inman that North Winton features a few apartment buildings, but most apartments in the area are large homes that have been divided up and converted into two or three apartment units.

As rents saw national growth for the first time after eight months of declines during March 2021, Rochester made Realtor.com’s list of top 10 markets with the largest rent increases that month. The median rent increased by 7.6 percent year over year at that point to a median rent of $1,175.

In North Winton specifically, data from Zillow for the 14609 zip code shows that rents in the area actually jumped 19.5 percent year over year during March to $1,066. Rents in the zip code saw a bit of a slump during April 2020 to October 2020 as the pandemic ravaged the nation’s rental markets, but since November, rents have seen steady year over year increases each month.

“[Low inventory is] also driving the rental market because people can’t find rentals either, and a lot of people aren’t selling because they can’t compete with a non-contingent market,” Callahan said. 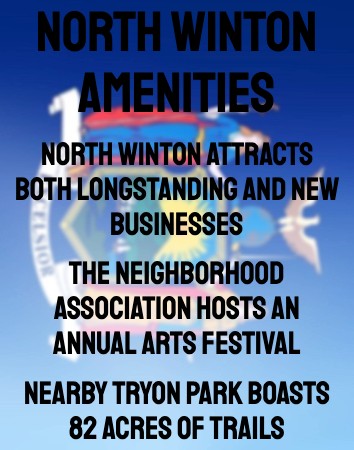 Just within about the last year and a half, North Winton Village has attracted a number of new businesses, including an Aldi grocery store, an Italian restaurant that features high-end cocktails, and an Italian/Caribbean ice shop, among others.

In addition to new offerings, the neighborhood has also long been home to well-established businesses that have been operating for nearly 100 years, like The Winfield Grill, which originally opened in 1933 as the Winton Restaurant.

“There’s a couple areas in the Rochester area that people are gravitating towards as far as the city is concerned, and that one is hot,” Pettinaro said. “The area is close to great restaurants, and a lot of great places to hang out.”

North Winton is also home to Mayer Hardware, which has served the community for decades; 18 community gardens; a branch of the Rochester Public Library known for its Russian language collection; the Humboldt Recreation Center for teens and kids; art and event venue ARTISANworks; and bowling alley/arcade/bar/restaurant compound Radio Social.

Tryon Park also offers robust hiking, biking and birdwatching opportunities for outdoor enthusiasts. Parts of the park even give visitors ample views of reedy wetlands in the southern end of Irondequoit Bay, which lies to the northeast of the green space. 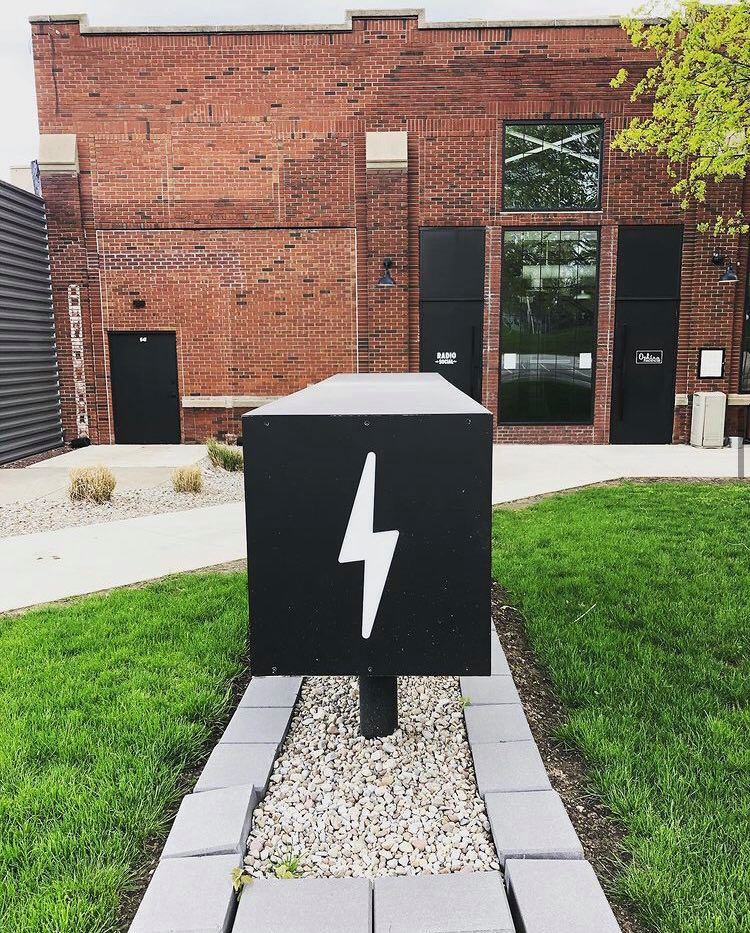 “There’s a lot of festivals that go on there in the summertime,” Pettinaro added. One of the North Winton Village Association’s point of pride is its annual Festival of the Arts held in September. (It was cancelled in 2020 due to COVID-19.)

“A lot of the merchants have moved their spaces there. There used to be a lot of vacancies, and that’s not the case now. The prices have gone up, so the fight for [homes] has been pretty incredible.” 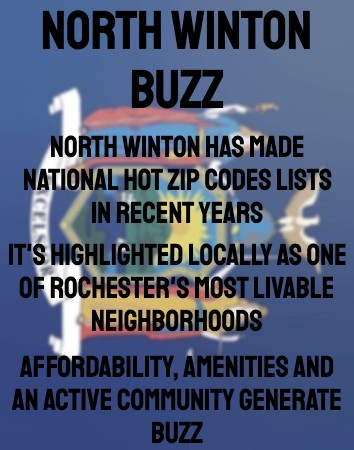 Not surprisingly, North Winton’s diverse, attractive offerings have helped it gain both national and local attention.

In the summer of 2019, the 14609 zip code in North Winton landed on Realtor.com’s list of 10 hottest neighborhoods for 2019. At the time, Realtor.com Chief Economist Danielle Hale said buyers were drawn to the neighborhood because of its affordability, lively scene as a college town, and ample job opportunities in medical and education sectors. 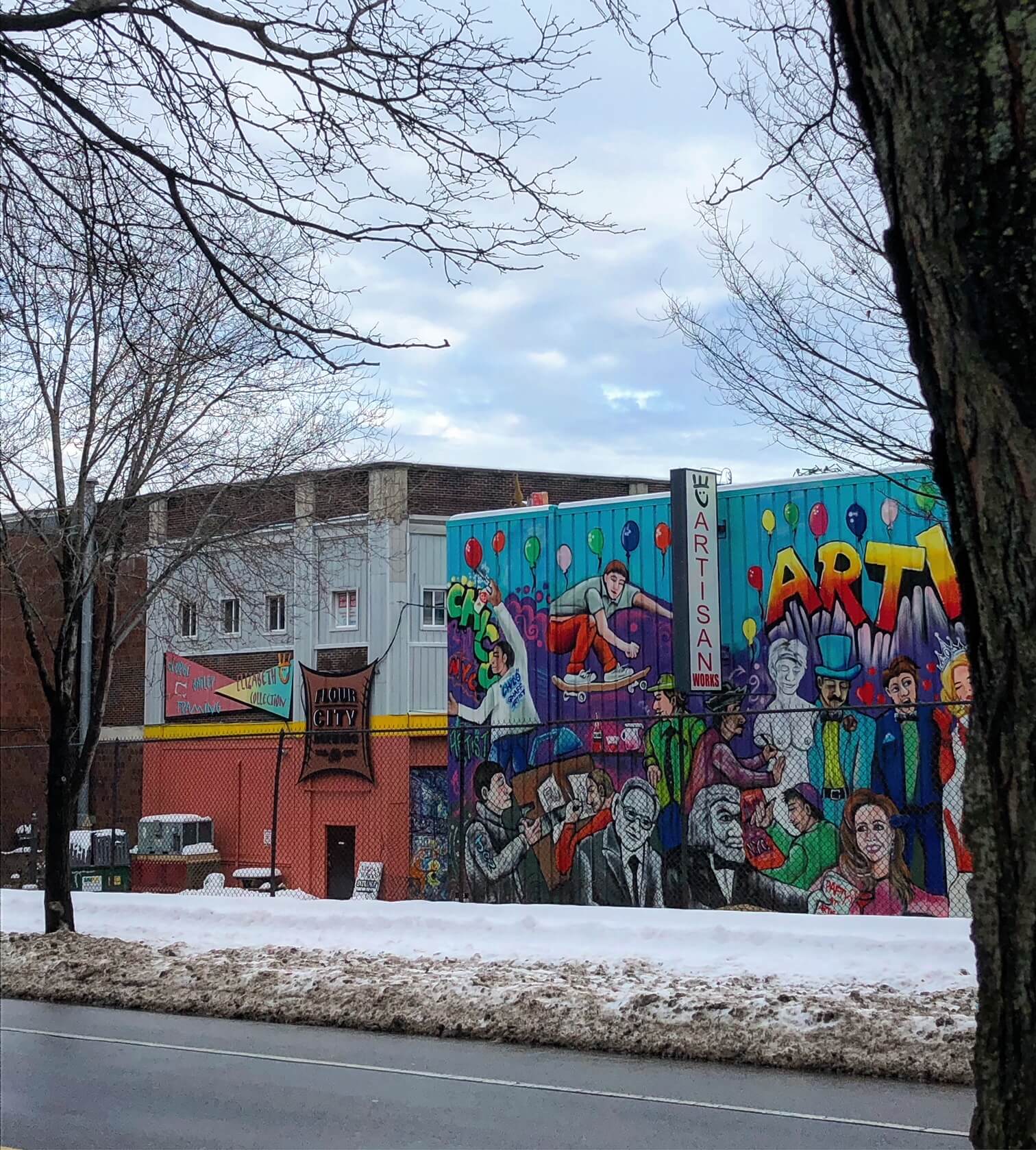 “There’s always something new to try, either right here or a just short bike, bus, or car ride away,” Brian Halligan, a marketer and freelance writer and resident of North Winton, wrote for the now inactive Rochester blog I Heart ROC in 2018. “But there’s history here too. We’re not the first nor the last to make this area our own, and the diversity of our neighbors, from old-timers … [to] the 20- and 30-somethings buying their first homes here ensures that every era of the neighborhood continues to live on.”

“It’s the difference between a place and a community, and that’s what makes North Winton Village more than just a destination,” he added. “It’s home.”

How To Market A Fixer-Upper In A Seller’s Market

Your Unique Service Proposition Differentiates You. Here’s how To Communicate It

How Masterminds Helped This Office Close 13,400 Transaction Sides In 2021

Allstate reveals warning for US motorists

Is a Small Business Loan Secured or Unsecured?

Can You Pay Off Someone Else’s Mortgage?

Bungalow Style Homes: What They Are and Costs