By now, most Americans have become well aware of the comforts to be gained during this pandemic from scrolling through dreamy Zillow listings.

Surety First surveyed more than 1,000 people about why or how often they browse Zillow and what kinds of activities they might give up in order to enable their browsing of the site.

What the company found was, Zillow browsers can get pretty obsessed. More than half of those surveyed said they spent between one and four hours browsing listings, with the majority of those individuals (34.5 percent) spending between one to two hours on the site.

Men were 14 percent more likely than women to spend one to four hours on Zillow. Perhaps not surprisingly, individuals in the baby boomer demographic were less likely to be so hooked on the site, with 86 percent responding that they spent less than an hour or no time at all on the site.

A substantial portion of Zillow users also use the site without any intention of buying or renting — 39 percent of survey respondents said they have between three and five Zillow alerts set up for houses they don’t plan on buying.

Americans’ Zillow habits are also impacting other parts of their lives in not insignificant ways. Fifty-eight percent of those surveyed said they missed an important deadline as a result of Zillow browsing. Nearly as many respondents (56 percent) said they canceled plans with friends because they were browsing through listings.

Overall, 41 percent of respondents admitted that their time spent on the site has caused them problems in their personal or professional lives.

But, a good portion of users just spend time on Zillow for the sheer indulgence of fantasy: 57 percent of respondents said they browse listings in order to daydream or wind down.

Surety First’s survey also showed that many Zillow browsers really allow their fantasies to run wild: 62 percent of respondents said they browse through listings at least $100,000 or more over their current homes and 64 percent have even contacted an agent about a home they know they can’t afford.

But the dreaming doesn’t stop there — 80 percent of respondents admitted to fantasizing about a home they saw on Zillow at least once per week, 44 percent said they developed an emotional attachment to a home on Zillow and 51 percent said they keep browsing listings even after purchasing a home.

As the pandemic has continued to impact the lives of Americans in varying ways over the last year, Surety First’s data shows that people have increasingly taken to Zillow for comfort during these trying times. 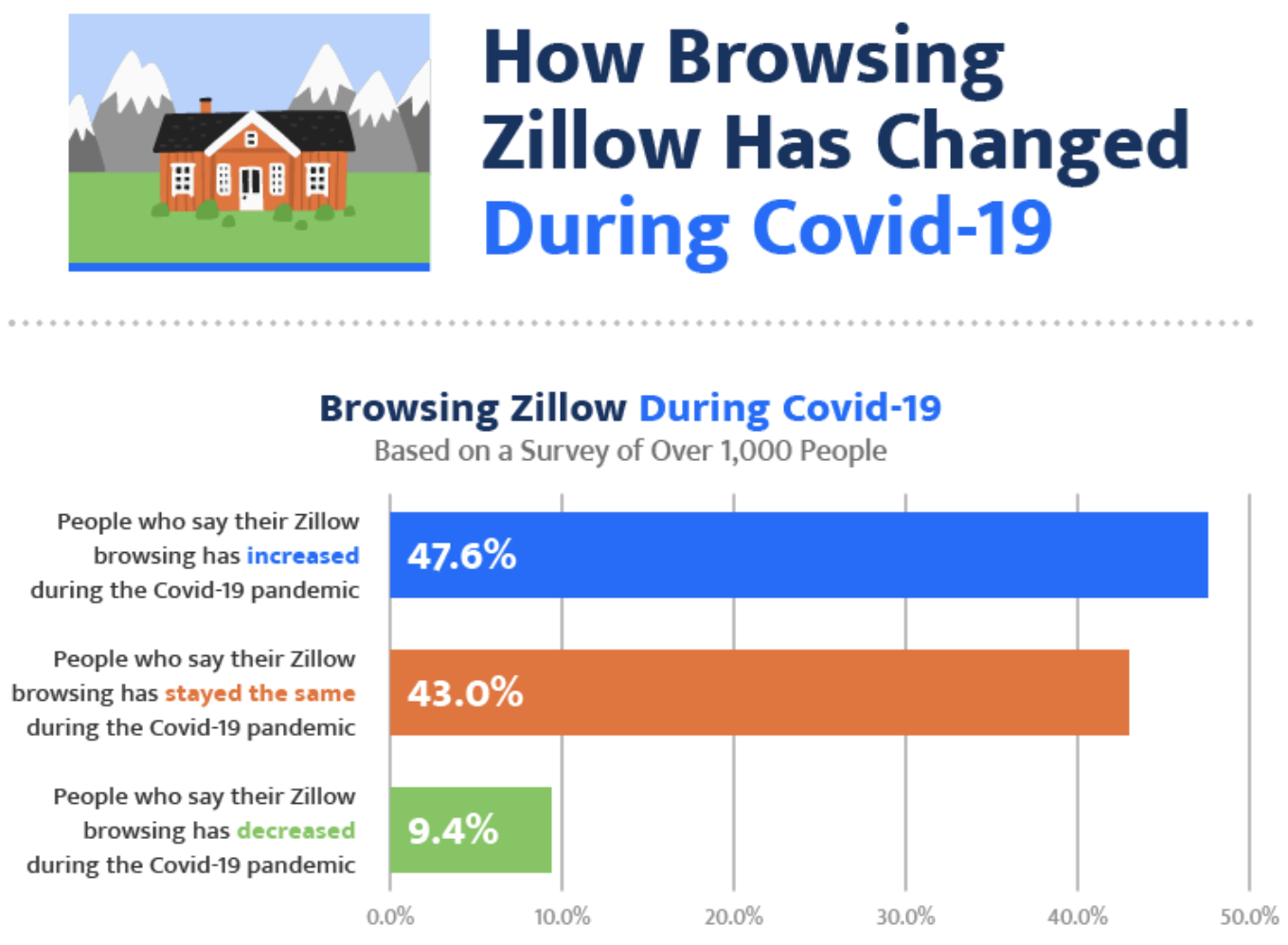 Nearly half of survey respondents (47.6 percent) stated that their Zillow scrolling habits have increased over the course of the pandemic. Data further revealed that this increase in Zillow browsing was most significant among Gen Z survey responders, 59 percent of which said they ended up spending more time on Zillow over the course of the pandemic. For a demographic that is both likely the most tech-friendly and least likely to have strong home purchasing power, increased dreams about Zillow listings makes sense.

With inventory at insane lows and the competition more intense than ever, more homebuyers may just take to Zillow to fantasize about their dream home a bit longer before deciding to enter this crazy hot housing market.

Sales and marketing tips from an Emmy Award winner

Is The Housing Inventory Crisis Almost Over?