The coronavirus pandemic and the ensuing economic fallout pushed millions of Americans to the brink of financial ruin, as they relied on unemployment benefits, credit cards, and savings to stay afloat. Now that 2020 is behind us, researchers are starting to provide more complete analyses of how renters and homeowners navigated a volatile economic landscape.

From March to December 2020, the average American increased their non-mortgage debt by $7,512, according to Clever Real Estate’s latest economic survey released on Thursday. Fifty-two percent of the 1,000 respondents said they carry a monthly balance on their credit card, and 79 percent said the balance is more than $1,000.

Although the initial lockdown temporarily slowed consumer spending, Clever said Americans’ overall spending habits didn’t change as the typical household making an annual income of $68,703 spent $62,438 on goods and services. The majority of the spending went toward housing ($20,506), transportation ($10,410), food and beverage ($8,500), and insurance and pensions ($7,354), while the smallest portion went toward healthcare ($5,049).

However, the increase in credit card usage and applications has backfired on the majority of Americans as they’re unable to fully pay their balances each month, which results in extra fees and interest.

“More than half of respondents (53 percent) said they carry a balance month to month on their credit cards, up from 47 percent last year,” the report read. “Carrying a balance leaves people paying more for their purchases due to notoriously high-interest rates on credit cards.”

“The average APR hovers around 24.43 percent for those with bad credit and nearly 16 percent across all cards, as of November 4, 2020,” it added. “Americans end up spending an average of $890 per year just in credit card interest.”

Clever said it’ll be a difficult road for Americans to pay off their debt in 2021, as 54 percent of respondents reported missing one or more payments in 2020, and are still worried about their ability to pay this year (29 percent). 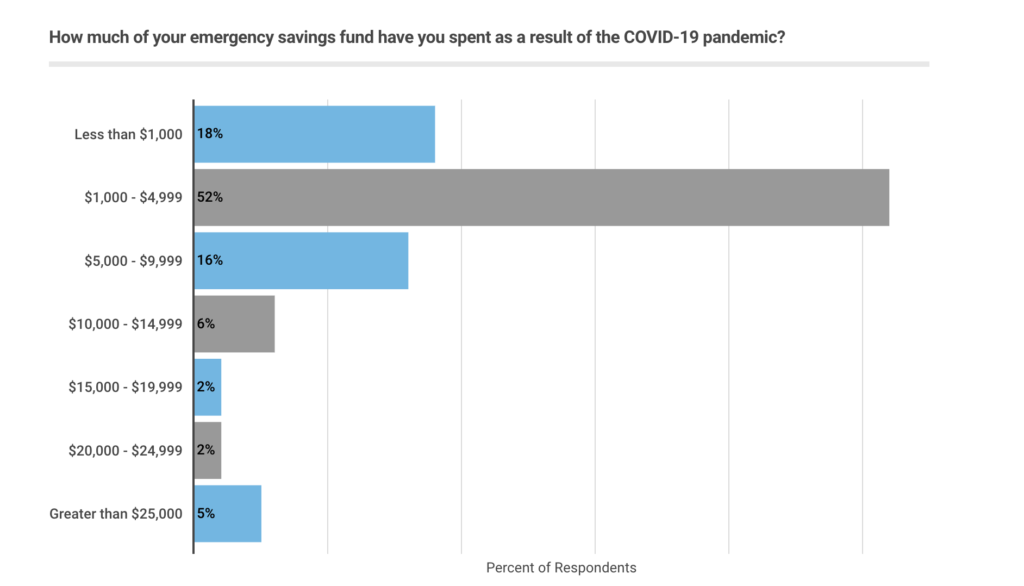 A fourth of respondents depleted their emergency funds in 2020, and 39 percent of them said they couldn’t cover a $400 emergency unless the government sends more stimulus checks. Sixty-three percent of respondents said they “strongly agree” with an additional stimulus check of $1,200 or more, with the majority saying they’d pay their bills (47 percent) or past-due debt (45 percent).

“Although the additional stimulus check would not necessarily put more money into the economy as intended, it could significantly decrease the financial burden many are experiencing during the recession, as more than 6 in 10 could cover one or more month’s worth of expenses with the stimulus cash,” Clever explained.

Lastly, Clever said millennials will likely have a harder time rebounding in 2021, as they have lower net worths and family wealth, smaller emergency funds, and greater non-mortgage debt than their parents and grandparents. Fifty-five percent of millennials missed payments in 2020 (vs 33 percent of baby boomers) and are three times more likely to miss credit card payments — a reversal of previous debt trends. 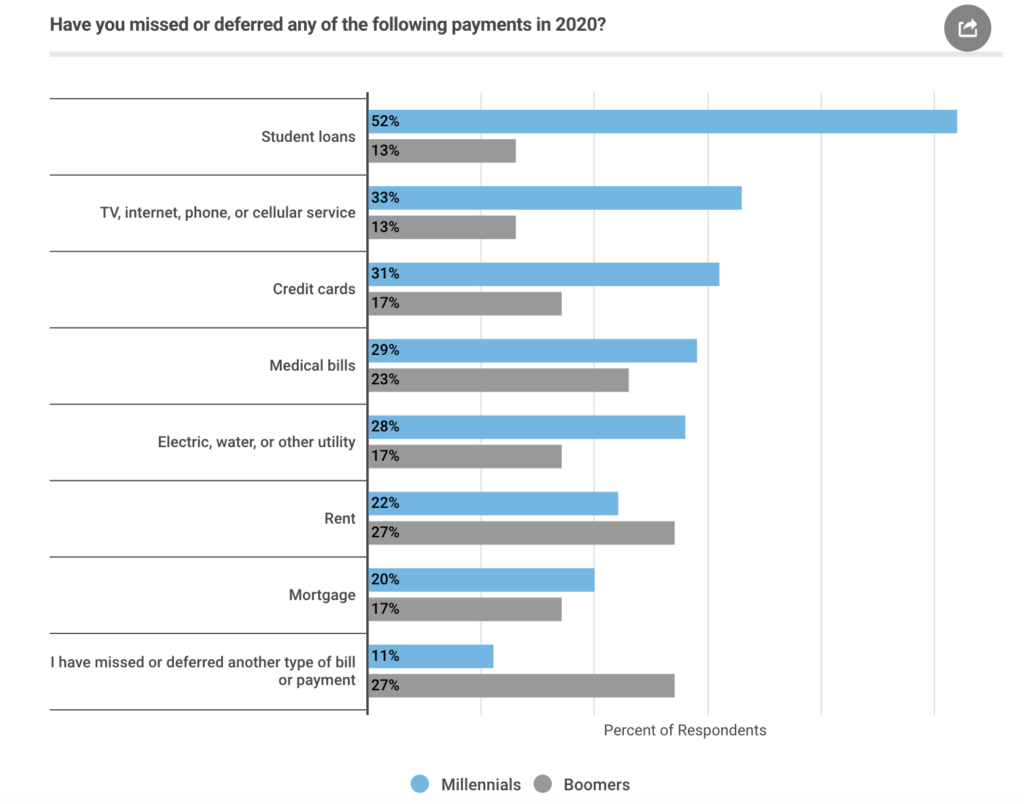 Looking forward, Clever said the jobs market’s ability to rebound will be the deciding factor in whether Americans are able to recover their financial health this year.

“Americans were woefully unprepared for the financial crisis the coronavirus brought on, and many — especially younger and lower-income earners — have been hit hard as a result,” the report concluded. “People have had to spend some or all of their emergency funds even after receiving help via the economic stimulus money earlier this year and are beginning to rely more heavily on credit cards to help cover basic living expenses.”

“Overall, Americans’ spending and saving behaviors have changed substantially over the course of the pandemic, and many will likely continue to struggle until joblessness drops to pre-pandemic levels and the economy evens out,” it added.

Ohio’s Largest MLS Rebrands With An Eye On Consolidation

Take Control Of Your Market! 3 Strategies For Generating More Listings

Don’t Fear The Content Creators: Why Zillow Gone Wild is Good For Agents

Fannie Mae’s Latest Forecast Is A Shocker: The Real Word

5 Things To Know Before Choosing A Geographic Farm

Meet The Real Estate Outsiders Who Have Lessons For Housing Pros

Don’t Fear The Content Creators: Why Zillow Gone Wild is Good For Agents

Fannie Mae’s Latest Forecast Is A Shocker: The Real Word