The travel company’s share price shot up to more than $168 at one point after an initial price of $68 per share on Thursday, the company’s first day on the Nasdaq.

On Thursday, after months of speculation, the company finally began selling shares on the Nasdaq. A day earlier, Airbnb had set an initial price of $68 per share, which would have given the company a $47 billion valuation. However, when trading actually began the share price immediately jumped up to $146 per share — more than double the initial price.

By early afternoon, prices had risen to $168 per share, though they later settled back down into the high $140 range.

Either way though, the soaring prices gave the company a valuation of more than $100 billion, which is shockingly higher than the $35 billion valuation Airbnb itself had been aiming for in early December.

Airbnb’s first day of trading also seems to confirm a recent analysis that suggested the company might be undervalued and could ultimately end up with a larger market cap than rival Booking.com. That analysis, from ValueChampion, argued that Airbnb uniquely merged the real estate and travel industries in ways that other companies haven’t managed to master.

Indeed, Airbnb has opened up a mostly new segment of the housing industry, allowing small-time property owners to easily find short-term renters. And while Airbnb began as an experiment with people sleeping on the couches of the company’s founders, today many property owners buy dedicated rental units specifically to list on the site.

The ValueChampion analysis also suggested Airbnb will have an easier time expanding into rivals’ sphere of influence than vice versa. And now in the end, Airbnb’s first day of trading did indeed push it beyond Booking.com’s $85 billion valuation. 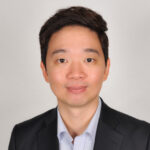 ValueChampion CEO Duckju Kang told Inman in an email Thursday that Airbnb’s initial public offering “went much better than I expected.” However, he also said that “this type of move in the market makes me somewhat uneasy.”

“Although I believe [Airbnb] will be more valuable than [Booking.com] over the long run, the stock’s initial run up already puts it well above [Booking.com’s] valuation,” Kang added. “In other words, investors are pulling forward a lot of positive expectations for the company that may not materialize as well as they think.”

Airbnb’s stock market debut comes about a month after it revealed in public documents that it lost more than $900 million in the first half of 2020. The massive losses happened thanks to the coronavirus pandemic, which effectively stopped travel in much of the world.

However, Airbnb used the hard times of early 2020 to become a leaner operation, and by the third quarter of this year actually turned a profit of more than $219 million. Clearly, investors Thursday were more influenced by Airbnb’s recent performance than its bumpy ride early in the year.

Speaking to CNN Thursday, Airbnb CEO Brian Chesky ultimately attributed Airbnb’s success to the fact that, among other things, “people still do yearn to travel.”

This Container House In The Middle Of The Desert Can Be Yours For $3.5M