Fato joined AIG in 2017 as executive vice president and general counsel. She previously served as managing director, head of the Americas and general counsel at Nardello & Co., a global private investigative firm, where she remains on the advisory board. She has also served in senior positions at McGraw Hill Financial (now known as S&P Global) and Marsh & McLennan Companies. She began her legal career at the law firm Davis Polk & Wardell.

“Achieving excellence in all that we do requires exceptional talent, and I am delighted to recognize Lucy’s important contributions to AIG with this well-deserved promotion,” Zaffino said. “Lucy has a deep understanding of the complex environment we operate in and already plays a central role in communicating with AIG’s stakeholders. I look forward to continuing to partner with Lucy and know she will bring the same level of rigor and discipline to this new role as she has throughout her legal career.”

In her new role, Garbaccio will report to Fato and David McElroy, CEO of General Insurance and executive vice president of AIG. Garbaccio joined AIG in 2018 as global head of leadership and transformation communications for General Insurance. She has more than 20 years of experience in in-house and agency leadership roles for companies including Kate Spade, J.C. Penney, LaForce + Stevens and Burson-Marsteller. 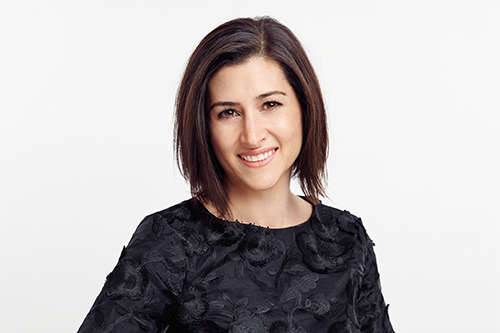 “Since joining AIG in 2018, Emily has been a strategic and effective leader, making significant contribution to the marketing and communications function in General Insurance,” McElroy said. “She has deep experience developing communications strategies for a range of organizations going through significant periods of change and growth, and we look forward to her continued leadership and perspective.”

“As we strengthen AIG’s long-term strategic positioning, it is increasingly important that our stakeholders have a clear picture of our businesses, strategy and value position,” Fato said. “I look forward to working with Emily and our global marketing and communications colleagues as we continue to work toward becoming a top-performing company.”