The world may have been thrust into chaos in 2020, but the year was ultimately kind to Redfin.

After initially responding to the coronavirus pandemic like many companies with staffing reductions, Redfin soon saw surging demand for housing as the year wore on. By the third quarter of the 2020, the company raked in $237 million in revenue — beating what analysts had forecast for the firm.

That leaves Redfin well-positioned heading into 2021. To get a sense of how Redfin has done lately and where the near future might lead, Inman spoke with CEO Glenn Kelman, as well as several independent industry experts. The overall takeaway from these conversations is that Redfin is not going anywhere; the company has a unique and diversified business model, even if other powerful firms also have somewhat overlapping strategies.

The company may face bumps in the road — for example, a fair housing lawsuit — but there’s no reason to assume that Redfin’s immediate future won’t mirror its recent past.

Redfin’s iBuying program, Redfin Now, has been among the firm’s highest-profile recent projects. The company temporarily suspended the program in the early days of the pandemic, but spent later parts of 2020 expanding it, including to relatively pricey California.

It’d be easy to interpret Redfin Now’s California expansion as an example of the strategy the company might pursue going forward. When everyone is iBuying in Phoenix, the logic goes, will Redfin differentiate itself with different markets and price points?

Kelman pushed back somewhat to that idea, describing some of Redfin’s markets in the state as “outliers.” He also said that most iBuyers have focused on doing fewer renovations to homes and instead zeroing in on volume. By contrast, Redfin has found that in some cases it makes more money by investing more in renovations on a property.

“Sometimes you can make a good margin there,” Kelman said.

The overall idea here is that Redfin’s strategy with iBuying seems to be somewhat more experimental than some of its peers, with the company willing to explore atypical avenues such as more expensive cities and different renovation strategies.

Redfin has also kept its iBuyer smaller than some other companies. Real estate analyst and consultant Mike DelPrete told Inman that Redfin is a top four iBuyer, but that they nevertheless do far fewer transactions than a company like Opendoor.

DelPrete envisions Redfin keeping its iBuying business as a relatively “small piece of the pie” in the near term. He also said that in terms of scaling up that side of the business, Redfin has been relatively conservative as it figures out what works — which he expects to continue as well.

“I think it’s unlikely that they would leap frog anybody in the iBuying space,” DelPrete said. “It just doesn’t fit their M.O.”

Speaking of being conservative, both DelPrete and Steve Murray — president of ranking and consulting firm Real Trends — agreed that one of Redfin’s defining characteristics is that the company grows much more slowly than other big names in real estate. 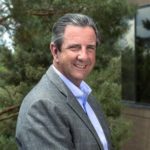 “I look at their numbers every quarter and they grow, but it’s not rapid growth in their core brokerage business,” Murray told Inman. “Compare their growth rate to eXp’s, and it’s night and day.” Whether or not that’s a good thing or a bad thing is up for debate. And while Redfin has had profitable quarters, Murray said overall the firm has “a long way to go to be a profitable company.”

DelPrete said that as a result Redfin risks being overshadowed in the public consciousness by flashier companies like Compass and Opendoor.

“Is Redfin’s conservative nature going to inhibit its ability to gain a disproportionate amount of marketshare?” DelPrete wondered. “They’re getting decimated by the competition in terms of ‘mind share.’”

Still, DelPrete and Murray were fairly bullish overall on Redfin’s growth prospects. Murray said the company has “a very strong platform” and “good metrics to some of their basic business.”

DelPrete was similarly optimistic, and mentioned the fable of the tortoise and hare — which of course ends with the slower more conservative tortoise beating the faster hare. In this analogy, Redfin is the tortoise, with a focus on the “nuts and bolts” of the industry, according to DelPrete. And he added that Redfin’s uniquely comprehensive collection of services actually gives it a major advantage, slower growth notwithstanding.

“Redfin is the only company I’ve found that combines a real estate brokerage with a market-leading portal. That’s unique. No one else has that,” DelPrete said. “The best case scenario is actually where Redfin is at right now.”

DelPrete’s comment about Redfin’s various offerings highlights just how diverse the company’s business has become. In addition to iBuying, Redfin also offers mortgages, title and escrow, a direct buying service for consumers who don’t want to work with agents, and even a concierge program that does staging and light repairs.

Some of these services represent challenges in themselves. For example, Kelman told Inman that with Redfin Concierge in particular, it’s “taken us longer to develop than I thought” and that consistency is sometimes an issue.

“Scaling renovations is difficult,” he said.

It makes sense that doing physical work on a house would be more difficult than, say, designing an algorithm for streamlining a task (which is what many real estate startups are doing). But Kelman also framed this issue as an opportunity, saying that consumer demand for concierge services has been high.

“People want the product,” he explained. “Our hope is that persistence pays off. That you stick with it and you keep working.”

Redfin Concierge is currently available in Southern California, the Bay Area, Seattle and Washington, D.C., and Kelman said in the future it should be a “major part of our sales.” Kelman believes it may take a few years to get there, but the point is that Concierge represents the company’s strategy of growing by expanding various services beyond its core brokerage business.

Something similar probably applies to Redfin’s other services in the near future.

“I think their mortgage business can grow,” Murray said. “It should be able to grow fairly steadily.”

DelPrete agreed, pointing to Redfin’s ancillary services as one of it strongest features.

“Redfin is like the hipster of the real estate tech community,” he said. “They believed in a one-stop-shop ecosystem before it was cool. They believed in those ancillary services. And they’re just kind of continuing that slow and steady pace.”

Kelman didn’t say what might specifically be in store for Redfin’s various ancillary services in 2021, but he did hint that Redfin will continue investing in things beyond its brokerage and portal businesses.

“I do think there’s a long arc of history that shows real estate services are consolidating,” he said. “Generally standalone lenders, standalone iBuyers, standalone real estate websites are trying to develop a strategy that we’ve been working on for a long time, which is to put all of that together.”

Redfin interacts with the agent community in two ways. First, it employs its own agents, and on this front, 2020 was a learning experience. In March, when the extent of the pandemic began to come into focus and real estate activity ground to a halt, Redfin furloughed 41 percent of its agents. However, Kelman now sees that move as a mistake.

“Our furlough was a mistake,” Kelman told Inman. “The market recovered very quickly and we could have gained more share if we stuck by our people. More importantly, I just wish we’d stuck by our people as an end in itself. That’s the first lesson I draw from this year.”

The comment echoes previous remarks from Redfin’s Chief Financial Officer Chris Nielsen, who indicated last month that furloughing agents forced the company to play catchup. What this means going forward is tough to say, though it does suggest that Redfin will continue beefing up its core brokerage business and that it is currently attempting to draw lessons from 2020.

Redfin also runs a partner program, which involves providing leads to non-Redfin agents. Murray told Inman that he thinks Redfin can expand the program “well beyond where it is now,” and that in the future it “may become far more important to their overall performance.” 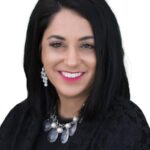 Stephanie Sandoval owns a HomeSmart franchise in Arizona and both she and eight of her agents are Redfin partners. She praised the program, explaining many of her agents use it as one of the primary pillars of their business. The leads tend to be high quality and, like Murray, Sandoval sees the program as significant for Redfin going forward.

“I don’t see Redfin going away,” she added.

One of the later-breaking stories this year regarding Redfin involved a fair housing lawsuit that a group of advocacy groups filed against the company. The suit accuses Redfin of “redlining” by, among other things, setting different price points for its services in predominantly white verses minority neighborhoods. The case has prompted some criticism of Redfin, as well as speculation that it could ultimately shape broader industry practices. 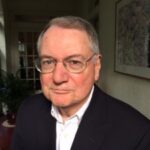 The suit will continue being an issue for Redfin going into next year. And Stephen Brobeck, a senior fellow at the Consumer Federation of America, told Inman that Redfin’s “discriminatory practices are explicit, egregious and should be terminated.”

That said, no one who spoke with Inman for this story (including several people who would only discuss details of the lawsuit off the record) thought the case would sink Redfin or otherwise derail its broader ambitions. The general consensus seemed to be that Redfin might have to make some adjustments to its practices, but that ultimately the case won’t fundamentally change what Redfin is.

Still, there are challenges. Asked about the case, Kelman said that “our challenge is paying a living wage to everyone” who works for Redfin.

“It’s just a dispute about where we are in that balance,” he said of the case.

The comments reiterate Kelman’s prior defense, when he wrote in a blog post that Redfin focuses on certain areas over others because it has to make enough money to pay agents. Going forward, then, Redfin may need to find a way to tweak that balance.

Kelman — who has been an outspoken advocate for housing equality — also disagreed with the characterization that Redfin only serves certain consumers, saying that “we serve every visitor on our website” either via a Redfin agent or by referring people out to partners.

Kelman doesn’t see Redfin ever building the capacity to handle every transaction on its own, comparing that prospect to asking airlines to ensure they never sell out of seats or restaurants to promise that everyone can always get a table. But he did say that Redfin has a pattern of expanding its services.

“The company is committed,” he added, “to selling every possible house.”

Here’s What You Need To Know About Opendoor Exclusives

I Only Have Pies For You! 7 Pop-By Ideas Your Clients Will Fall For

Why Are So Many Real Estate Agents Leaving? The Real Word

Surveys Reveal Why Some Homebuyers Don’t Shop For A Mortgage

Here’s What You Need To Know About Opendoor Exclusives

I Only Have Pies For You! 7 Pop-By Ideas Your Clients Will Fall For

Why Are So Many Real Estate Agents Leaving? The Real Word