After facing a bout of uncertainty at the start of the pandemic, Realogy roared back into action and saw some record-breaking quarters in 2020. During both the third and fourth quarters of last year, Realogy earned $1.9 billion in revenue, an all-time company high.

The company has had its ups and downs over the past year, including launching a legal battle against Compass, but overall, it’s in a strong position. At the end of 2020, the company hired Felicia Williams as its first Black board member, reinforcing its commitment to diversity, and it just recently earned the No. 1 spot on the T3 Sixty enterprise list.

So, who are the people making it all happen at Realogy? Among others at the helm, the following five company leaders are continually forging ahead with new initiatives to help Realogy keep apace with the competition.

In November 2020, Sue Yannaccone made history by becoming Realogy Franchise Group’s first female CEO. Yannaccone’s robust, 20-plus-year career in the industry has helped her get where she is today — before becoming CEO, Yannaccone served as regional executive vice president of the Eastern and Midwest regions of Coldwell Banker.

Yannacconne also launched in 2020 “Portraits of What Moves Her,” a conversation series that went virtual in response to the pandemic, and highlighted a number of industry leaders and topic experts to help women in the industry develop leadership skills and grow their network. The series has grown over the past year to attract thousands of attendees.

Just recently, Realogy announced it would be expanding “What Moves Her” as a greater campaign committed to helping educate and inspire women in the industry to advance in their careers. In addition to the continuing virtual event series, the expanded campaign will also include leadership programs that will be available exclusively to Realogy-affiliated brokers and agents focused on establishing gender-diverse, equitable and inclusive cultures.

At a recent Inman Connect, Yannaccone emphasized the need for agility and empathy by leaders in the industry now, as the world continues to grapple with the coronavirus pandemic.

“It was more important than ever, and I hope we don’t lose [this] — we need to lead with empathy,” Yannaccone said. 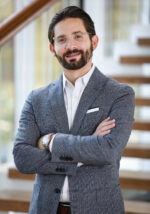 In his roughly three years at Realogy, Jason Riveiro has made an impressive footprint on the company. Riveiro started out as a growth markets consultant for Realogy, but quickly moved up into director roles, leading him to his current position as senior director of global growth markets and inclusion.

Riveiro has maintained an active presence both within Realogy and the real estate industry at large since he entered the industry around 2017. In addition to his focus on growth markets, Riveiro manages the Inclusive Ownership program, a program started at Coldwell Banker in 2020 and later expanded to all Realogy brands as of 2021, which aims to increase representation of minorities, women, LGBTQ+ and veteran broker/owners within the franchise.

Riveiro also helps manage Realogy’s “Agents of Change” series, an event and speaker series organized to celebrate diverse agents and provide networking opportunities for professionals across the brand, as well as recruit outside agents. The forum was created through a partnership with Freddie Mac, and over 2,000 agents across Realogy brands have participated as of numbers tallied at the end of 2020.

In the spring of 2020, Riveiro also started his own podcast called “Multicultural Real Estate Pros,” which largely focuses on diversity issues within the industry. Riveiro has used the podcast as a platform to interview diverse professionals and leaders in real estate on topics like “What is important to the LGBTQ Homebuyer?” and “Passion and Patience: Black and Latino First-Time Homebuyers.”

Riveiro’s efforts in the diversity and inclusion space haven’t gone unnoticed. Back in March of 2020, he was appointed as chair of the National Association of Hispanic Real Estate Professionals (NAHREP) 2020 Corporate Board of Governors to lead relationships with the organization’s corporate partners.

“In a relatively short period of time, Jason has become one of the most important young executives in the industry,” 2020 NAHREP President Sara Rodriguez said at the time. “I have no doubt that our corporate board will benefit tremendously under his leadership.”

Bonnie Sue Lovelace has made a significant impact on agent training systems across the company’s different franchises in her nearly four years at Realogy.

During the fourth quarter of 2019, Lovelace overhauled the company’s training program, transitioning from more passive, TED talk-style trainings to a more engaging program with individualized pathways for agents to pursue, depending on their career level or specific needs. (Realogy’s training platform is called “The Learning Platform.”) It also opened up the possibility for agents to interact with one another on the platform and create methods of accountability, fostering a little bit of healthy competition.

When the pandemic hit last year, Lovelace quickly transitioned all courses through the training program to on-demand and virtual delivery. She also started to roll out “just in time” content that agents would need as the market continued to adjust and change in response to the pandemic, including content specific to different markets so that agents could gather information most relevant to their business and their clients.

“[Realogy’s breadth] is a huge benefit because we do get to see how different regions are performing and we tailor that training per region,” Lovelace told Inman at the time.

Then in 2021, Lovelace helped ramp up training offerings at the company even further by unveiling a mobile app version of The Learning Platform branded specifically to each franchise. The mobile version allows for handy features like easy-to-access podcasts and videos, as well as push notifications to remind agents when they’re closing in on achieving a goal, allowing them to make progress on their personal growth from anywhere. 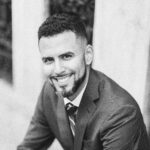 Chris Padilla has been keeping busy since he joined Realogy in 2017. During that time, Padilla has quickly risen from a director on the product development team, to senior director, and is now vice president of product. Prior to joining Realogy, Padilla spent a few years working on tech products for Starwood Hotels and Resorts.

“Chris’ fingerprints and keen understanding of how all of Realogy’s products align together, can be found deep within every product that Realogy builds,” a spokesperson for Realogy told Inman in an email.

Currently, Padilla is overseeing the development of a number of Realogy’s in-house built products, which include Leads Engine, Transaction Manager, iProspect and Social Ad Engine.

“A strong advocate for robust product management mindset and methodology, Chris drives a high pace of innovation,” Simon Chen, Realogy’s executive vice president of product and innovation, told Inman in an email. “Internally, Chris is also revered as a passionate advocate for growth. He led the first annual P/TCH competition, an ‘intrapreneurial’ initiative across Realogy to leverage our greatest asset: our employees.”

After nearly 13 years serving in Realogy’s legal department, Shacara Delgado was promoted to the company’s chief ethics and compliance officer position in 2019, while maintaining a joint position as senior vice president of employment law.

Delgado’s solid track record at the company helped earn her the promotion, with Executive Vice President and General Counsel Marilyn Wasser saying at the time, “I can think of few people more qualified to lead our programs than Shacara. She has shown great leadership, anticipating key issues for the industry and developing strategies to address those matters, while consistently operating with the highest level of integrity.”

A spokesperson for Realogy told Inman that Delgado has truly led the company’s efforts at integrity over the last few years, helping it maintain a 10-year streak as one of the World’s Most Ethical Companies as named by The Ethisphere Institute, an organization that seeks to define and advance standards of ethical business practices.

Ethisphere named 135 companies to its 2021 World’s Most Ethical Companies list. Other real estate companies that made the list for 2021 included CBRE, DTGO Corporation (based in Thailand) and JLL. About one-quarter of the 2021 honorees had received the designation from Ethisphere for at least 10 years, like Realogy.

During the pandemic, Delgado adjusted the company’s ethics and compliance offerings to meet the moment. As employees shifted to working remotely, Delgado helped guide the company in updating its Information Management Policy to address how to appropriately manage electronic records and other digital information. She also led the Ethics and Compliance department in adapting existing trainings into short, online trainings that the company called “burst” trainings.

Inventory Insanity: When Will This Supply Shortage End?