The luxury real estate market has always been amenities-focused, but — as with every industry — the sector has sought new ways to innovate in the pursuit of offering customers the latest in lavishness.

For some ultra-luxury developers, the instinct to indulge high-end living has extended into the exclusive world of private, membership-only clubs.

Private clubs, including alumni clubs, like the Harvard Club and the Yale Club, or country clubs, like the National Golf Links of America in Southhampton, have long represented the ultimate in exclusivity.

For an industry that sells status and comfort, a private club membership is the ultimate add-on, offering luxury buyers the very thing they’re looking for in the luxury market — exclusivity.

The Britely at The Pendry Residences

The bar at The Pendry | Image: Pendry West Hollywood

The Pendry, a 40-unit luxury condominium in West Hollywood completed by Montage Hotels and Resorts in 2021, embodies the luxury market’s emphasis on convenience, exclusivity, and comfort.

It’s in that vein that owners of apartments at The Pendry are automatically given memberships to The Britely — an exclusive club within the Pendry West Hollywood Hotel that has a membership cap of 2,000, but to which residents are given automatic access to its Wolfgang Puck-curated food and dining options, three private bars and lounges, private screening room, music venue, and spa.

According to Tina Necrason, Montage Hotels’ vice president for residences, that level of exclusivity and community is something some buyers in the luxury market have come to expect.

“This whole notion of exclusivity and building community and this sense of belonging — this is becoming increasingly more important to people when they’re checking the boxes,” she said.

Membership to The Britely, which costs $2,800 a year for non-residents, offers more than just an exclusive hangout, but a compound of the types of things buyers are looking for when they consider a luxury building, according to Necrason.

“People are seeking privacy, security, togetherness, time,” she said. “The most sought-after thing is time, and making things really effortless for them so they can enjoy their time.”

Necrason predicts club membership will only become more common in the luxury market, and demand is already seeing an uptick in new developments.

“It’s not quite an expectation yet, but it’s definitely becoming more common,” she said. “The question is being asked everywhere, every developer now is asking ‘Can you do a private club?’” 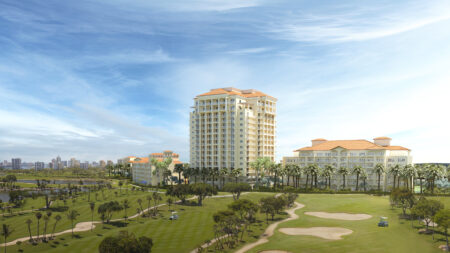 When wealthy buyers from the Northeast are looking to relocate to sunny Florida, they often intend on bringing their way of life with them.

For many buyers, this translates into country club membership, said Jim Cohen, president of Residential at Turnberry Ocean Club Residences in Sunny Isles.

“They’re so accustomed to the private country clubs that they belong to now in the Northeast that when they’re making their home decision they’re really making it off of, ‘Well, what country club can we belong to?’” Cohen said.

This has put the Turnberry Ocean Club Residences, a 52-story residential tower designed by architect Jeffrey Soffer with 154 residences, at a unique advantage. The tower was developed adjacent to the Turnberry Isle Country Club, a club with a longstanding reputation dating back to its opening in the early 1970s, and an even longer waiting list.

Buyers at the Turnberry will receive a one-year social membership to the club where memberships start at $20,000 per year, allowing access to its two golf courses, waterpark, members-only dining options, and private marina, eliminating the need for buyers to hunt for a second country club that will accept them.

“These country clubs really have become very difficult to get into — the top-notch ones,” Cohen said.

Packaging a luxury home with country club membership has allowed Turnberry, which currently counts roughly 2,000 members at its country club, to offer an exclusive in-demand service.

“It’s a major driving force of why people want to buy our product,” Cohen said. “They’re not only looking for a fabulous home but for a lifestyle to support it.” 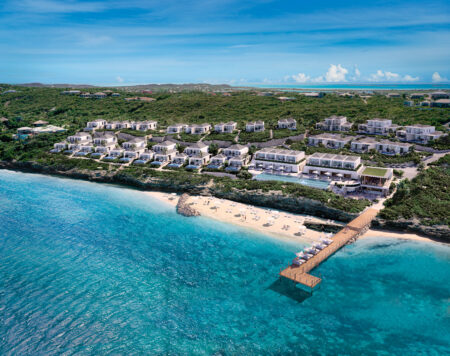 While some developments offer a club membership as an added perk for their buyers, Rock House, a new resort residence being developed in Turks and Caicos with an anticipated opening in the Spring, is developing its residences with its beach club as its centerpiece.

Mark Durliat, founder and CEO of Grace Bay Resorts, says he envisions the club in the style of a beach club in the Mediterranean, with the main resort elevated above the water and with a smaller beach club down below.

The developer says his time working as a dingy boat operator at a beach club on the French Riviera inspired his vision for what will he says will be the first beach club of its kind on Turks and Caicos.

The beach area of the development is furnished with a full-service club with a bar, cabanas, parasols, a restaurant, a 130-foot jetty, and the opportunity for diving and sailing excursions. Owners at the 38-home Rock House will have private access to the club, along with anyone who rents a cabana for the day, though Durliat expects owners to be the primary users of the club most of the time.

The addition of a beach club adds value to the home sale. Homebuyers are not just buying property, they’re buying an experience, according to Durliat.

“Usually we just saw it’s a beachfront condominium or a beachfront home,” he said. “In this case we wanted to create a spirit of exclusivity. Calling it a beach club gave it that exclusivity.”

The Sentry at the American Copper Buildings 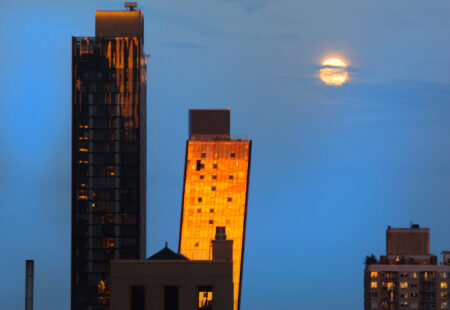 Situated atop one of Manhattan’s most visually striking apartment buildings, the American Copper Buildings on First Avenue, The Sentry offers resident-members access to a bar, lounge and swimming pool 42 stories above the streets of Manhattan’s East Side.

While the rooftop bar and lounge are open to non-members on select occasions, the pool is always members-only. Membership applications start at $2,600 for a single resident and $4,300 for couples, and starts at $3,000 for non-residents.

Membership comes with more than just access to the roof — it includes yoga classes, meditations, astronomy sessions and access to the Sentry’s TriBeca location as well.