With President-Elect Joe Biden and Vice President-Elect Kamala Harris’ inauguration mere hours away, the world’s attention is on one of the most famous residences in history — the White House. Despite its iconic status, there’s plenty of facts about the residence, government building and museum that many Americans don’t know.

In honor of Inauguration Day, here are 15 facts about the nation’s most famous home:

1. The White House had a rough start

The White House had a tumultuous beginning, with it taking nine years to build the first version of the world’s most famous residence. George Washington chose the location in 1791, and John Adams was the first president to move into the home in 1800. However, the home was partially destroyed in the War of 1812 and wasn’t livable again until 1817 during the Monroe Administration.

2. An immigrant designed the White House

The second and current version of the White House was designed by James Hoban, an Irish immigrant. It’s rumored that Hoban won the opportunity to redesign the residence through a newspaper contest. Hoban used the Irish Parliament’s Leinster House as an inspiration, and the residence was rebuilt by a crew of Irish and Scottish immigrants alongside free and enslaved Black Americans.

In the early days of the United States, legislators argued over the location of the newly formed nation’s capital. Washington favored what would become Washington, D.C., but others pointed to Philadelphia as an established bastion of American government. The city even built its own version of the White House to change Washington’s mind, but he refused to stay there. 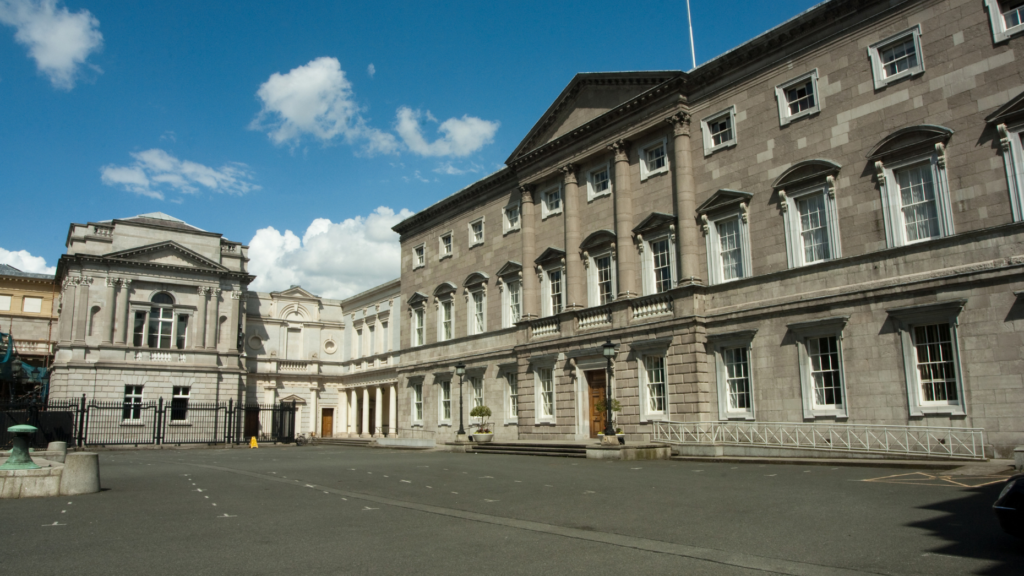 The White House was originally called the Presidents’ House or the Executive Mansion (doesn’t have the same ring to it, huh?). However, the lime-based whitewash on the stone exterior inspired journalists to begin calling the residence by the name we use today. It wasn’t until 1901 that Teddy Roosevelt officially changed the name.

5. Jefferson’s vie to be ‘the people’s president’

If you’ve ever taken a tour of the White House, then you have Thomas Jefferson to thank. Jefferson started the tradition of public tours during peacetime.

For more than a century, the White House was the nation’s largest residence with six floors, 132 rooms and 35 bathrooms. The residence also has 412 doors, 147 windows, 28 fireplaces, eight staircases and three elevators. 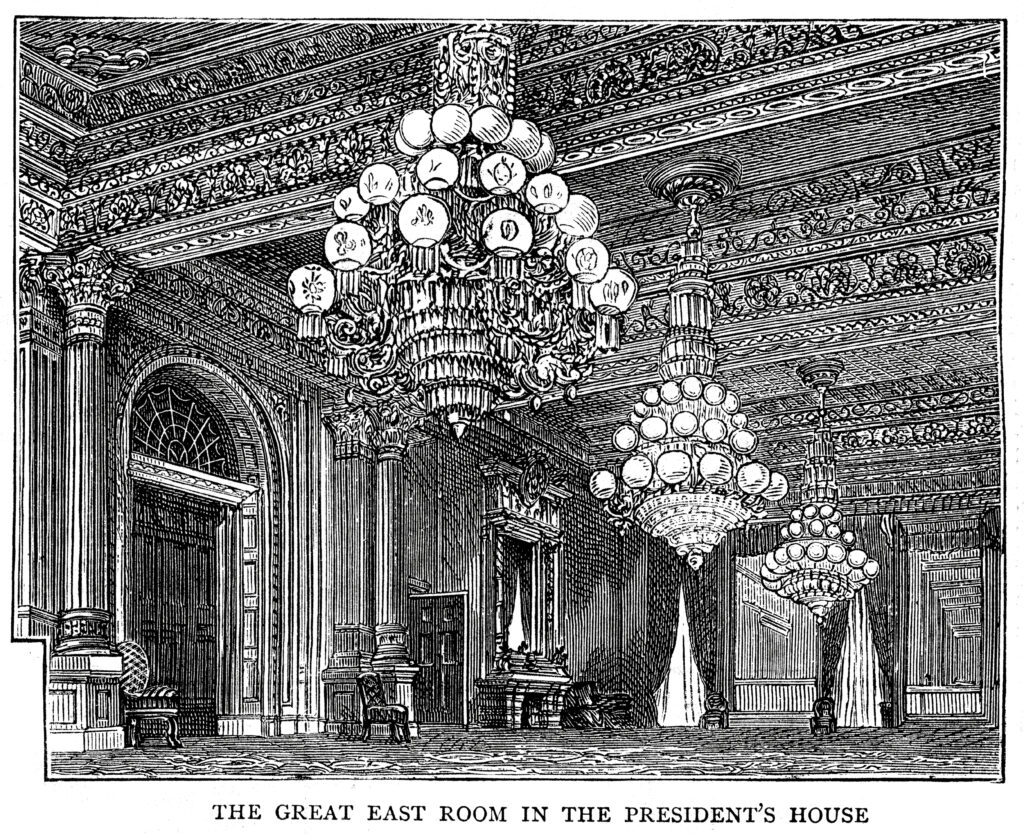 7. A dummy’s guide to the White House

The White House’s ground floor includes an expansive kitchen and pantry, Secret Service offices, a private doctors’ examination room, and areas for the gardeners, carpenters and other staff members. The first floor is dedicated to entertaining and the second floor includes family rooms alongside offices. Meanwhile, the third floor is completely dedicated to the First Family with bedrooms and entertainment spaces. The fifth and sixth floors (actually on the bottom) are composed of a two-story basement.

The West Wing wasn’t always attached to the White House. Teddy Roosevelt built the wing to keep the White House’s business and residential functions separate (I mean, he had six kids); however, William Taft decided to connect to two spaces.

9. The mystery of secret rooms

Despite rumors, officials maintain there are no secret rooms in the White House (but would they tell us if there were?) There’s only a secret passage that allows the president, the First Family and other staff to quickly escape to an emergency bunker. 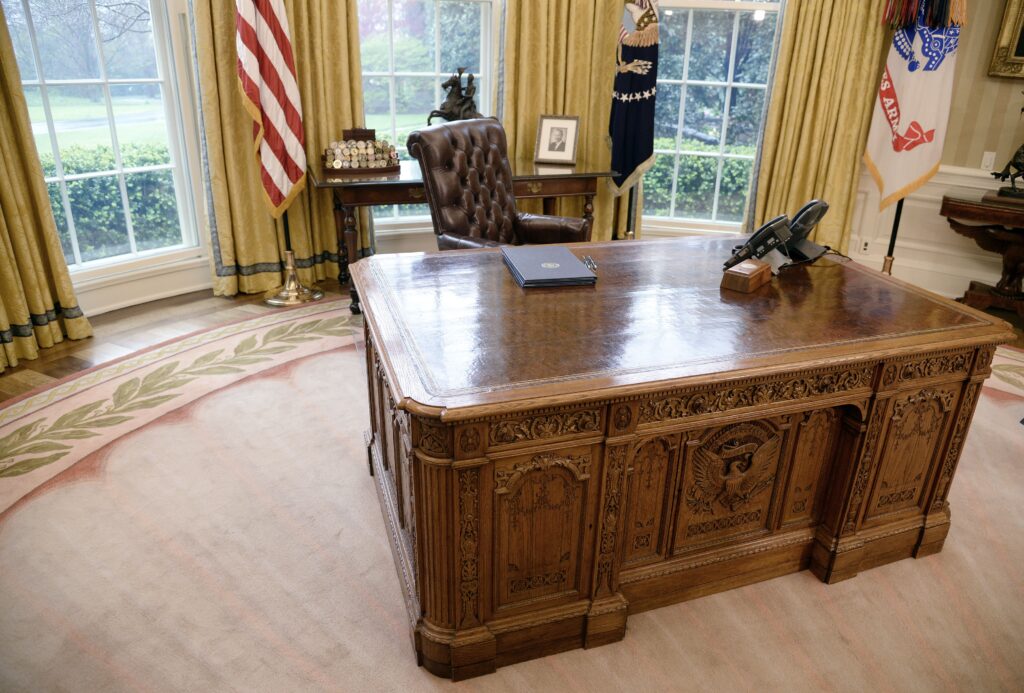 10. The White House became wheelchair accessible thanks to FDR

Franklin Delano Roosevelt made the White House accessible, as the president frequently relied on a wheelchair due to complications from polio. He also added an indoor swimming pool for his therapy sessions, but it was filled and covered to create the press briefing room.

It takes a lot to keep the White House white — painters require 570 gallons of paint to keep the residence pristine. The painting maintenance includes yearly large-scale projects alongside needed touch-ups to the interior and exterior walls.

12. The origin of America’s most famous desk

The famous Resolute Desk was a present from Queen Victoria to Rutherford Hayes in 1880. The 1,100-pound desk is made from the remnants of the British Arctic exploration ship, HMS Resolute. The desk has been moved around the White House, with it being seen in the president’s broadcast room or other second-floor offices. However, Jimmy Carter brought the desk back to the Oval Office, where it’s been ever since. 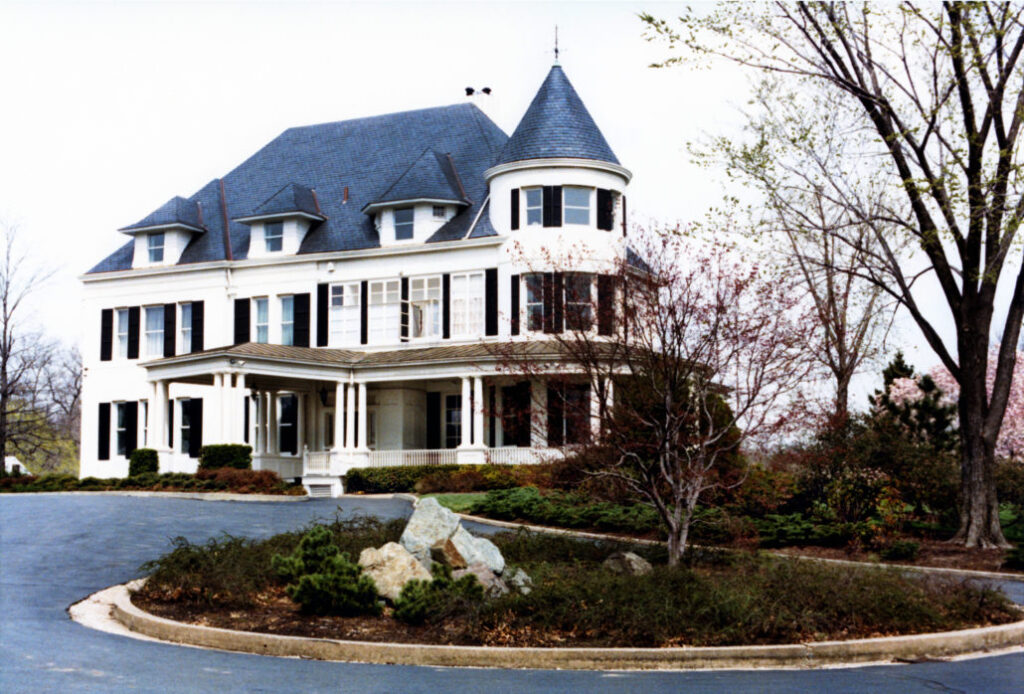 The first picture of the vice president’s home at the USNO | Credit: Number One Observatory Circle

Although the vice president spends much of their day at the White House, they actually live in a mansion on the grounds of the United States Naval Observatory (USNO). The home was originally built in 1893 as the residence of the superintendent of the USNO. However, vice presidents didn’t start living in the mansion until the 1970s, when the cost of securing private residences became too much.

Although the White House is priceless, it’s still fun to imagine what it would take to buy the nation’s most famous home. Zillow has been estimating the White House’s value since 2009, and the latest Zestimate comes in at a whopping $415.7 million. Assuming you could provide a 20 percent down payment, you’d need to shell out more than $83 million.

The White House isn’t only a residence and government building. It received a museum accreditation in 1988.